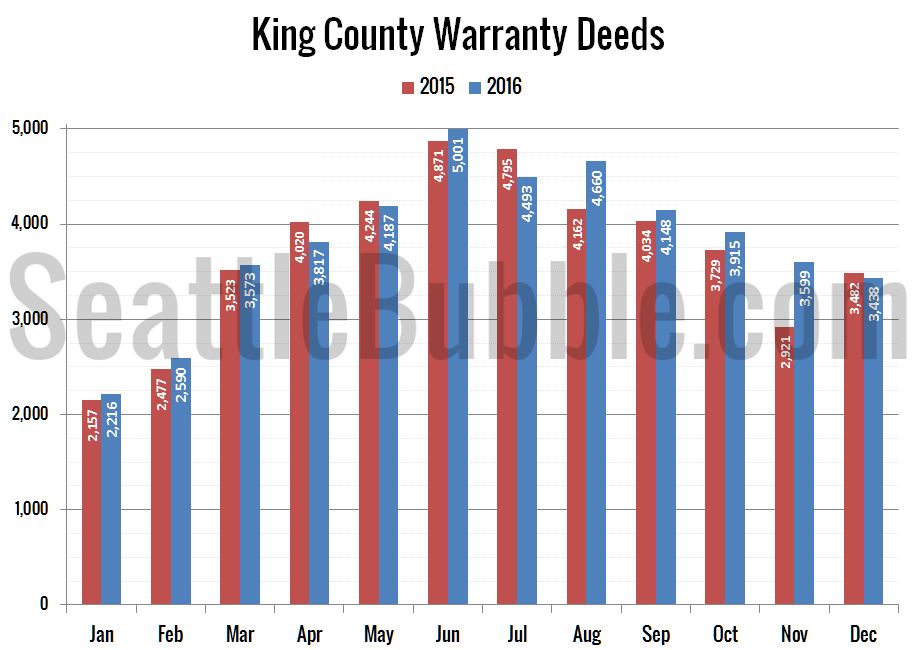 December is done, so let’s take a look at the local housing market stats for the month. Short story: Record-low inventory and sales falling just slightly. 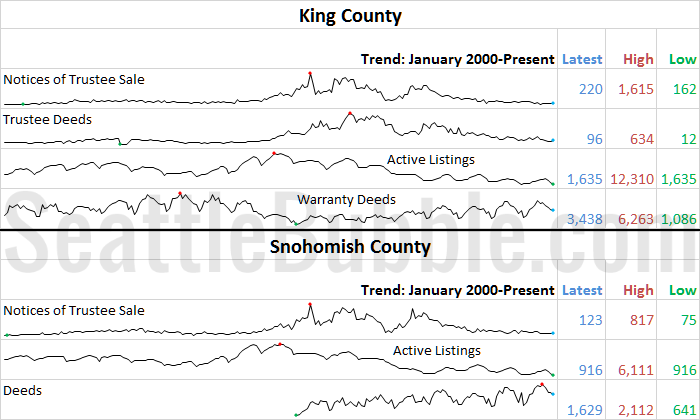 Sales came in weaker than last year, and also fell from November to December. Listings dropped to new all-time lows in both counties. Foreclosures are still at their historic lows. 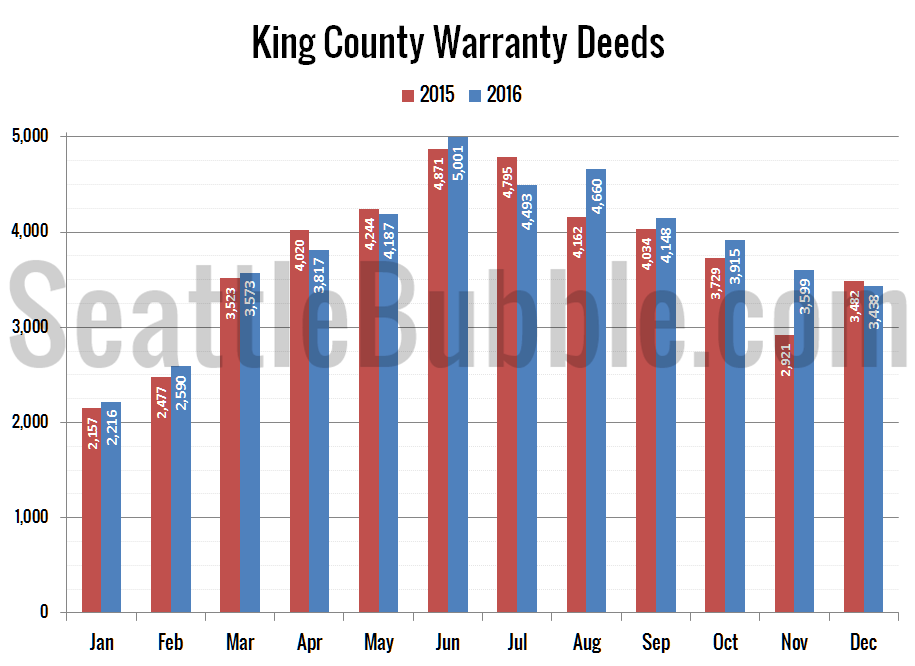 Sales in King County fell four percent between November and December (a year ago they rose 19 percent over the same period), and were down one percent year-over-year.

Both counties saw wild swings in the year-over-year sales numbers, from huge double digit gains in November to down slightly in December. 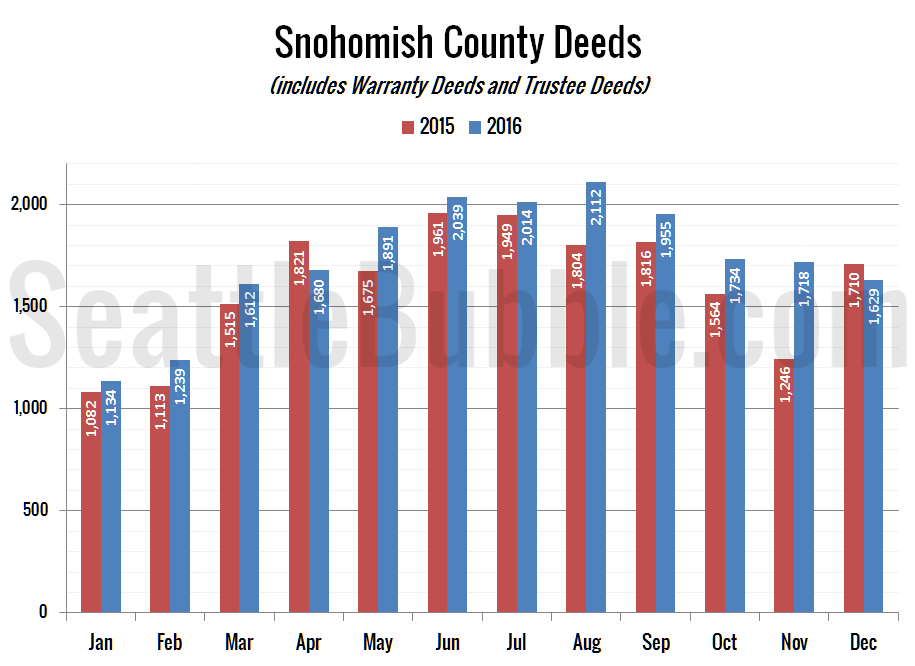 Deeds in Snohomish fell five percent month-over-month (vs. a 37 percent increase in the same period last year) and were down five percent from December 2015. 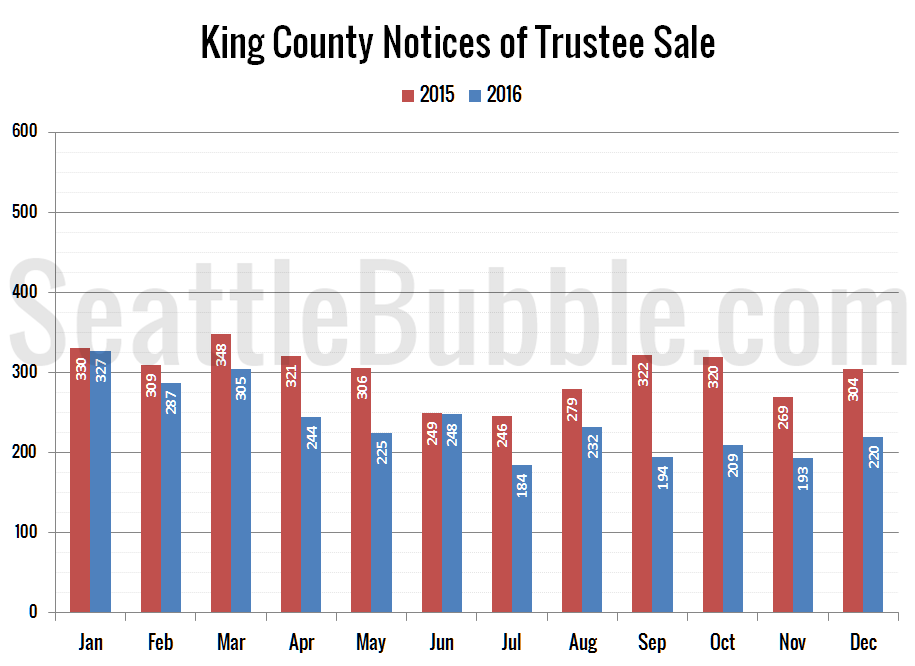 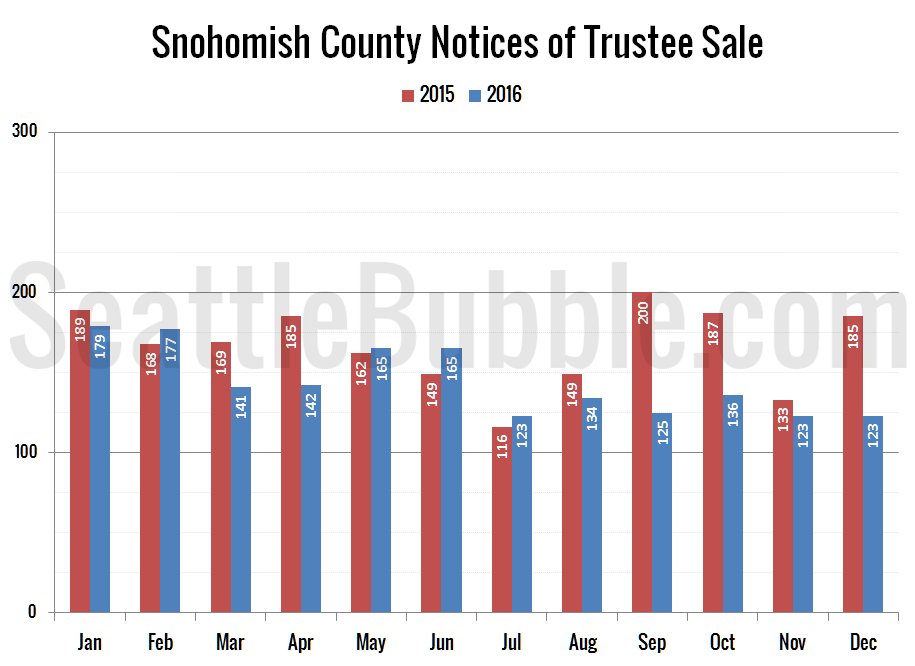 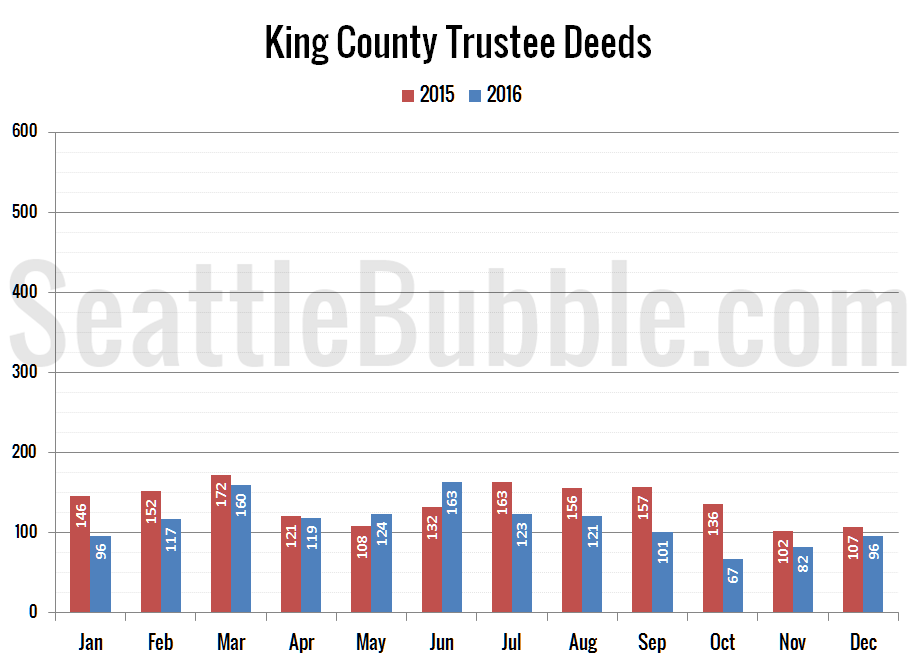 Trustee Deeds were down 10 percent from a year ago. They’re basically bouncing along the bottom at this point. 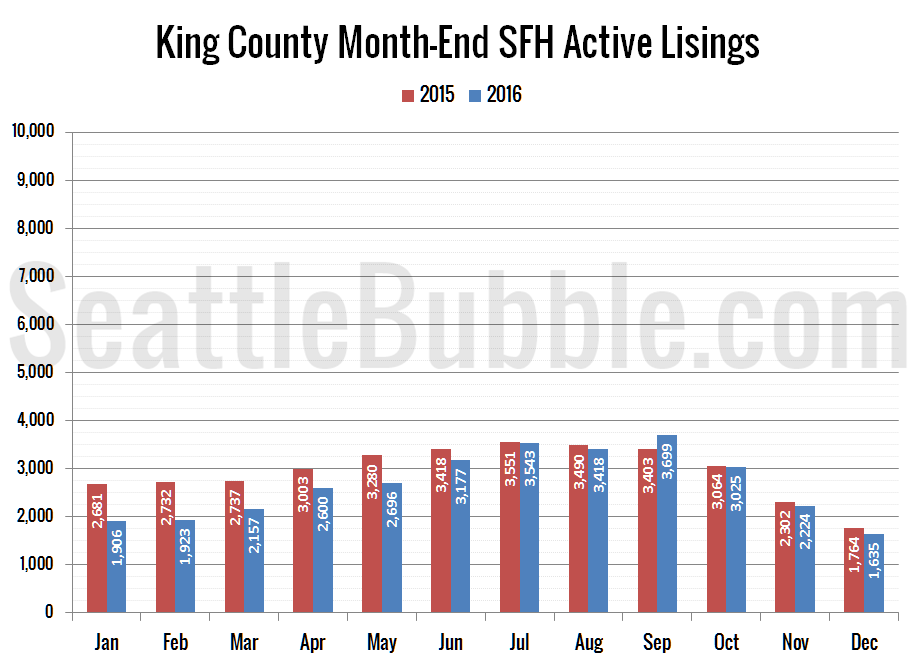 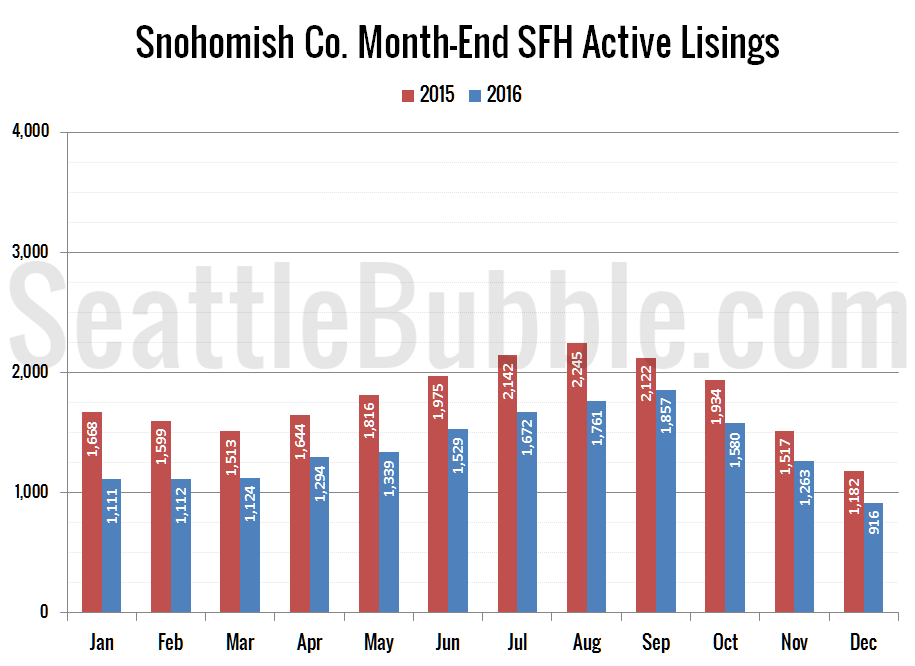 Inventory fell 26 percent between November and December in King County, and was down 7 percent from a year ago.

In Snohomish County it was the same story: Listings down 27 percent month-over-month and down 23 percent year-over-year.