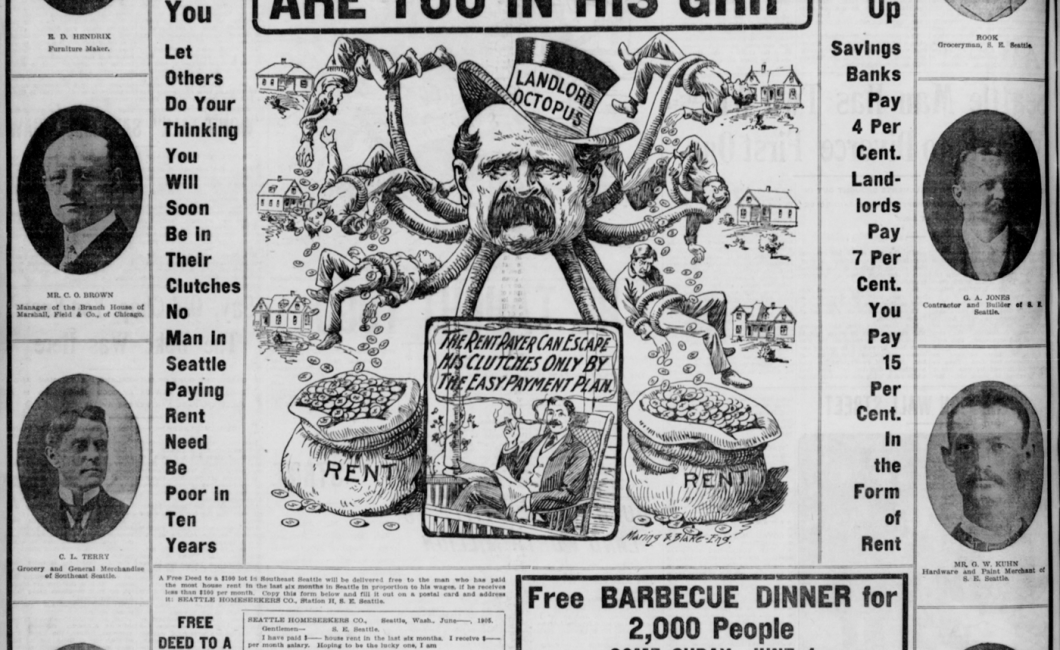 I love this real estate ad that appeared in the The Seattle Star newspaper in 1905, spotted by Reddit user GrvsAngl in /r/SeattleWA: 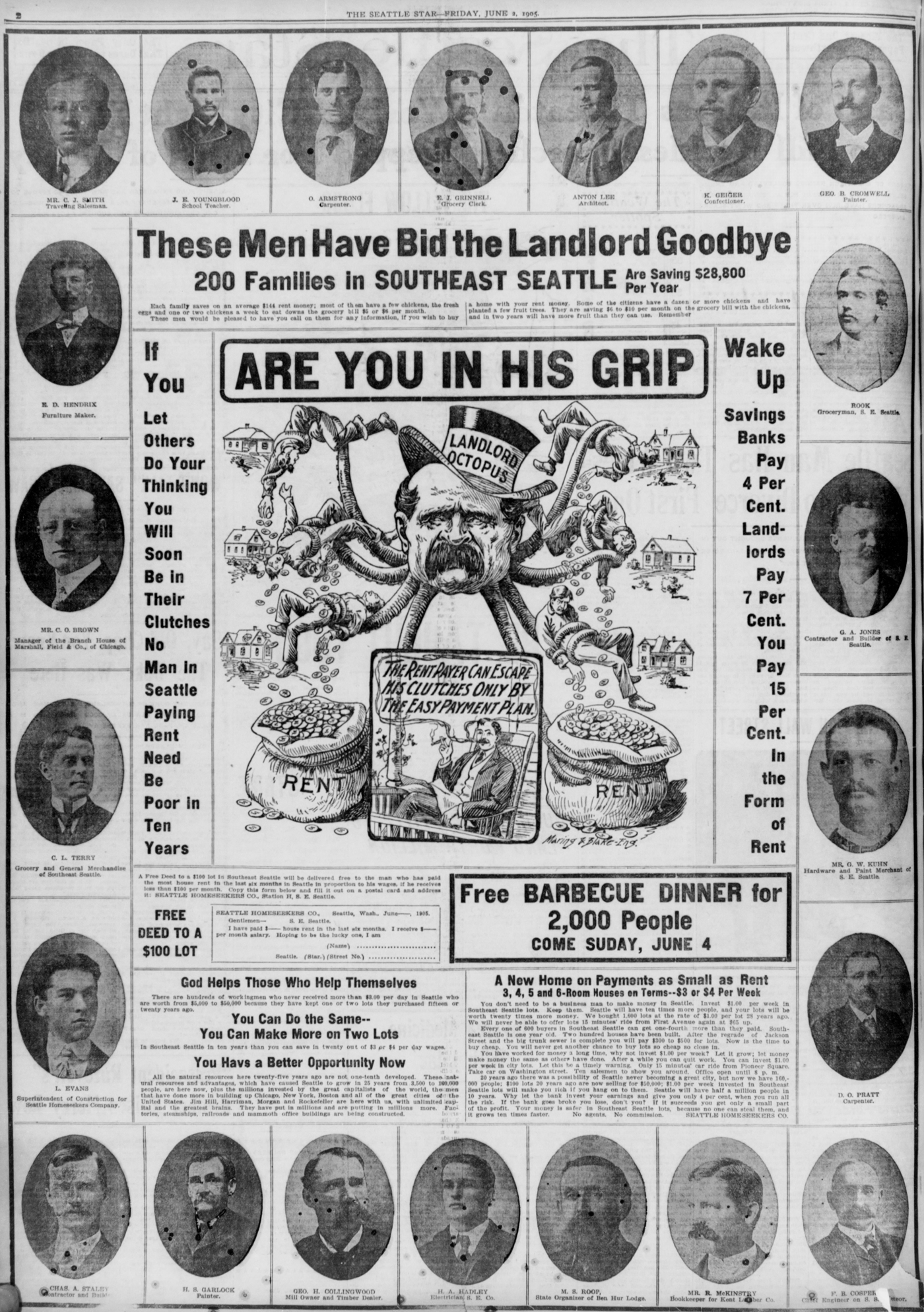 So many great quotes here.

These Men Have Bid the Landlord Goodbye

Each family saves on an average $144 rent money; most of them have a few chickens, the fresh eggs and one or two chickens a week to eat downs the grocery bill $5 or $6 per month.

These men would be pleased to have you call on them for any information, if you wish to buy a home with your rent money. Some of the citizens have a dozen or more chickens and have planted a few fruit trees. They are saving $6 to $10 per month on the grocery bill with the chickens and in two years will have more fruit than they can use. Remember

Remember… what? What are we supposed to remember? Because whoever wrote this ad couldn’t even seem to remember from one sentence to the next whether chickens save you $5-$6 or $6-$10 per month on groceries. Or how to complete a sentence, apparently. I’d also love to know where the rest of that $28,800 per year comes from, because the $144 in rent savings only comes out to $1,728 per year. And the most they’re saving with the chickens is about $520 it seems.

It would seem that suspicious math in real estate advertisements it not a new invention.

ARE YOU IN HIS GRIP

The Rent Payer Can Escape His Clutches Only By The Easy Payment Plan
If You Let Others Do Your Thinking You Will Soon Be in Their Clutches No Man In Seattle Paying Rent Need Be Poor in Ten Years
Wake Up
Savings Banks Pay 4 Per Cent.
Landlords Pay 7 Per Cent.
You Pay 15 Per Cent. In the Form of Rent

Those evil landlords, trying to profit off their investments! What jerks!

God Helps Those Who Help Themselves

There are hundreds of workingmen who never received more than $3.00 per day in Seattle who are worth from $5,000 to $50,000 because they have kept one or two lots they purchased fifteen or twenty years ago.

In Southeast Seattle in ten years than you can save in twenty out of $3 or $4 per day wages.

All the natural resources here twenty-five years ago are not one-tenth developed. These natural resources and advantages, which have caused Seattle to grow in 25 years from 3,500 to 160,000 people, are here now, plus the millions invested by the great capitalists of the world, the men that have done more in building up Chicago, New York, Boston and all of the great cities of the United States. Jim Hill, Harriman, Morgan and Rockefeller are here with us, with unlimited capital and the greatest brains. They have put in millions and are putting in millions more. Factories, steamships, railroads and mammoth office buildings are being constructed.

Wait, so now the capitalists are “great” and “have the greatest brains”? What do you think the landlord is if not also a capitalist? And how do you propose to make money from an investment in land without also charging rent?

The more things change, the more they stay the same.