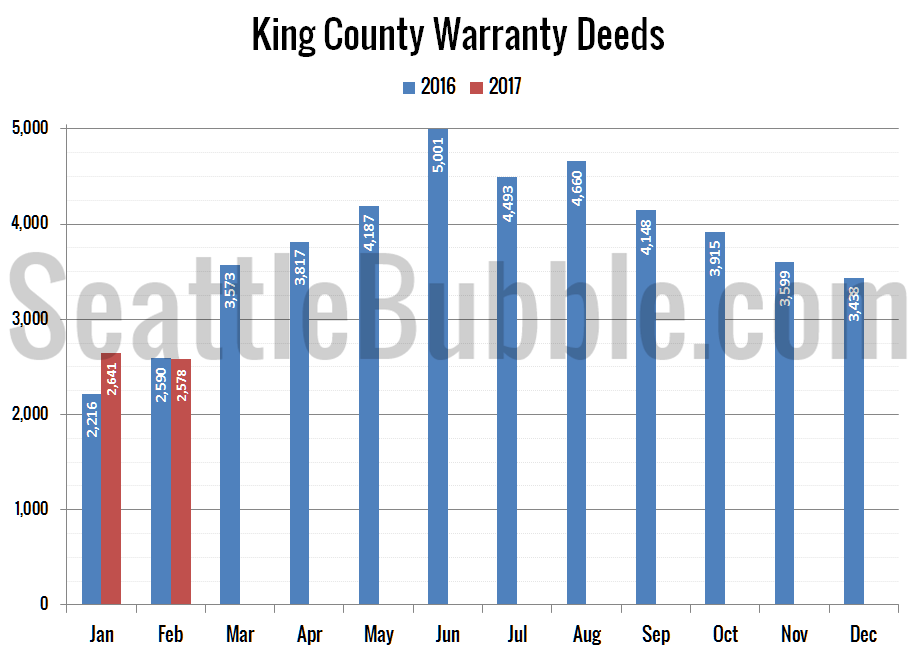 With February in the books, let’s take a look at the local housing market stats for the month. Short story: If home buyers were hoping things might start to look better for them, they were disappointed. There is still almost no supply and plenty of demand. 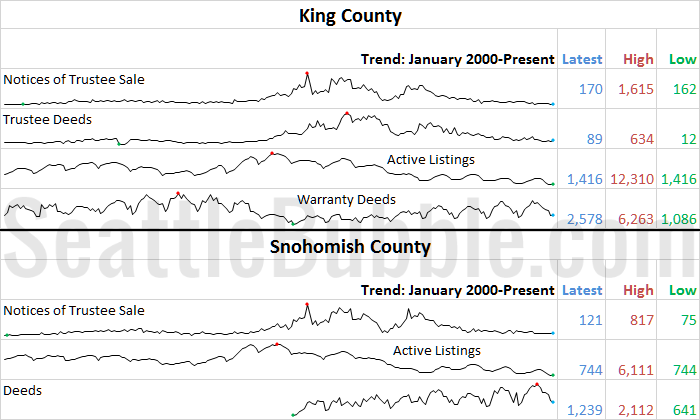 Sales decreased just a bit from a month earlier in both counties, and were basically flat from a year ago. Listings dropped to yet another new all-time low in both counties. Foreclosures are still at their historic lows. 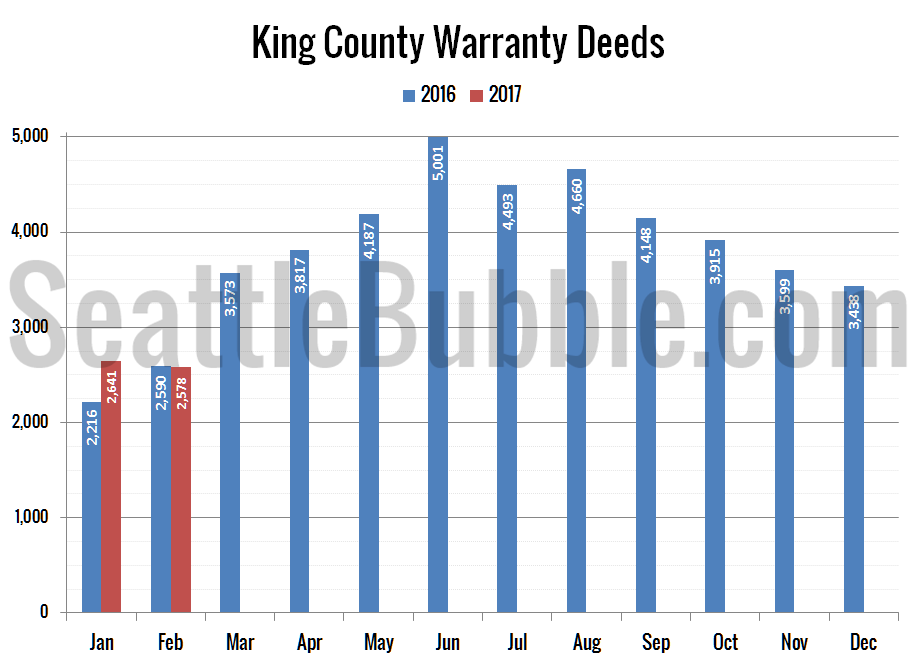 Sales in King County fell 2 percent between January and February (a year ago they rose 17 percent over the same period), and were down just slightly year-over-year. 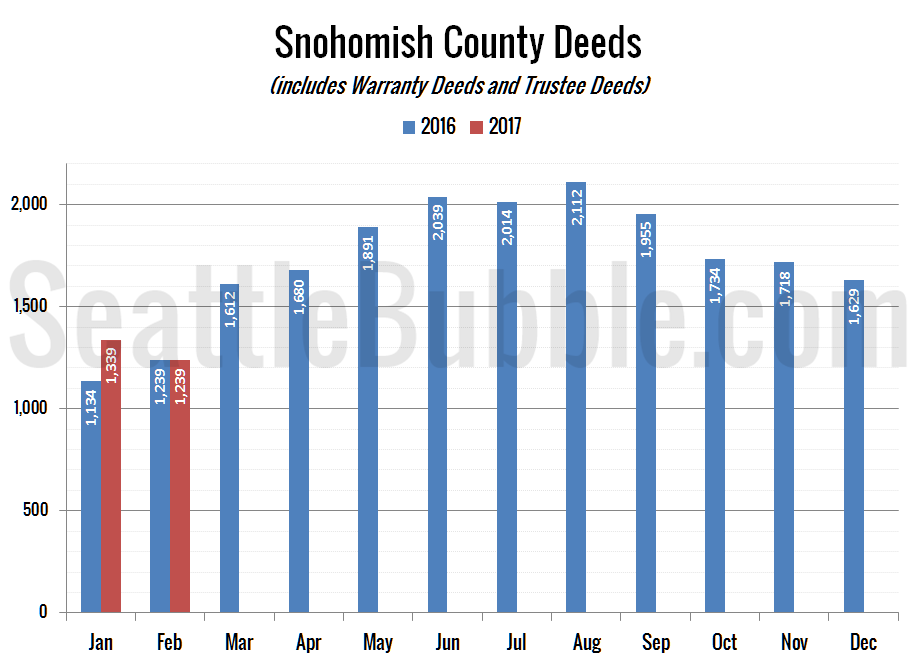 Deeds in Snohomish fell 7 percent month-over-month (vs. a 9 percent increase in the same period last year) and were perfectly flat from February 2016. 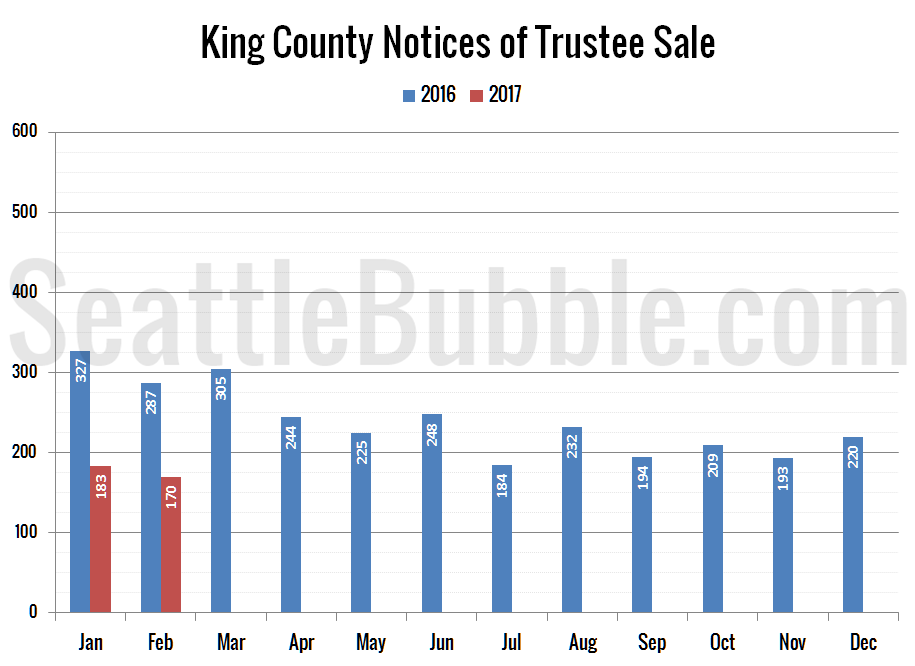 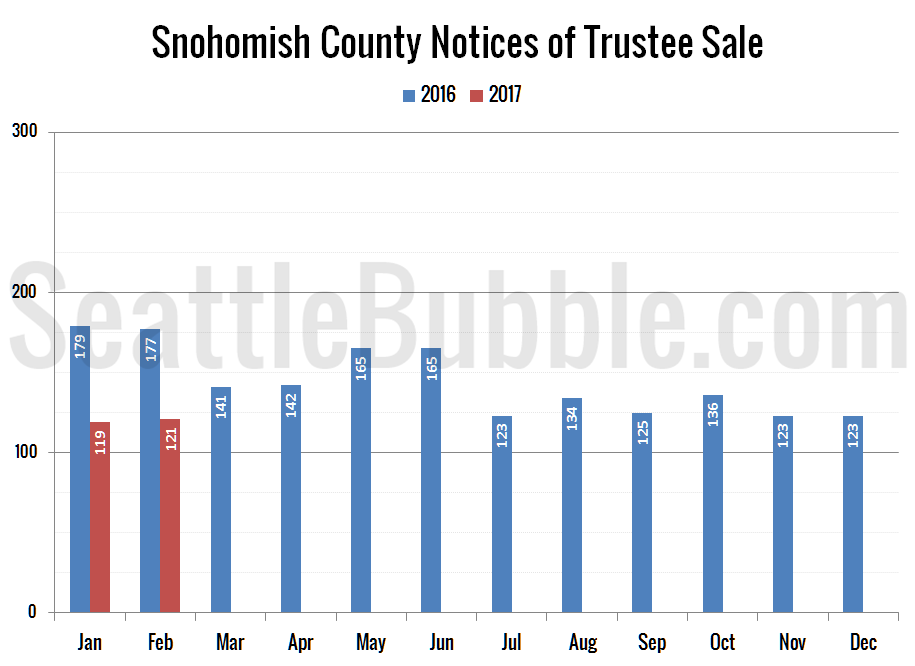 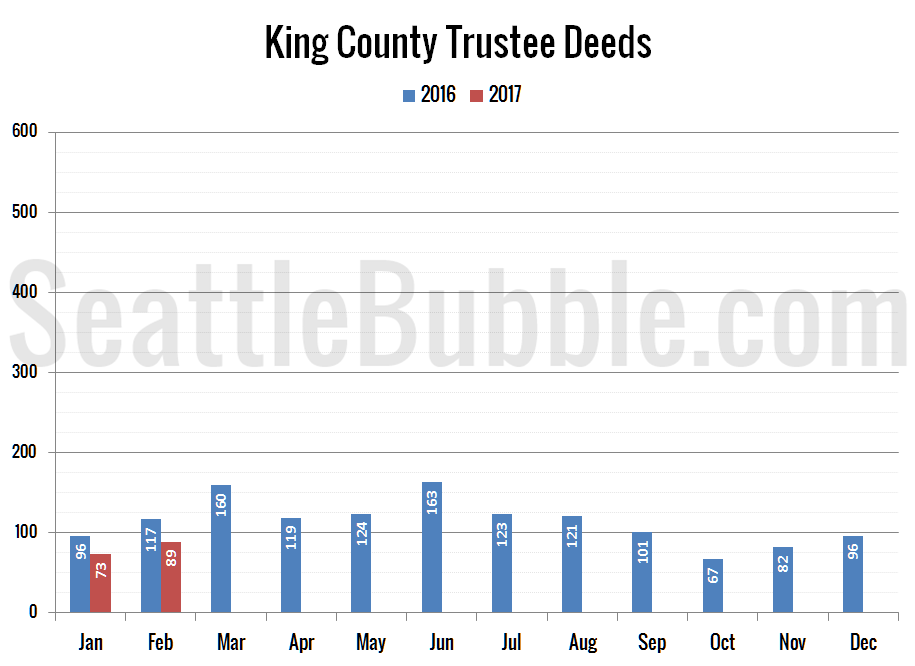 Trustee Deeds were down 24 percent from a year ago. Still basically bouncing along the bottom. 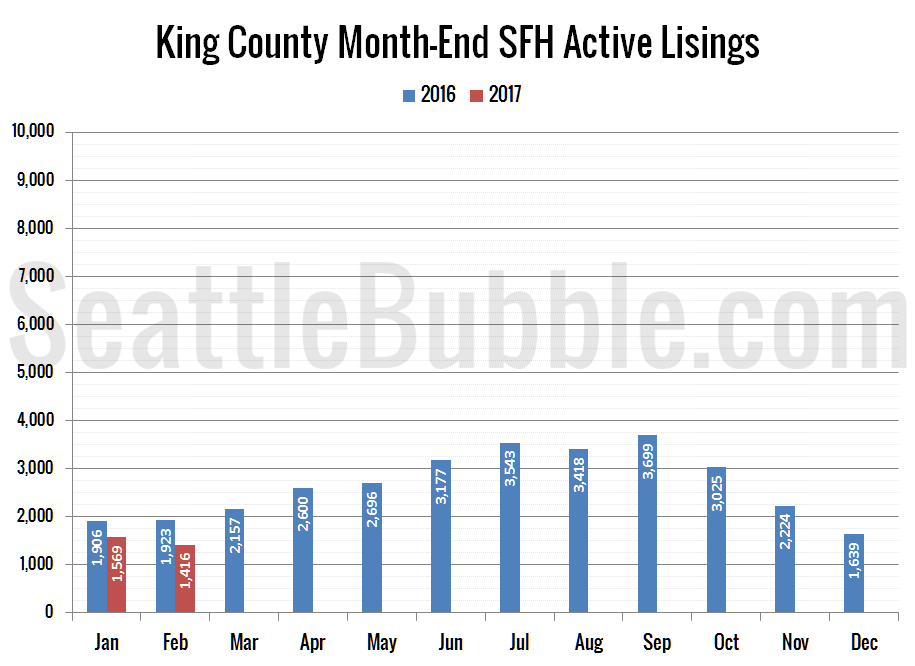 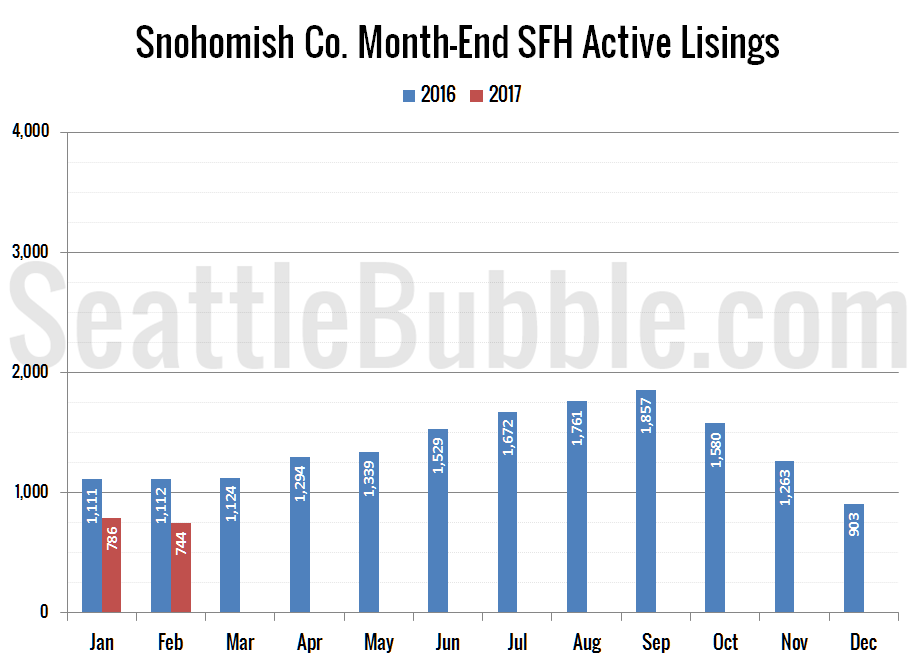 Inventory fell 10 percent between January and February in King County, and was down 26 percent from a year earlier.

In Snohomish County it was the same story: Listings down 5 percent month-over-month and down 33 percent year-over-year.