May market stats have been published by the NWMLS this morning. Here’s their press release.

Would-be buyers who have been shut out of the real estate market should test the “real estate waters” during the summer months suggests one industry leader.

“Summer might provide some competitive relief for weary buyers,” said Gary O’Leyar, owner of Berkshire Hathaway HomeServices Signature Properties, pointing to some of the newly-released statistics from Northwest Multiple Listing Service as indicators.
…
Despite murmurs of the possibility of relief for disenchanted house hunters, May was a hotbed of activity. Brokers notched 9,188 pending sales (mutually accepted offers) in the four-county region, the highest ever reported for the region. Overall, members reported 12,607 pending sales, up 2.7 percent from a year ago.

A more lengthy quote from J. Lennox Scott was distributed by email:

“May was the best month for sales activity of any month in history in the four-county area of King, Snohomish, Pierce, and Kitsap Counties. As Dave Niehaus, the voice of the Mariner’s, used to say: “My, oh my! Get out the rye bread and the mustard Grandma, it’s grand salami time”. We finally saw new inventory come on the market in May, and although we had a slight delay in the timing, the spring Puget Sound housing market is in full swing and just as intense and frenzy as it has ever been.

Pending sales have now been down year-over-year for four months in a row, but for three of those four months, closed sales have increased, which is certainly a bit odd. Perhaps this is indicative of a shift from last year toward fewer pending sales falling through. I’ll see if I can find anything else interesting in the data about that. 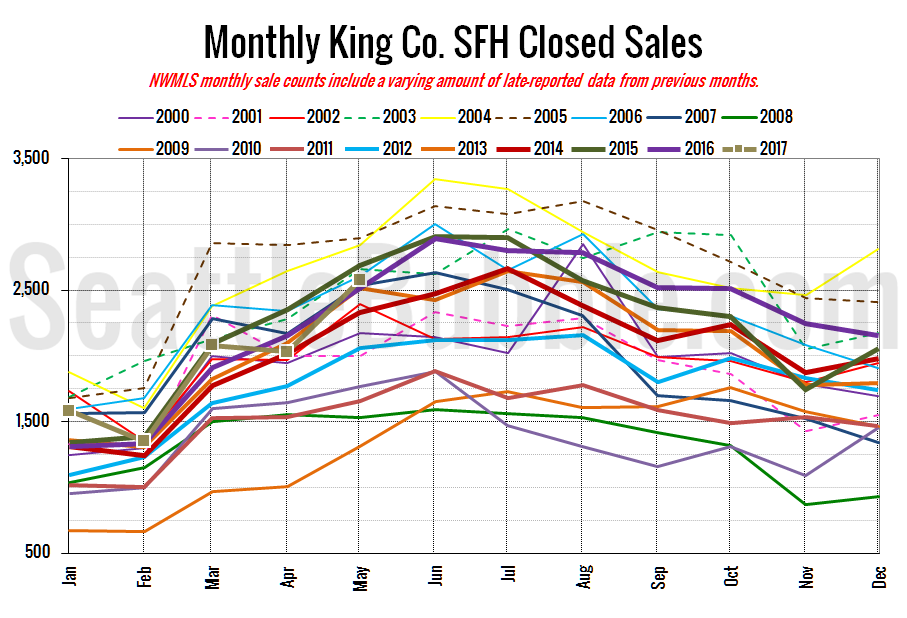 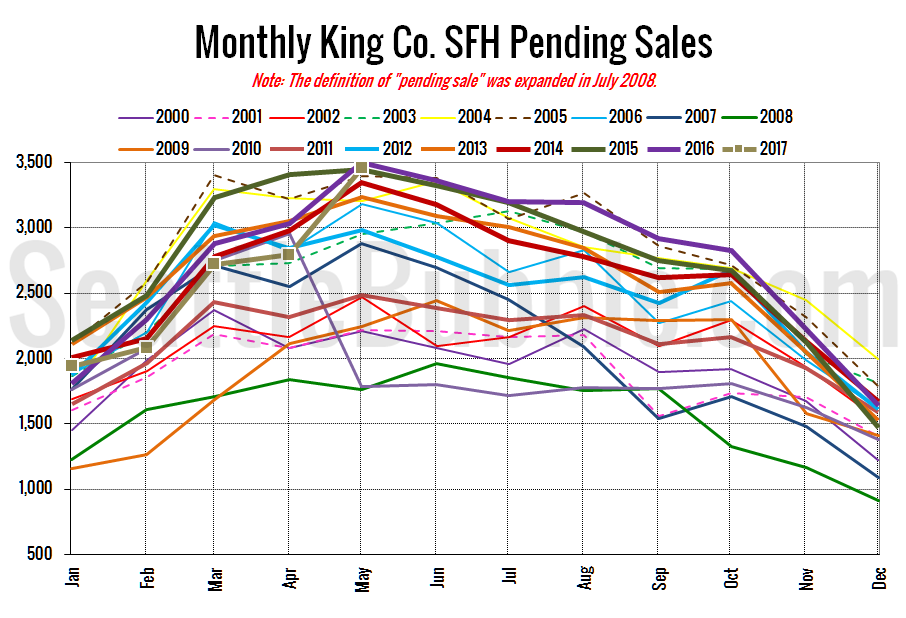 Pending sales shot up 24 percent from April to May, and were down one percent year-over-year. 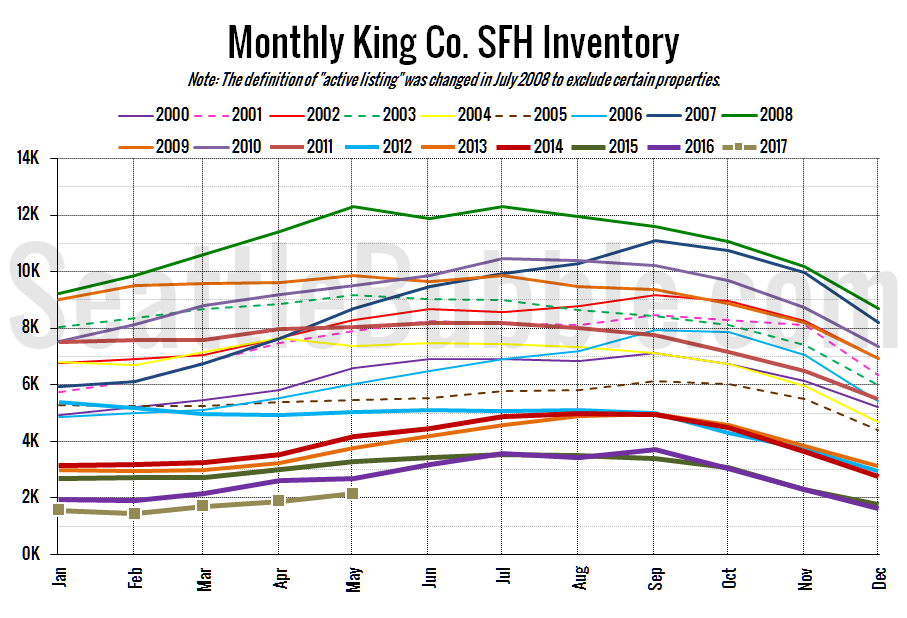 Listings rose 14 percent from April to May, which is much better than the meager four percent gain we saw last year. Year-over-year listings were still down 20 percent. 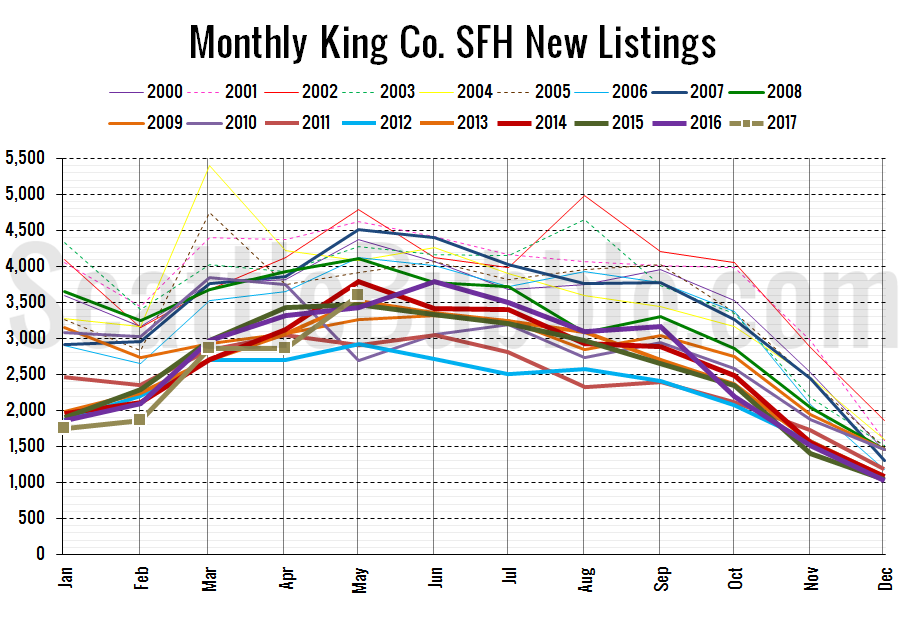 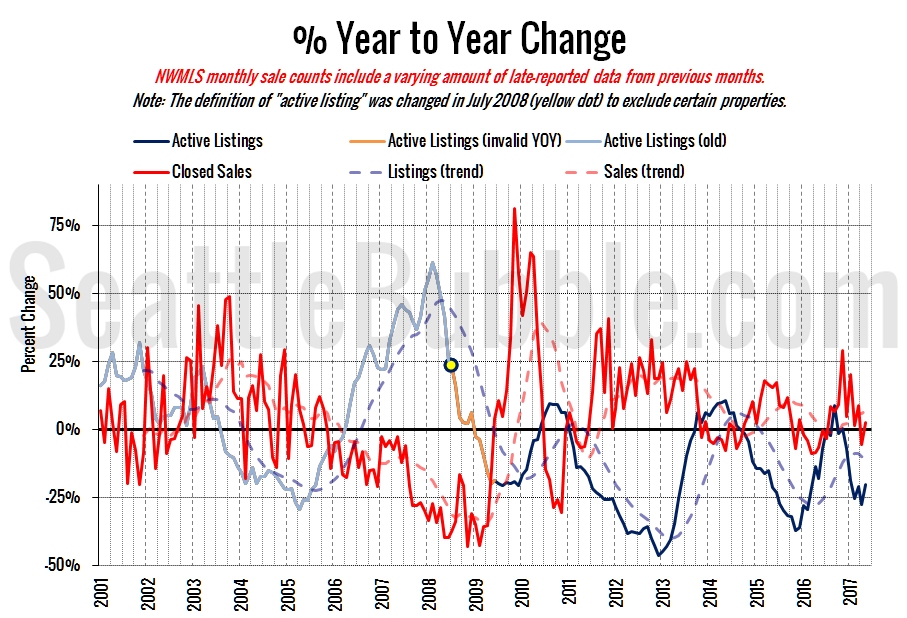 We’re still in the midst of a very strong seller’s market, but at least the supply and demand balance isn’t getting appreciably worse for buyers. 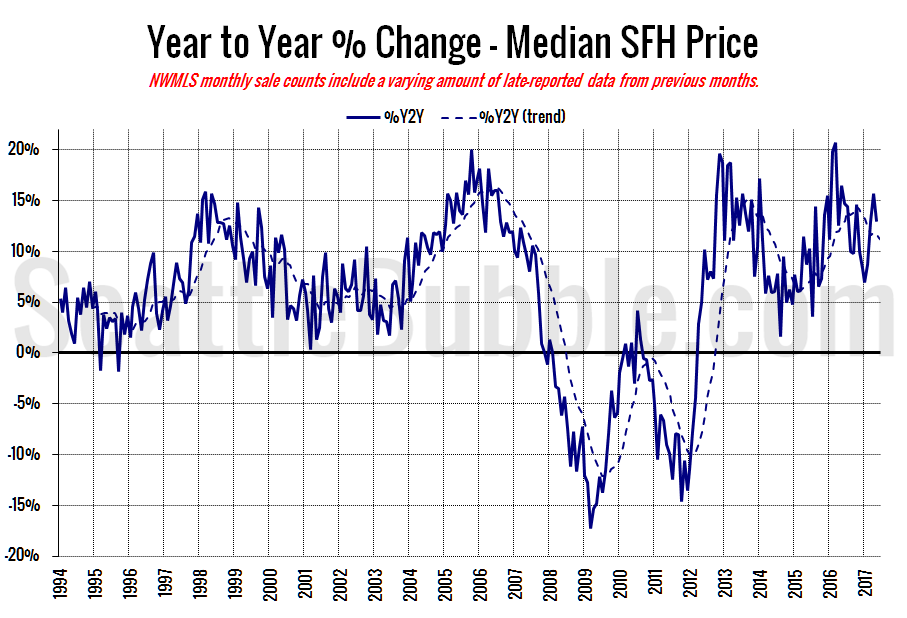 Year-over-year price growth fell off slightly from April to May but is still well into double-digit territory. 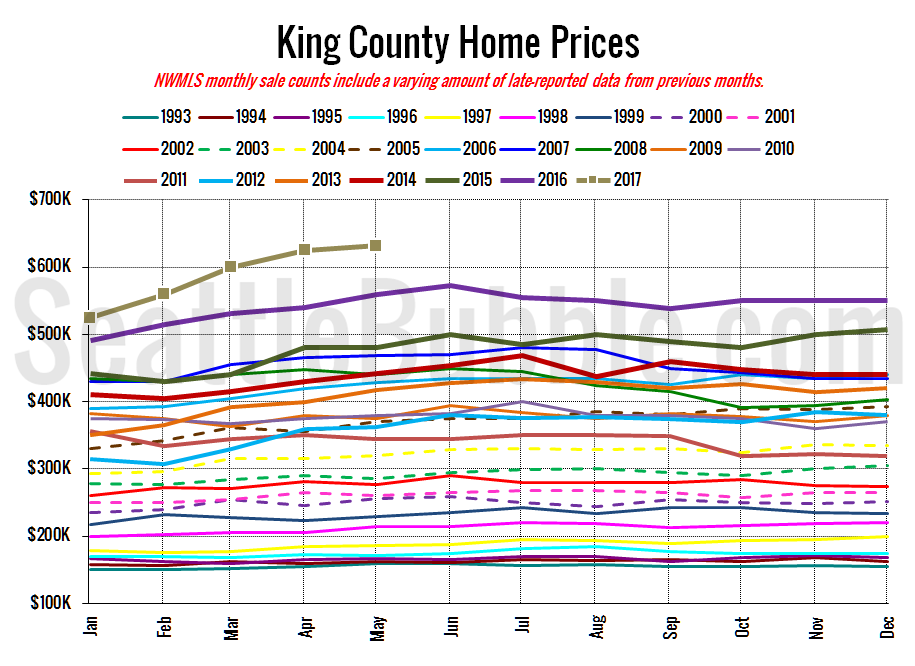 Another new all-time high, although the pace of growth is not as strong as last year at this time, so there’s that I guess.

Here’s the article from the Seattle Times: No escape for priced-out Seattleites: Home prices set record for an hour’s drive in every direction