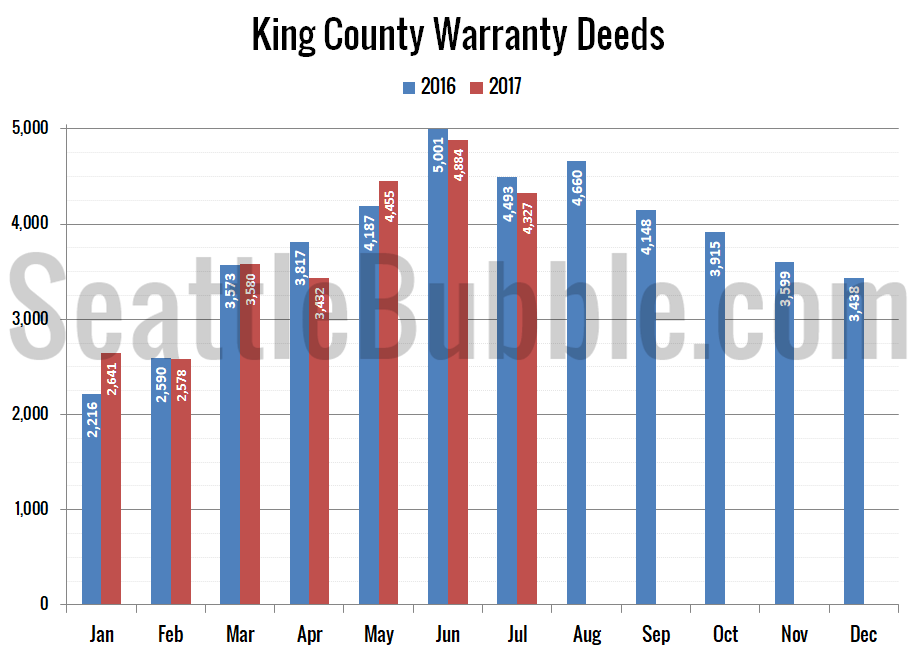 Let’s take a look at regular monthly “preview” charts. Now that July is in the past let’s take a look at the local housing market stats for the month. Short story: Inventory edged up again but is still at historic lows. Sales are slipping slightly year-over-year but are still quite strong. 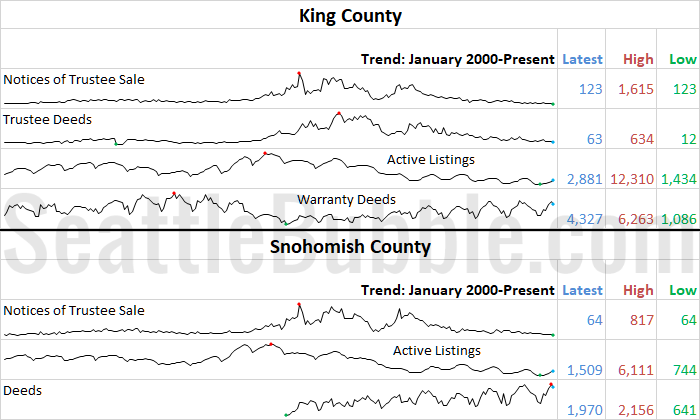 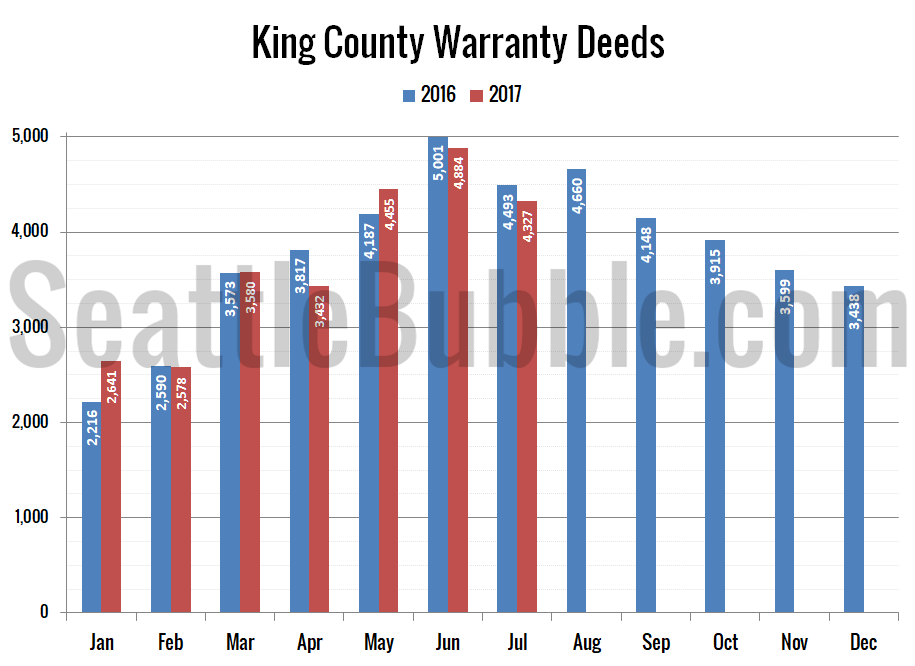 Sales in King County decreased eleven percent between June and July (a year ago they fell ten percent over the same period), and were down four percent year-over-year. 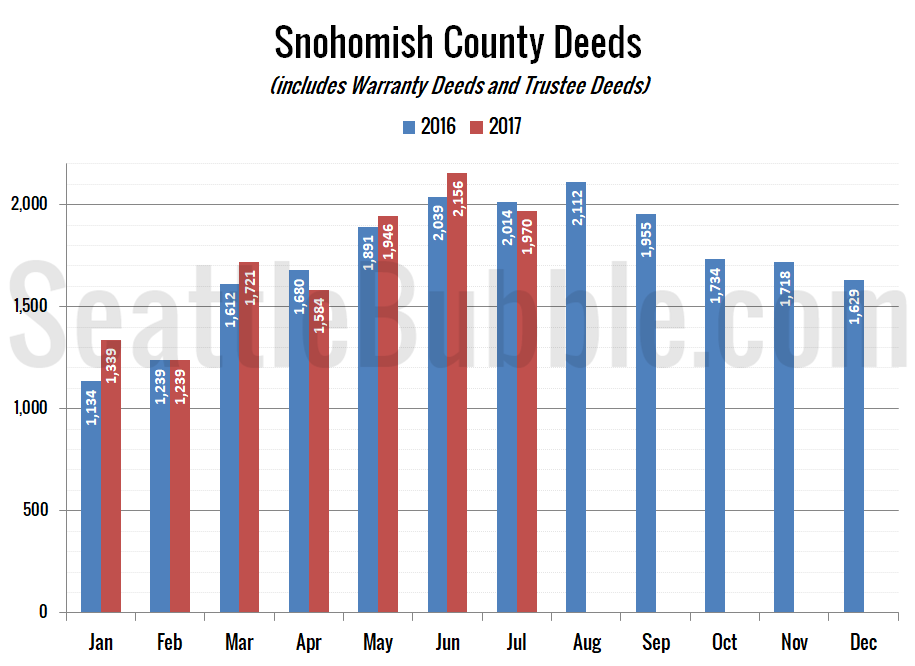 Deeds in Snohomish decreased nine percent month-over-month (vs. a one percent decrease in the same period last year) and were down two percent from July 2016. 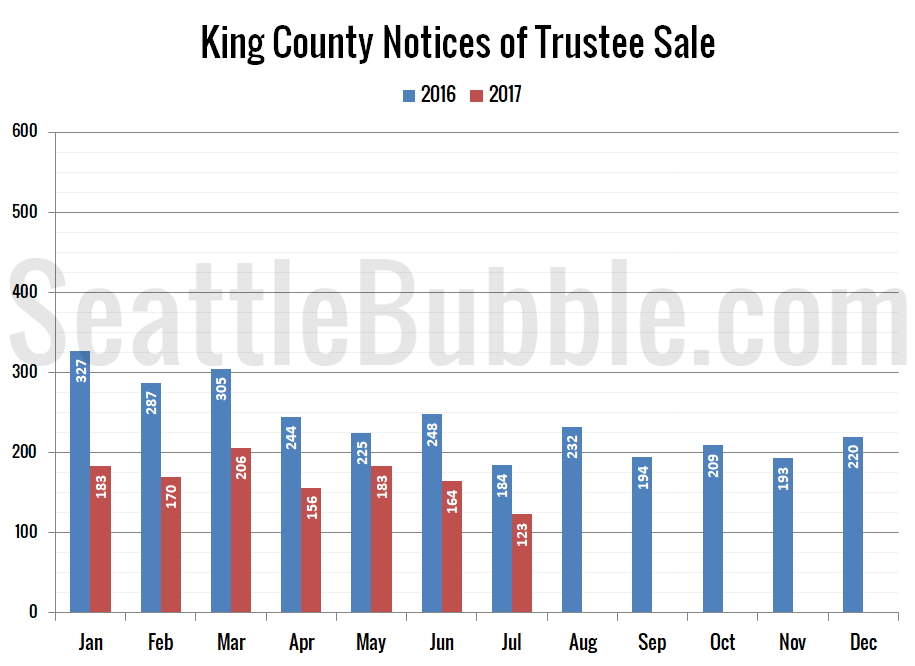 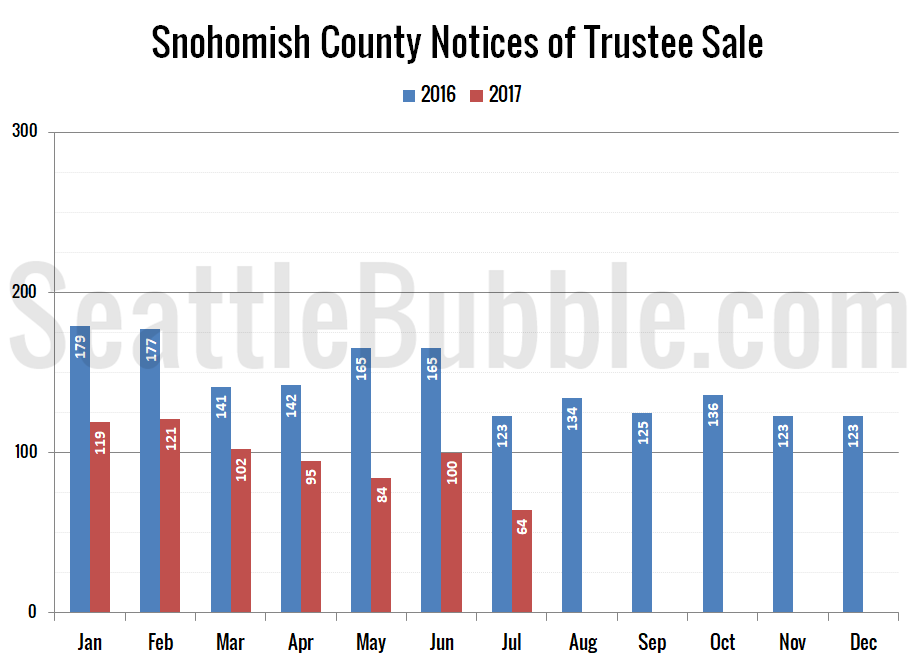 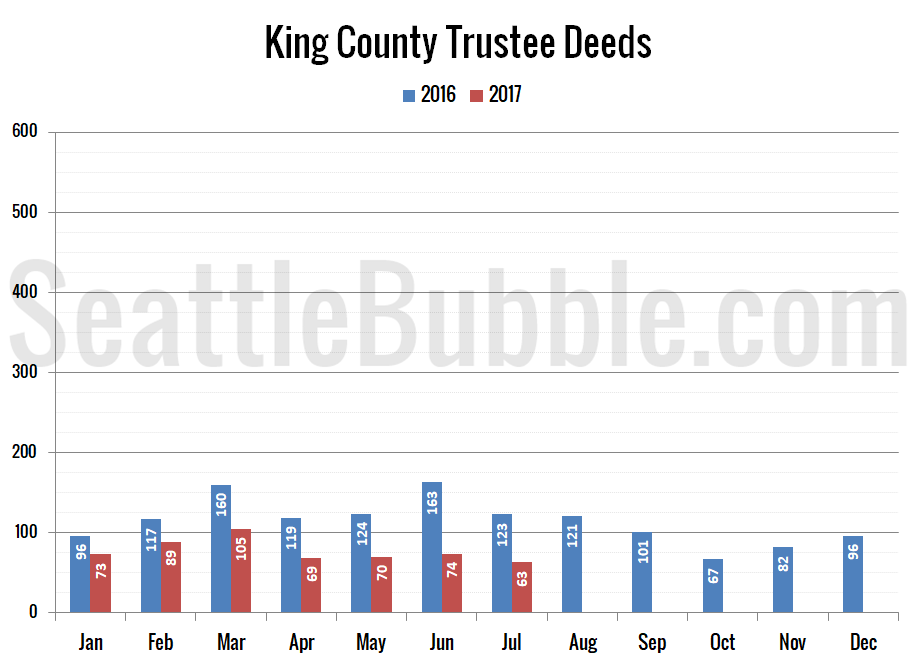 Trustee Deeds were down 49 percent from a year ago. 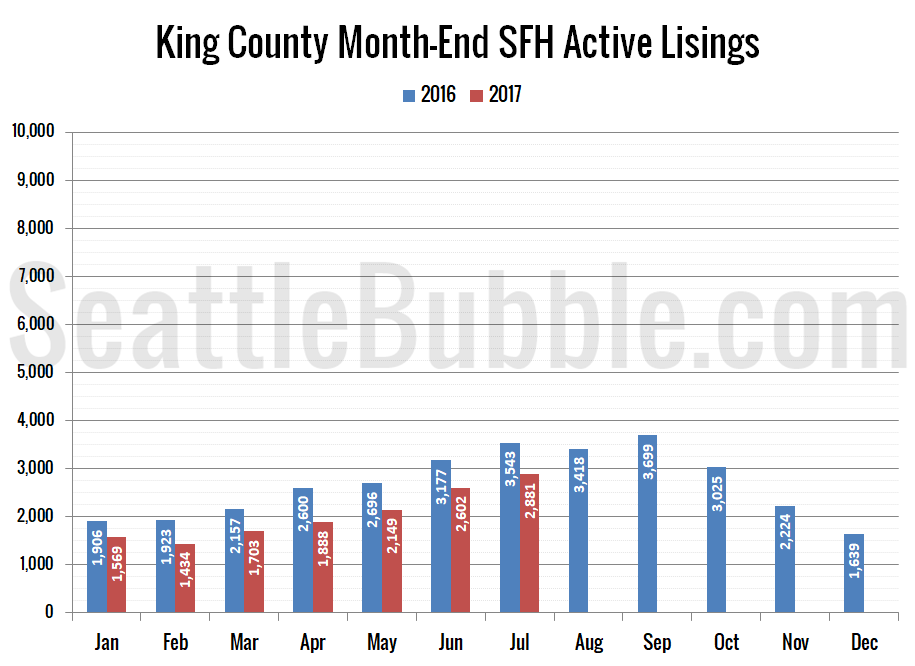 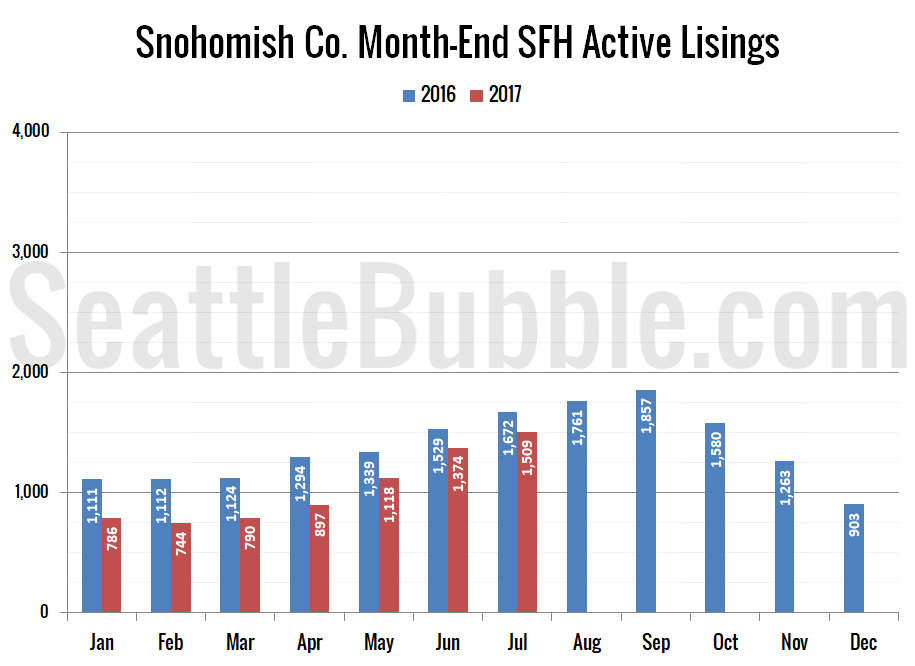 Inventory rose 11 percent between June and July in King County, but was still down 19 percent from a year earlier.

In Snohomish County it was a similar story: Listings up 10 percent month-over-month but down 10 percent year-over-year.

In both counties the month-over-month increase in listings for July was on par with where it was over the same period a year ago.