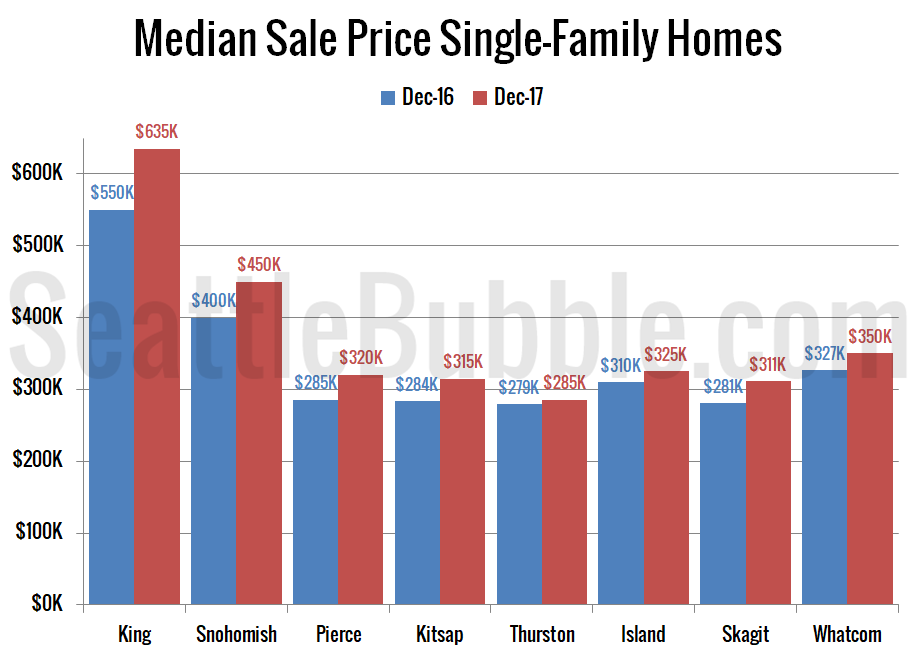 It has been quite a while since we looked at the housing stats for the broader Puget Sound area. Now that 2017 is over, let’s update our “Around the Sound” statistics for King, Snohomish, Pierce, Kitsap, Thurston, Island, Skagit, and Whatcom counties.

Prices are climbing and listings are declining across the board, but sales were strangely mixed. December closed sales were up from a year earlier in Snohomish, Pierce, and Island counties, while falling everywhere else.

Here’s the chart of median prices compared to a year ago. Every county turned in a gain, with the smallest increases seen in Thurston and Island, and the largest in King and Snohomish. 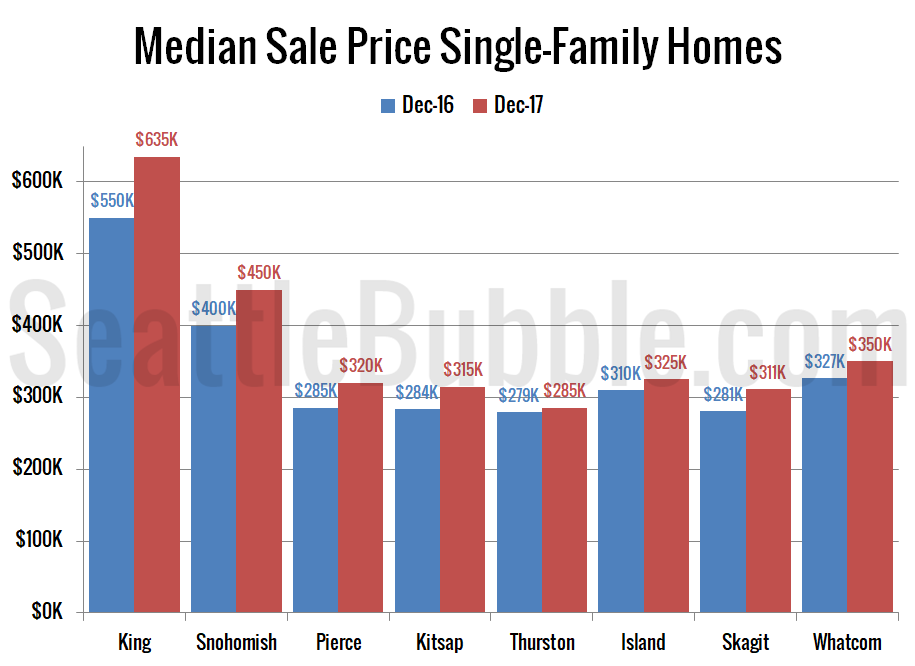 Listings were down significantly from a year earlier everywhere across the board. The last time any of the Puget Sound counties saw a year-over-year increase in inventory was August and September in Whatcom County. King, Snohomish, Pierce, Thurston, Island, and Skagit have all been in the red for a year or more. 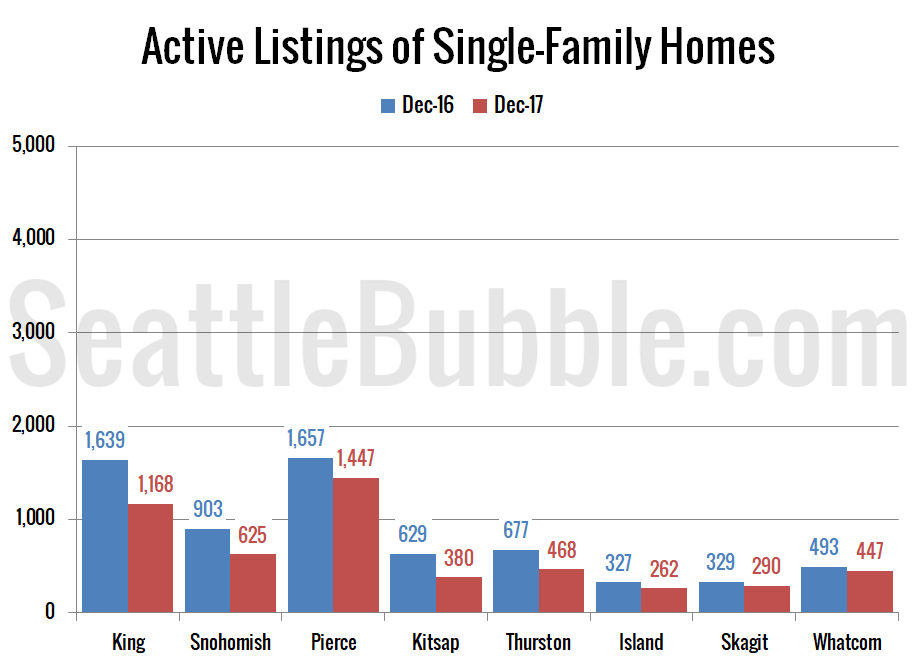 Despite the decrease in listings, closed sales were up ten percent in Snohomish County, and also saw slight increases in Island and Pierce. Sales were down everywhere else, with the largest year-over-year decline seen in Skagit County at -13 percent. 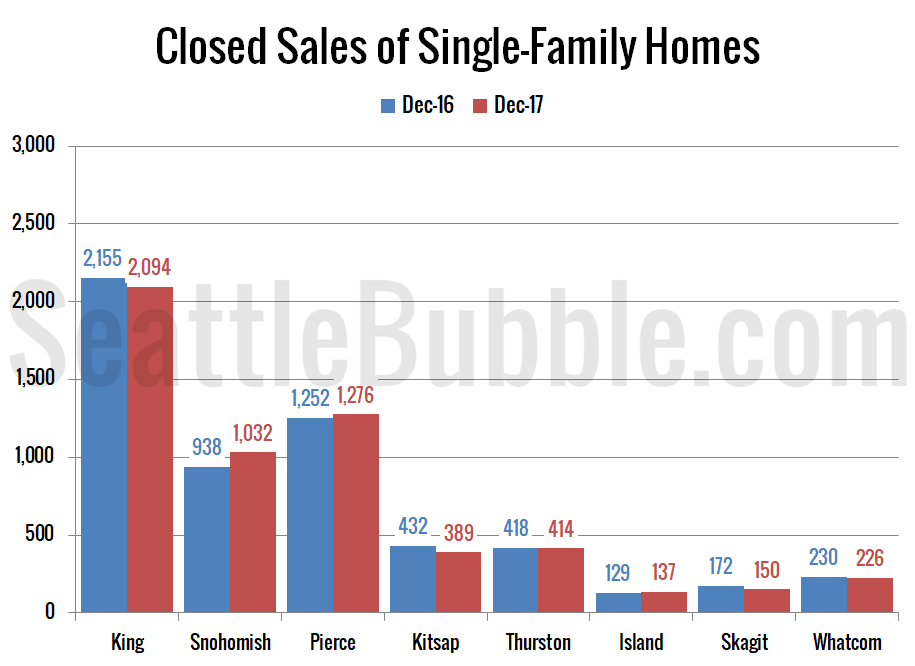 Months of supply is minuscule everywhere. What else is there to say? 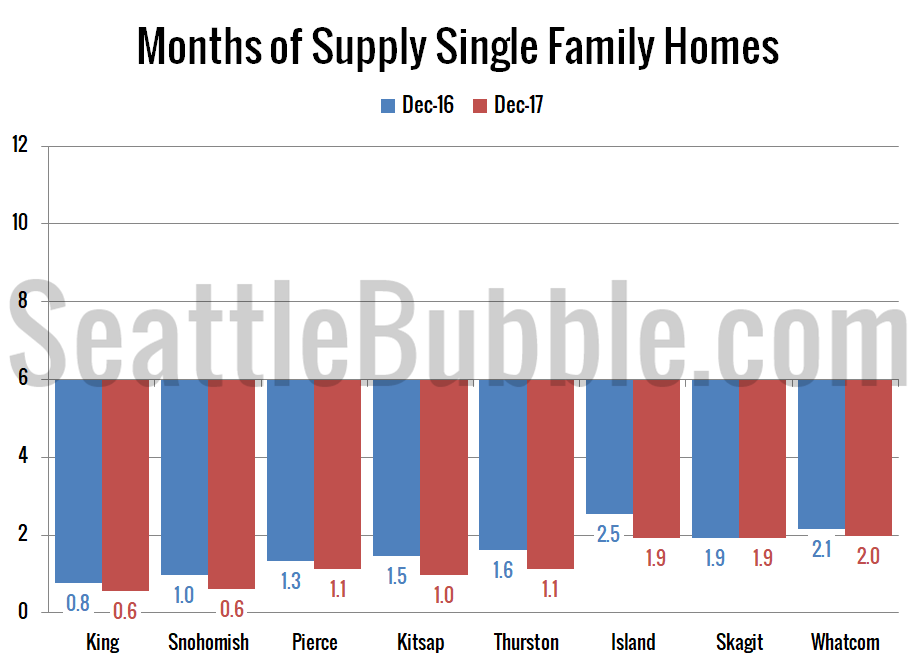 Finally, here’s a chart comparing the median price in December to the 2007 peak price in each county. Every Puget Sound county except for Island County has now exceeded the previous peak median price. 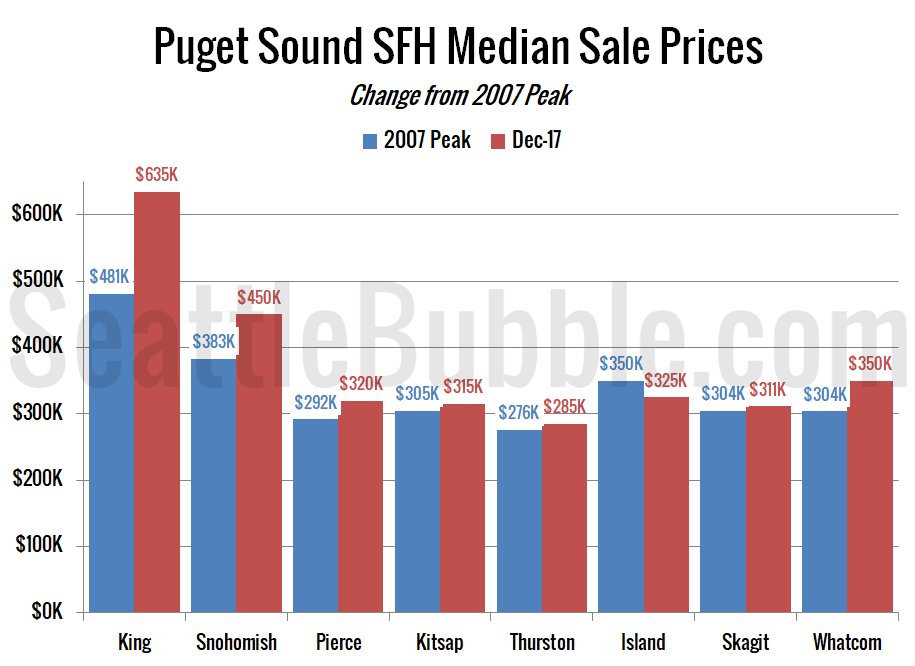