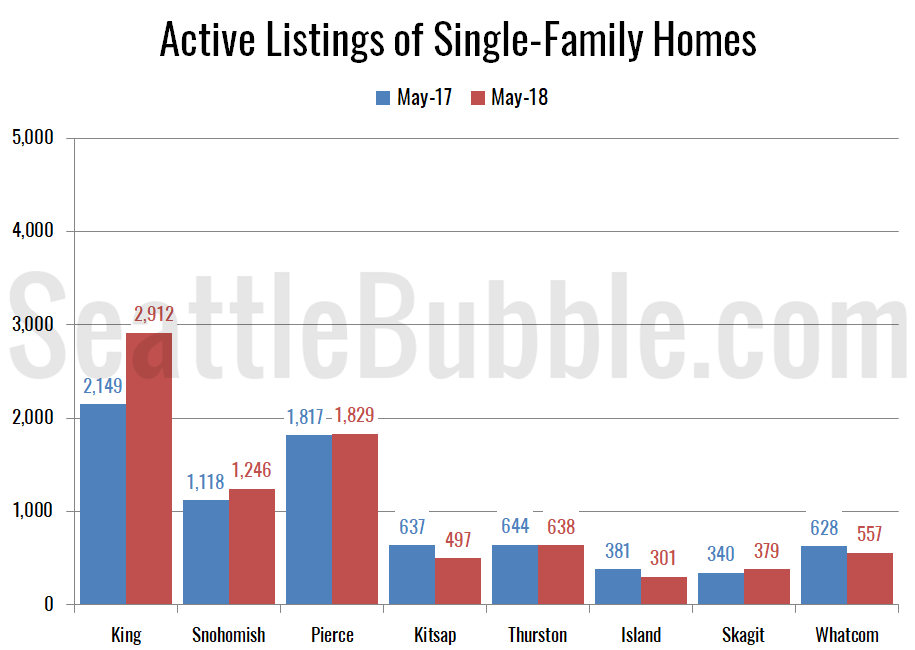 We know that inventory is growing in King County, but let’s look at broader Puget Sound area. Now that May is over, let’s update our “Around the Sound” statistics for King, Snohomish, Pierce, Kitsap, Thurston, Island, Skagit, and Whatcom counties.

The biggest gains in new listings and active inventory were in King County. Snohomish and Pierce also saw some decent increases, but further out it’s more of a mixed bag, with some counties still seeing declining listings and inventory. 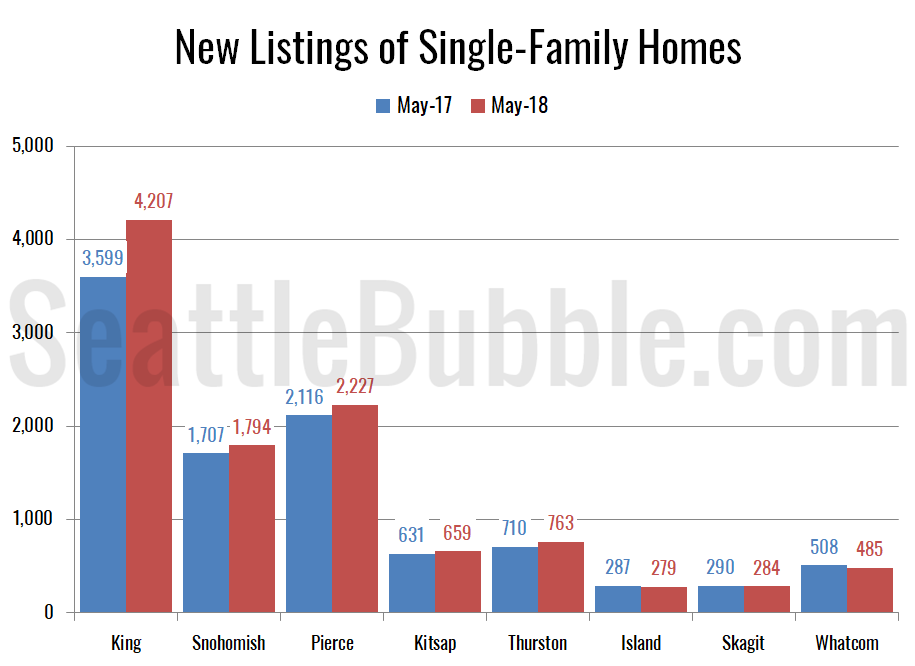 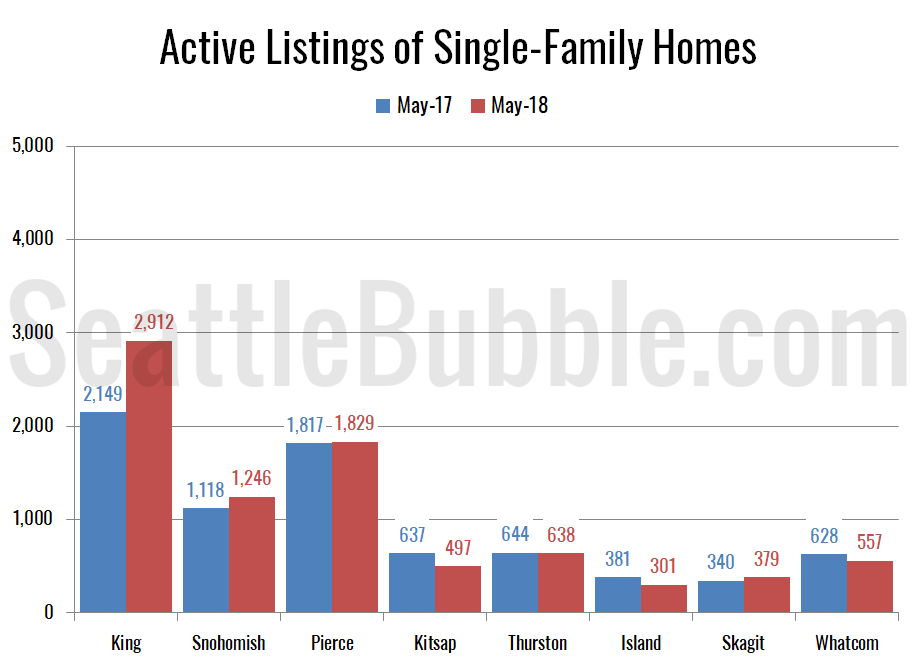 Inventory was up sizeably from year earlier in King, Snohomish, and Skagit. It barely increased in Pierce, and barely fell in Thurston. Kitsap, Island, and Whatcom were all down double digits from a year earlier.

Here’s the chart of median prices compared to a year ago. Every county turned in a gain, with only Thurston and Skagit turning in single-digit price gains. 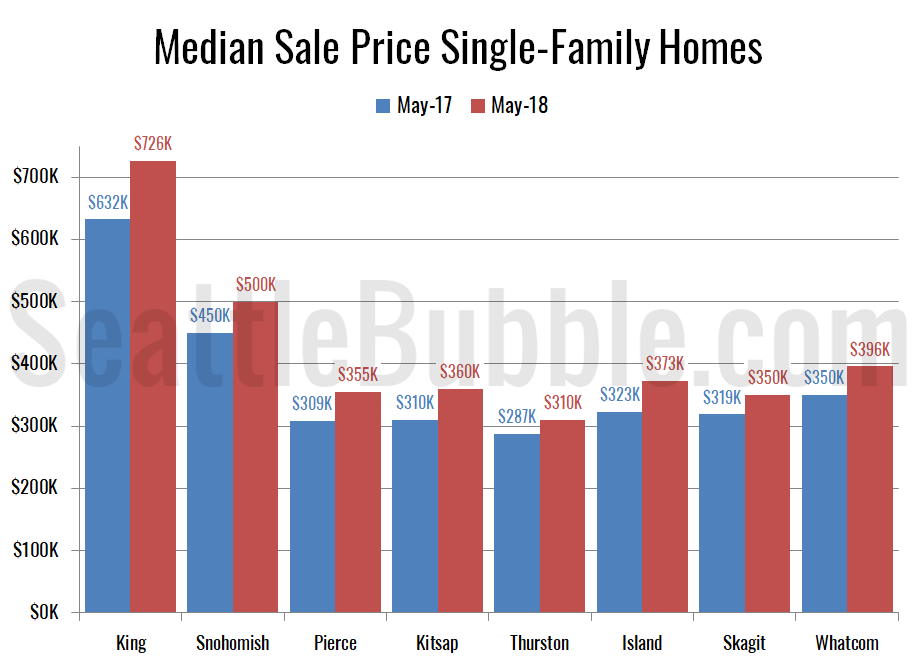 Six of the eight Puget Sound counties saw sales fall compared to a year ago. 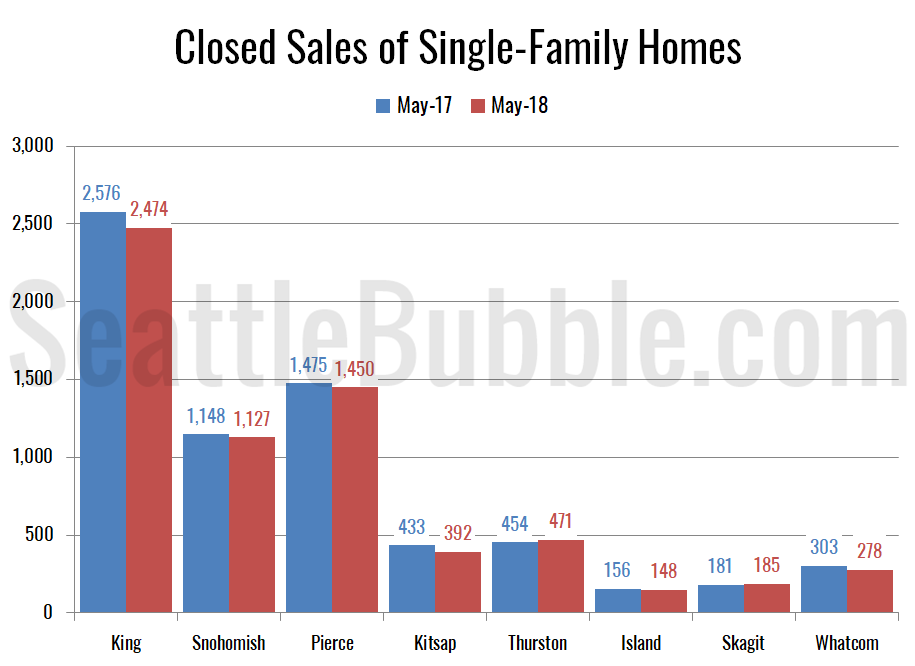 We’re still deep in sellers’ market territory, but all three of the central Puget Sound counties saw months of supply increase from a year ago. 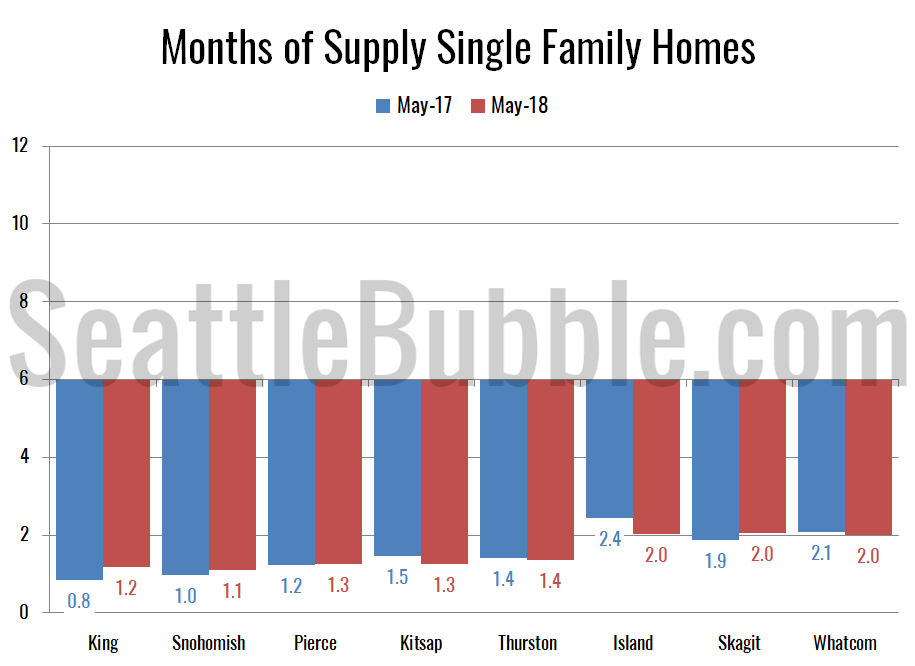 Finally, here’s a chart comparing the median price in May to the 2007 peak price in each county. Every Puget Sound has now exceeded the previous peak median price and is charting new territory. 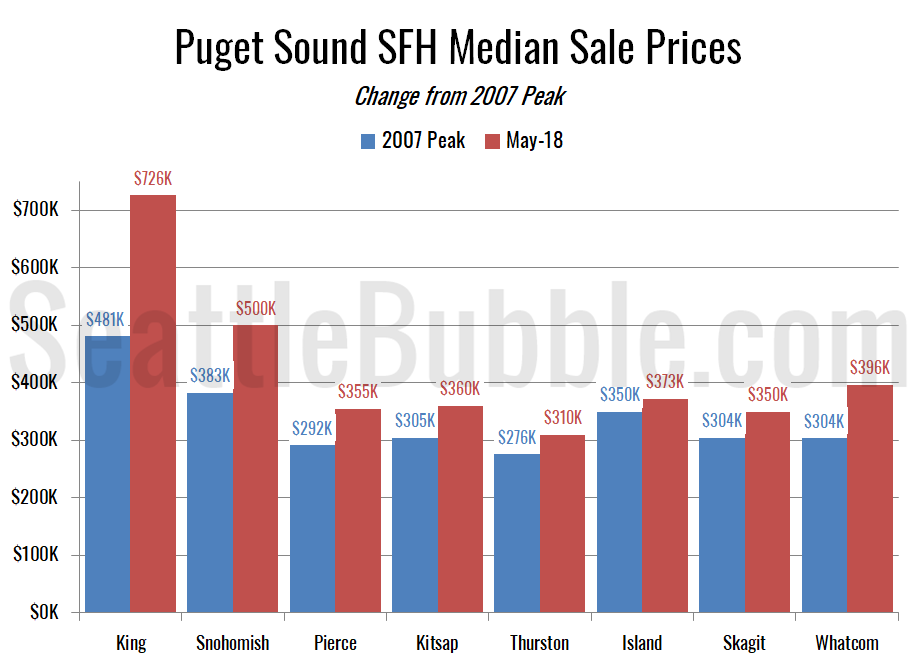 In summary: So far the inventory surge is mainly just happening in King County, but it looks like it might be starting to gain some steam in the other counties. The closer you are to Seattle, the more inventory seems to be increasing.