This isn’t Seattle-specific (although I did read it in the Times), but it’s a great column that actually manages to make an insightful contrast between the movie It’s a Wonderful Life and today’s housing bubble / mortgage mess: 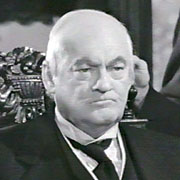 Nowadays, it’s impossible to watch the 1946 holiday movie “It’s a Wonderful Life” and not feel a twinge of respect for Henry F. Potter, the villainous banker played by Lionel Barrymore. Potter was not above drawing the last drop of blood, but at least borrowers knew whom to hate. And if they were late paying, they knew where to crawl.

That’s not necessarily the case today. Mortgage companies often ship the loans to Wall Street, which repackages them into securities sold around the globe.

So if you’re a borrower in trouble, and your loan is diced up into some mortgage-backed security, you’d be hard-pressed to find a lender’s ear. How’s your Chinese?
…
Remember the scene where Potter chews out Bailey for giving a mortgage to Ernie the cab driver? He accuses Bailey of lending money to any pal he shoots pool with.

Bailey responds, “I can personally vouch for his character,” but also notes that Potter had the papers documenting Ernie’s salary and life insurance benefits. That established his friend as creditworthy.

In other words, Ernie did not have a “no-doc” loan, a modern invention that doesn’t require borrowers to provide proof of their financials. Because applicants could put any income number they wanted on the forms, these mortgages soon became known as “liar loans.”
…
…Bedford Falls turns into Pottersville, an evil place full of bad people and good jazz.

Fewer residents owned their home in Pottersville, but that nightmare town had some things over today’s Greenspan City. Pottersville didn’t have block after block of boarded-up houses lost to foreclosure, as is currently seen in many American communities.

Former Fed Chairman Alan Greenspan had cheered on the housing bubble that raised home prices to ridiculous levels. And despite the warnings, he ignored the recklessness and downright cons that would inevitably push mortgage market into crisis.

The weak borrowers who couldn’t get a mortgage from the sourpuss Potter — and probably not Bailey — were better off than the moderns lured by the happy dancing figures. The latter were sucked into paying inflated house prices and fleeced by stiff fees and punishing interest rates. Then they lost their homes.

Which is less attractive, Pottersville or Greenspan City? It’s a real tossup.