A reader suggested that a good way to visualize the current state of the local housing market would be to look at quarterly home sales. Here’s a chart of the total closed SFH sales in King County for every quarter we have data for from the NWMLS, back through 2000: 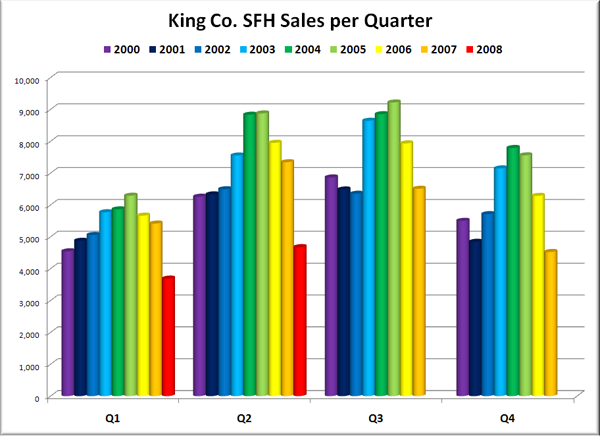 Was the first quarter of 2008 the bottom of the local housing downturn? Doesn’t look like it. Will the second quarter be the bottom? I doubt it, but time will tell.