Here’s where the YOY stats stand for each of the six counties as of October 2008: 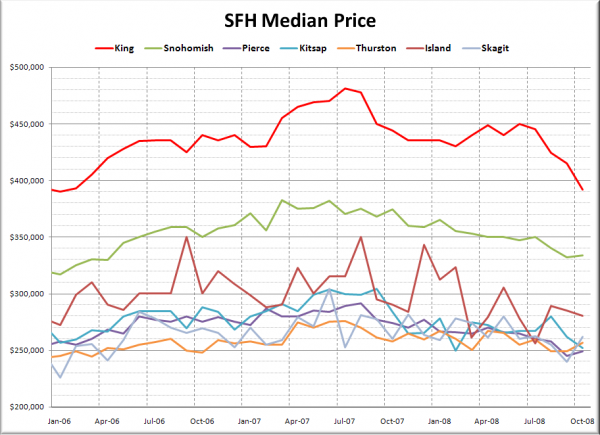 Median prices actually increased month-to-month in Snohomish, Pierce, Thurston and Skagit counties, while declining in King, Kitsap, and Island. King’s drop was the largest, falling $23,000 in one month.

Island County has taken the lead with the largest total drop right at 20%, with King not far behind at 18.5% Much in the same way that the Seattle area did not rise as much as other parts of the country, and will likely not fall as far, the outlying Seattle-area counties also did not rise as much, and are so far tending not to fall as much. Note that the spreadsheet also contains a “drop from peak” graph, similar to the one posted with the monthly Case-Shiller update. 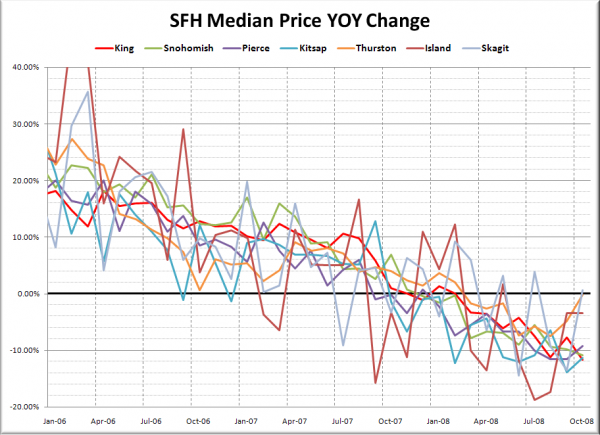 The ever-volitile Skagit County actually bumped back into slightly positive YOY territory in October, registering a 0.6% gain. Drops in the remaining Puget Sound counties ranged from just 0.3% in Thurston to 11.7% in King. 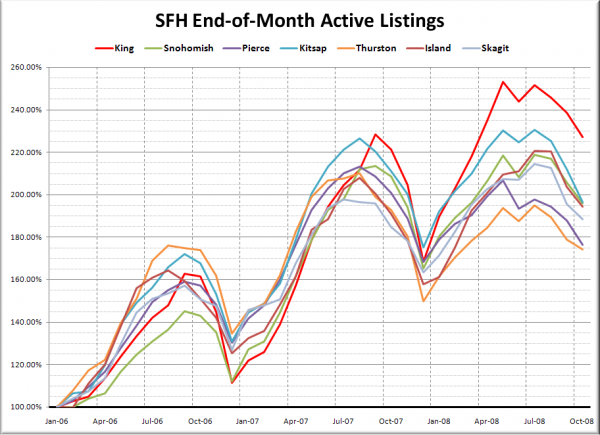 Nothing too surprising here, with King County still separated from the bunch, having over 220% as many homes on the market at the end of October 2008 than in January 2006. No other county registered above 200%. 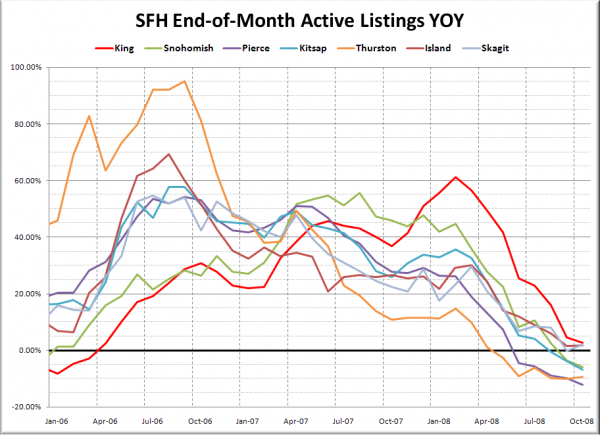 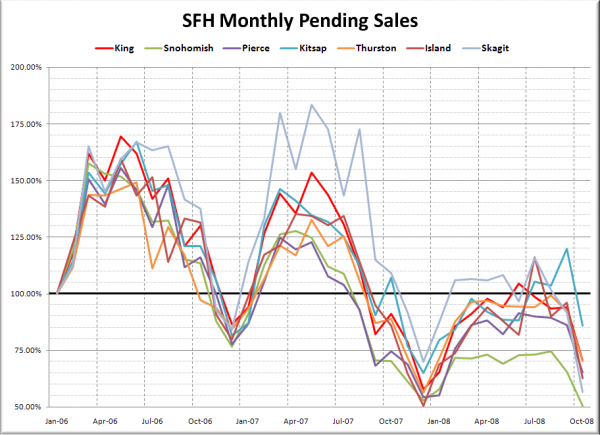 After the unusual boost in September sales, every county experienced a sharp decline in October. The drop in Snohomish County put their October sales at barely over half as many sales as January 2006. 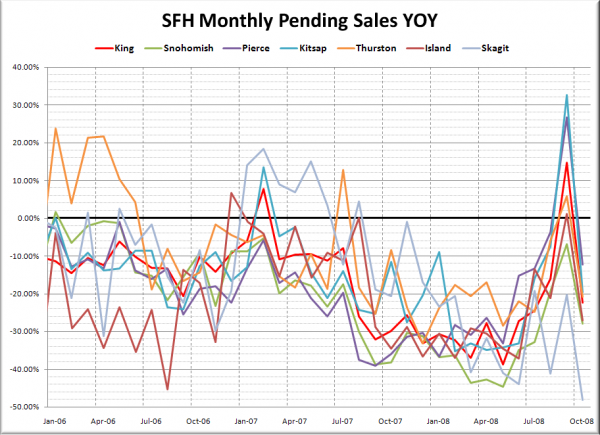 The September to October drop in sales is even more dramatic on the year-to-year graph, making it abundently clear that September’s sales spike was nothing more than an aberration.

None of the counties look particularly strong heading into what is typically the slow season for real estate. It seems likely at this point that before the spring “sales season” hits, price declines from peak may reach 25% across the board.