Here’s your October update on Foreclosure activity in King, Snohomish, and Pierce counties. First up, the Notice of Trustee Sale summary:

The graphs below are derived from monthly Notice of Trustee Sale counts gathered at King, Snohomish, and Pierce County records. For a longer-term picture of King County foreclosures back to 1979, refer to this post.

First let’s look at the number of Notices of Trustee Sale scaled in terms of number of households per foreclosure (based on household data for each county from the American Community Survey, assuming linear household growth between surveys): 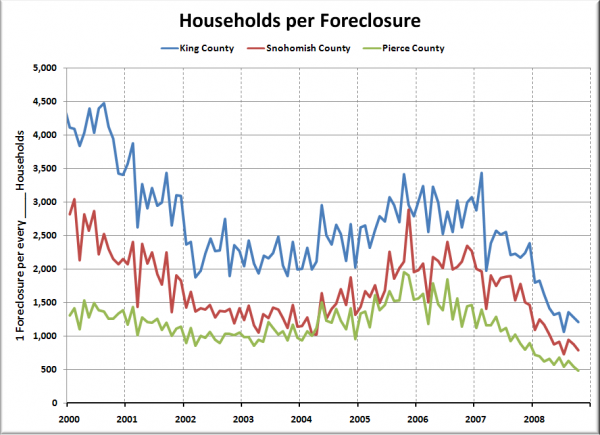 Following are charts of King, Pierce, and Snohomish County foreclosures from January 2000 through October 2008, with uniform y-axis scales to provide easier comparison. Click below to continue… 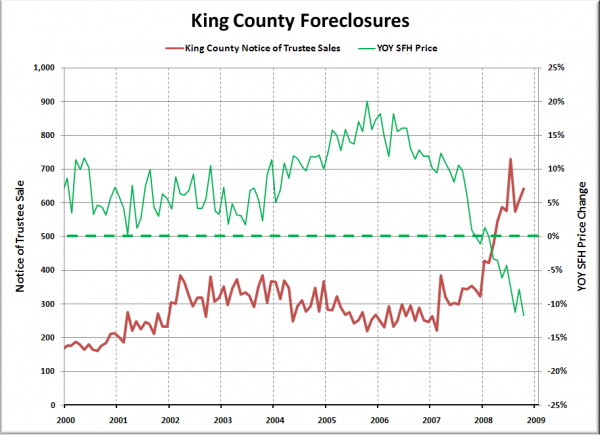 Foreclosures shot up again in King County, reaching their second-highest level ever, still short of July’s level of 730. 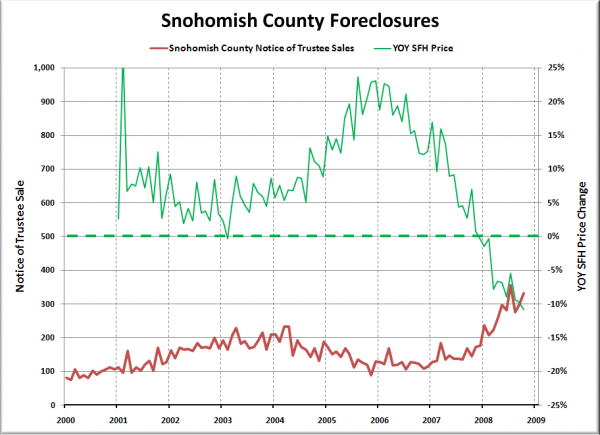 Similar story in Snohomish County, where October’s 331 NOTs were just barely shy of the record 355 set in July. 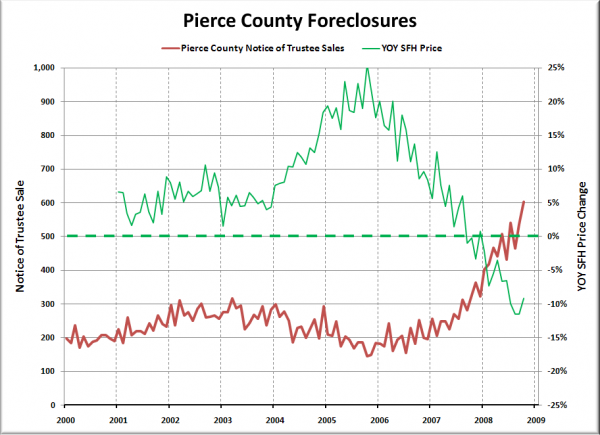 Down in Pierce County they easily set another new record, with October coming in with over 10% more foreclosures than July, the previous record month. Ouch.