Last year prices fell 0.97% from January to February and year-over-year prices were down 2.70%.

Here’s the usual graph, with L.A. & San Diego offset from Seattle & Portland by 17 months. Portland extended its streak to three months of turning in a smaller YOY loss than Seattle. The YOY declines in Los Angeles and San Diego both continued the upward trends that began with November’s data. 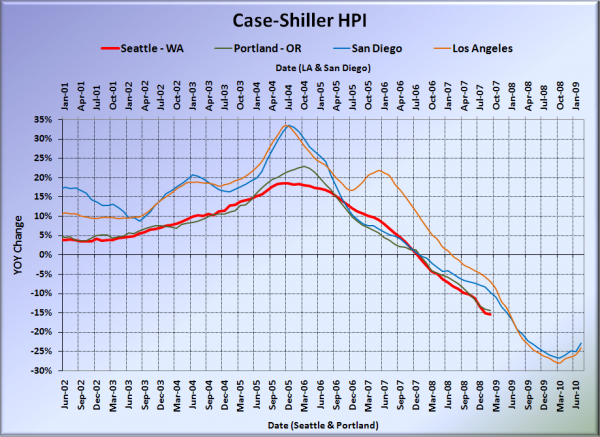 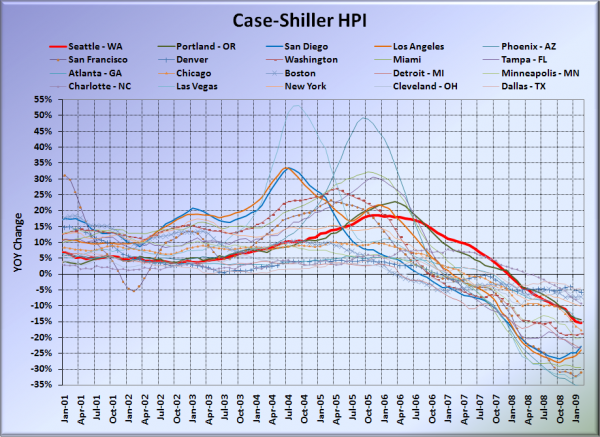 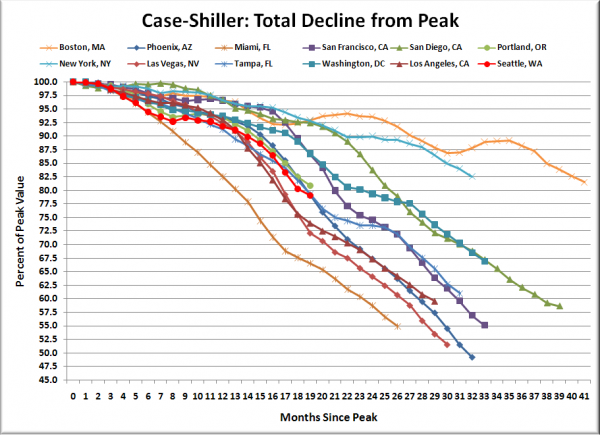 In the nineteen months since the price peak in Seattle prices have declined just shy of 21%. Seattle’s price decline this far from the peak was just slightly larger than what was seen in Tampa. Only Miami, Las Vegas, and Los Angeles had declined further this far after their respective peaks. 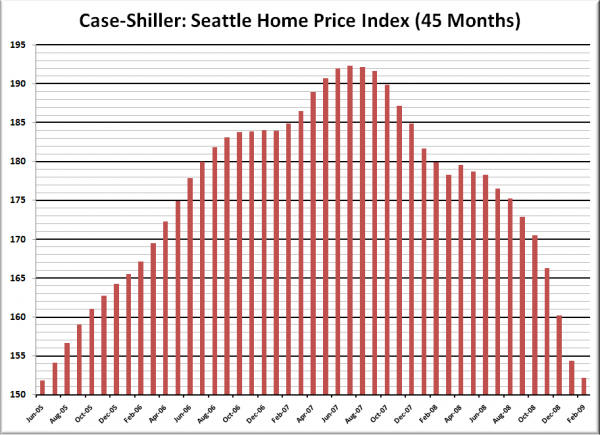