First up is the straight graph of the index from January 2000 through February 2009. 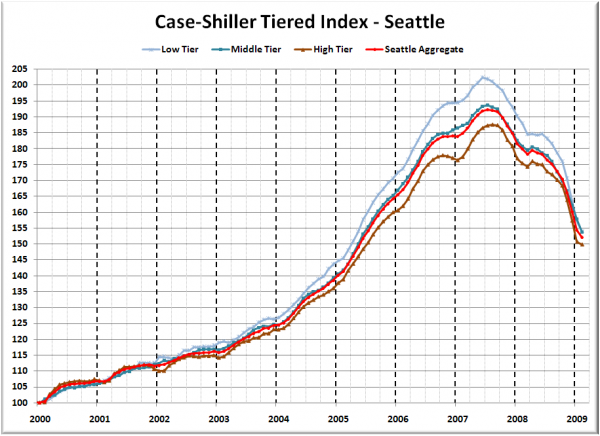 Here’s a chart of the year-over-year change in the index from January 2003 through February 2009. 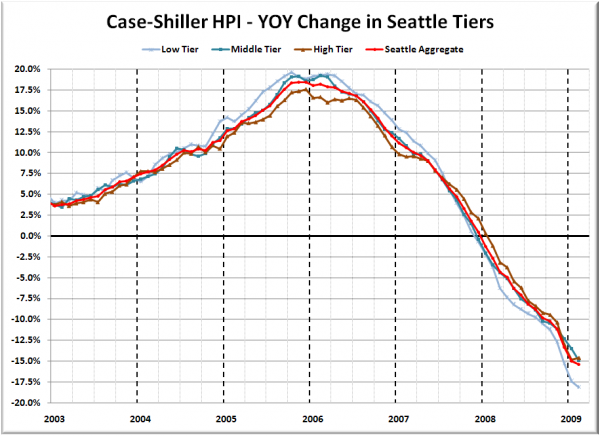 The low tier inched closer to matching its October 2005 +19.6% performance but in opposite magnitude. The high tier actually improved slightly from a year-over-year basis, for the first time since March 2006. The low tier again kept its title for largest YOY decline, with the high and middle tiers swapping places. Here’s where the tiers sit YOY as of February – Low: -18.1%, Med: -14.9%, Hi: -14.6%. 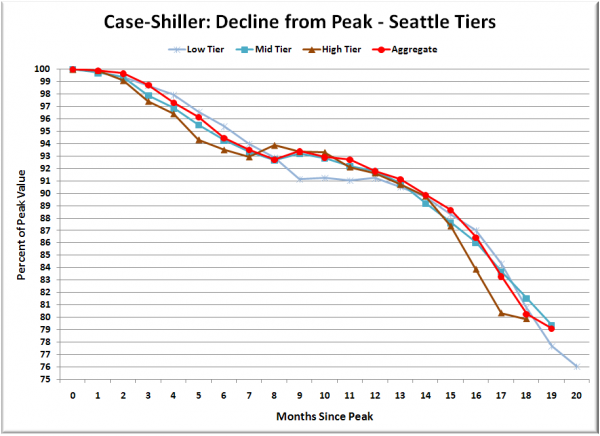 What’s interesting is that the decline softened somewhat month-to-month for the high and low tiers, but continued at roughly the same rate for the middle tier. It will be interesting to see if this is just a one-month outlier or the beginning of some sort of pattern.