Time for our April update on Foreclosure activity in King, Snohomish, and Pierce counties. First up, the Notice of Trustee Sale summary:

Here’s a simple look at how April’s foreclosures compare to the same month last year in each of the three counties: 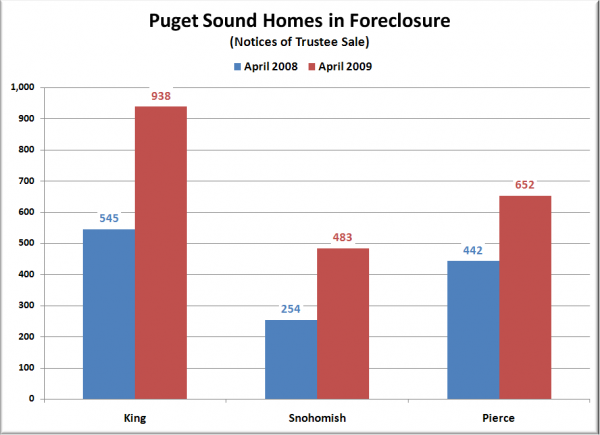 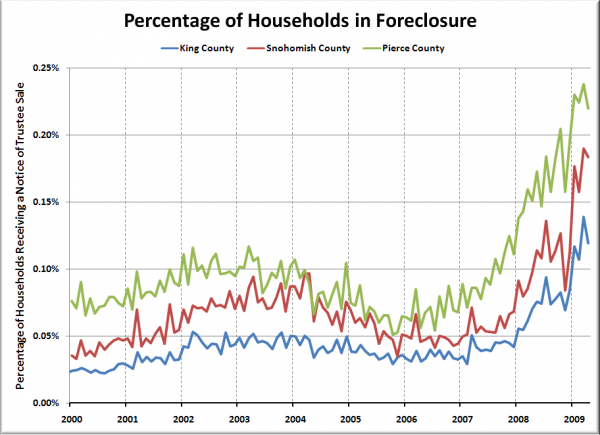 According to foreclosure tracking company RealtyTrac, Washington’s statewide foreclosure rate of one foreclosure for every 817 households was 27th worst among the 50 states and the District of Columbia (down from 18th last month). This was also better than the national average of 374 households per foreclosure. Note that RealtyTrac’s definition of “in foreclosure” is much broader than what we are using.

Following are charts of King, Pierce, and Snohomish County foreclosures from January 2000 through April 2009, with uniform y-axis scales to provide easier comparison. Click below to continue… 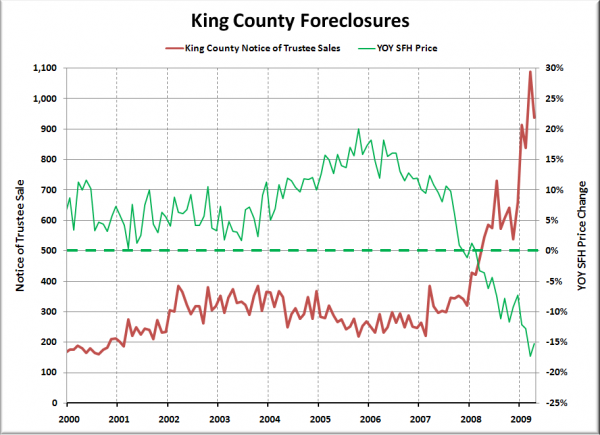 The number of King County homes in foreclosure pulled back slightly from the highs set in March. 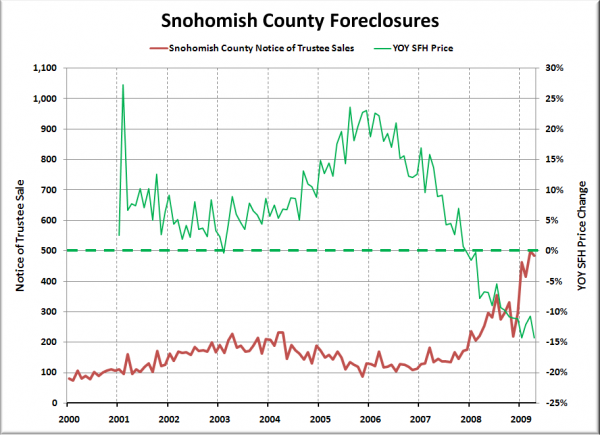 Snohomish County also experience a dip, although theirs was much smaller in magnitude. 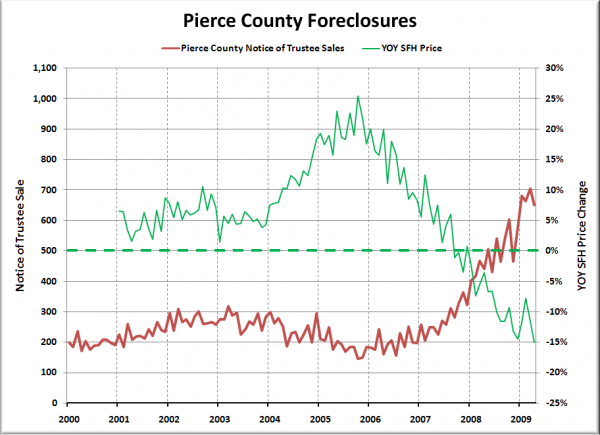 Pierce County’s dip was relatively small as well, and continued to see the smallest YOY rise.

Finally, here’s a bonus graph from the current issue of Sound Housing Quarterly. When you view foreclosure notices by quarter, the effect of last year’s holiday foreclosure moratorium becomes quite clear: 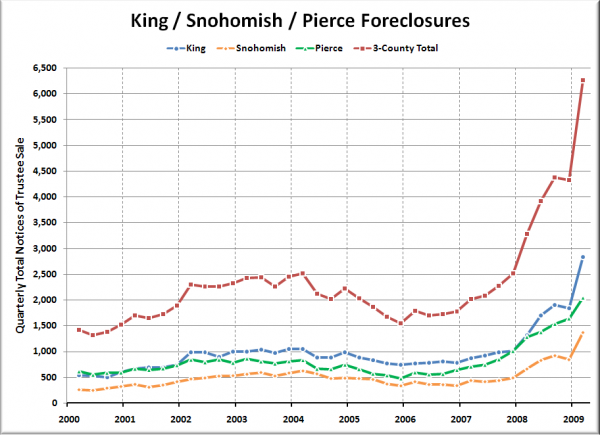 Note: The graphs above are derived from monthly Notice of Trustee Sale counts gathered at King, Snohomish, and Pierce County records. For a longer-term picture of King County foreclosures back to 1979, refer to the final chart in this post.