Time for our June update on Foreclosure activity in King, Snohomish, and Pierce counties. First up, the Notice of Trustee Sale summary:

[Update]
Kary points out in the comments that the massive May to June spike may be due to a new state law that was passed by the legislature and signed by Gregoire at the end of April. The bill—Senate Bill 5810 (pdf)—essentially adds a bunch of additional red tape for lenders foreclosing on owner-occupied residential property with mortgages minted from 2003 through the end of 2007. In a nutshell, it requires lenders to make a good faith effort to contact borrowers by mail and telephone to notify them of the housing counseling options available to borrowers in foreclosure before they are allowed to file a notice of default (which comes before a notice of trustee sale).
[End of Update]

Here’s a simple look at how June’s foreclosures compare to the same month last year in each of the three counties: 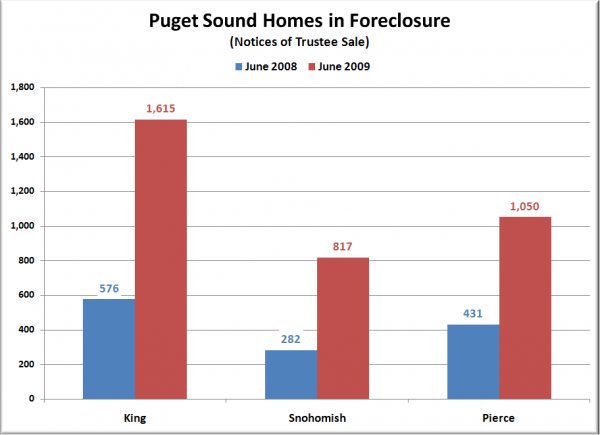 To give the numbers some more context, here’s a comparison of June closed sales reported by the NWMLS and June notices of trustee sale: 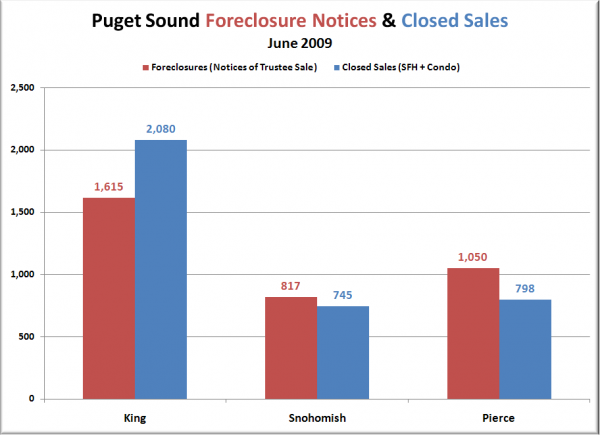 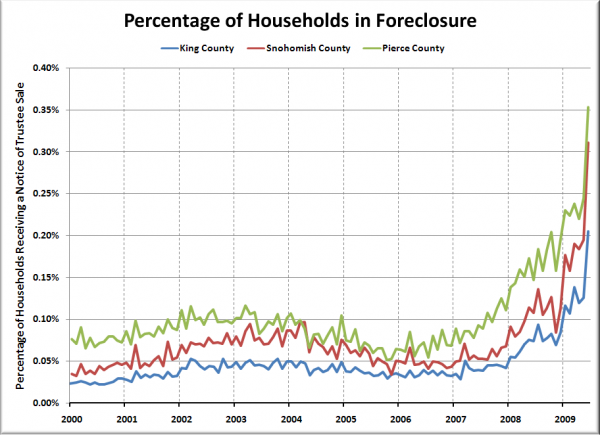 According to foreclosure tracking company RealtyTrac, Washington’s statewide foreclosure rate of one foreclosure for every 138 households was 17th worst among the 50 states and the District of Columbia (up from 18th last month). However, this was still better than the national average of 84 households per foreclosure. Note that RealtyTrac’s definition of “in foreclosure” is much broader than what we are using.

There are many possible outcomes once a notice of trustee sale is filed. The borrower could get the lender to agree to a short sale, the borrower could “turn in the keys” via a “deed in lieu of foreclosure,” or the trustee sale could take place, theoretically resulting in the filing of a “trustee deed.” Unfortunately it’s a complex process that does not lend itself well to simple analysis.

However, in an attempt to better understand what is going on, let’s look at another new chart. In the chart below, I have plotted the number of “Discontinuance of Trustee Sale” documents filed in King County each month. Theoretically, according to RCW 61.24.090, a discontinuance of trustee sale is supposed to be filed if the borrower catches up on their payments and the foreclosure is canceled:

(6) If the default is cured and the obligation and the deed of trust reinstated in the manner provided, the trustee shall properly execute, acknowledge, and cause to be recorded a notice of discontinuance of trustee’s sale under that deed of trust.

In reality many lenders do not file this notice, but if we look at historic percentages we may be able to learn something. 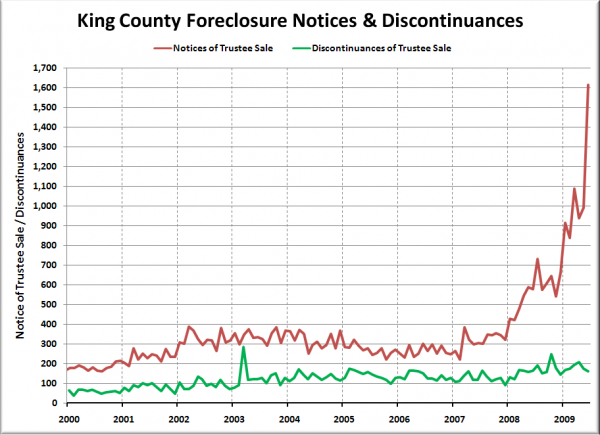 Following are the usual charts of King, Pierce, and Snohomish County foreclosures from January 2000 through June 2009. Click below to continue… 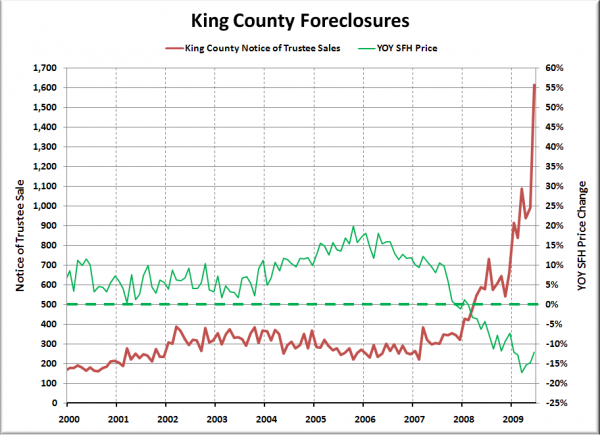 The number of King County homes in foreclosure shot up to 48% higher than its previous record of 1,089 set in March. 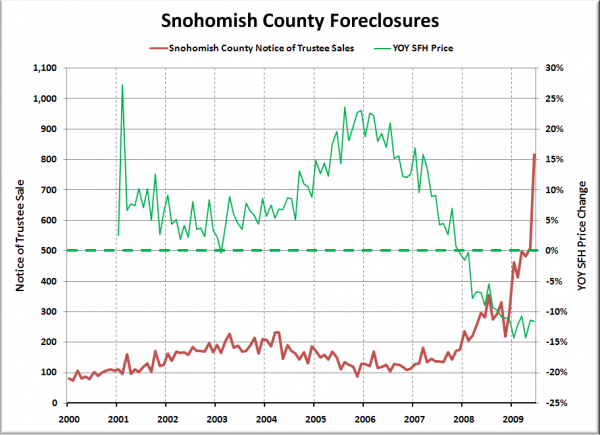 Snohomish County also shot up to a stunning 60% higher than the record set just a month earlier in May. 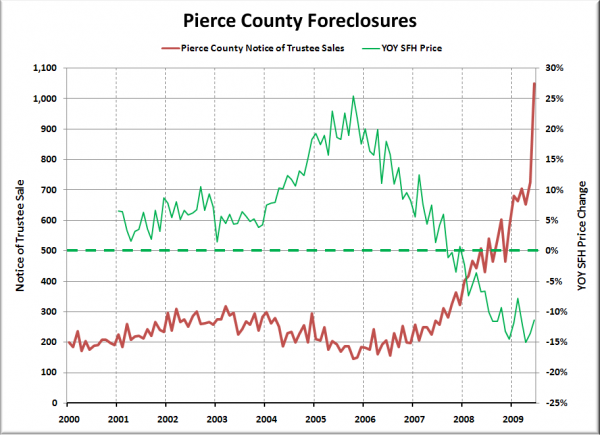 Same story in Pierce County, which registered a 45% month-to-month increase.

So much for the rates of increase tapering off like they were last month. Here’s one last chart to give you some longer-term context for the latest figures: 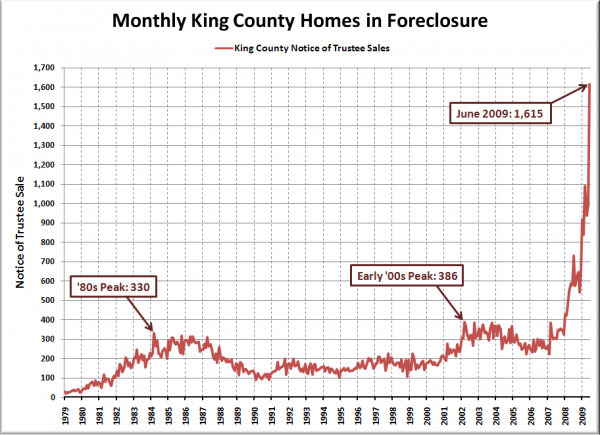