Last year prices fell 0.5% from April to May and year-over-year prices were down 6.3%.

Here’s the usual graph, with L.A. & San Diego offset from Seattle & Portland by 17 months. Portland rose from April to May, so the year-over-year drops down there continue to come in smaller than here in Seattle. Meanwhile, down in SoCal, the losses shrank to less than 20% YOY. If this pattern keeps up, Seattle could be seeing larger YOY drops than Los Angeles & San Diego by September. 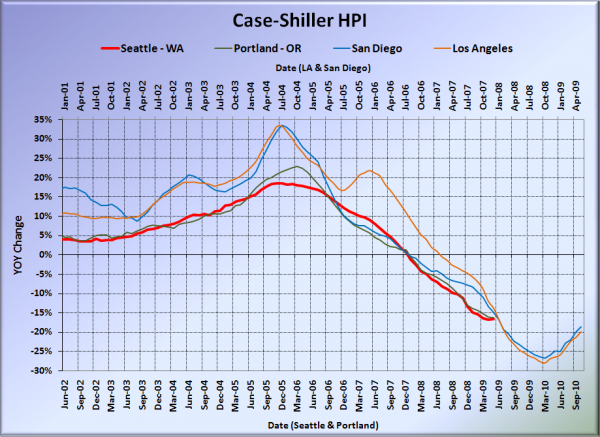 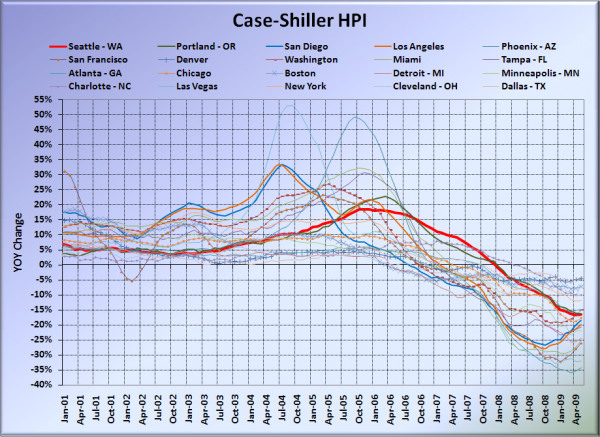 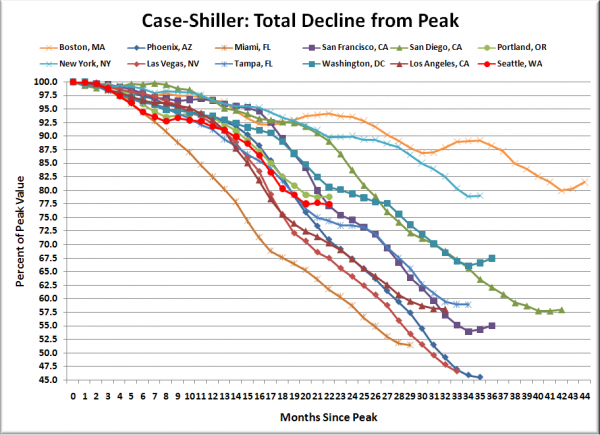 In the twenty-one months since the price peak in Seattle prices have declined 22.5%. This spring’s flatline puts us right in line with San Francisco’s relative drop. San Francisco and DC both seem to be having uncharacteristically strong spring upticks this year. 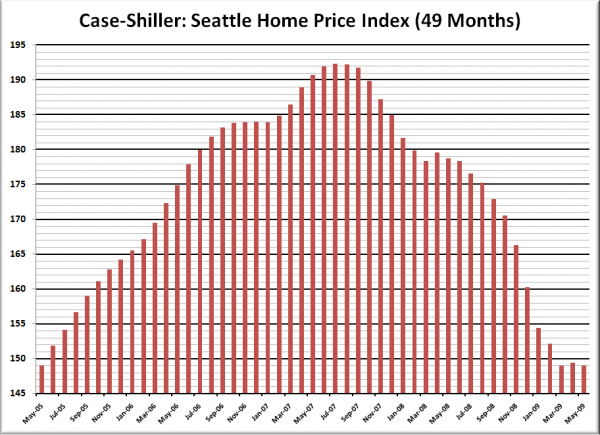 Finally, the following chart takes the post-bubble years of 2007, 2008, and 2009 and indexes each January’s Case-Shiller HPI to 100 so we can get a picture of how this year’s declines compare to last year: 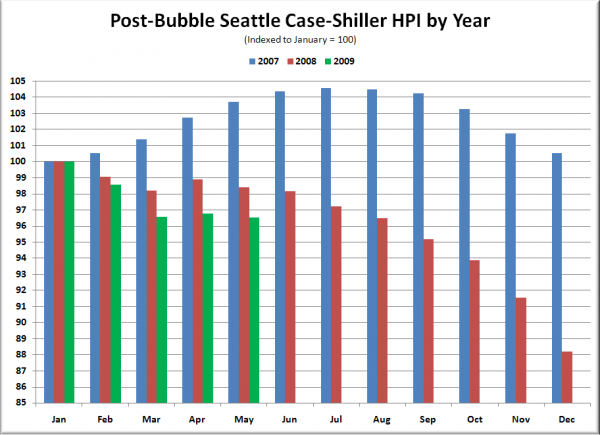 [Update]
Since the news reports on the radio and in the papers this morning are focusing on the month-to-month increase in the 10-city and 20-city indices, I thought I would add this chart, which compares the month-to-month change for all 20 metro areas tracked by Case-Shiller: 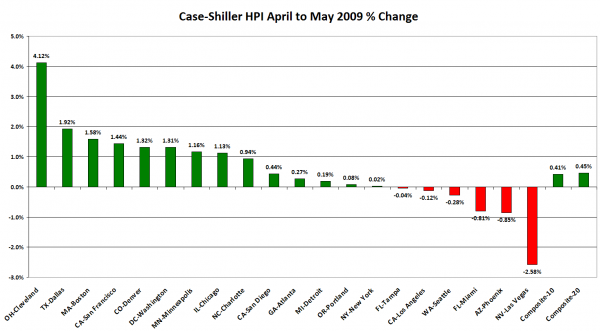 Of course, the seasonally-adjusted data (which is the only semi-sensible way to look at month-to-month numbers) paints a somewhat less rosy picture, but at least Seattle moves from fourth-worst to sixth-worst. 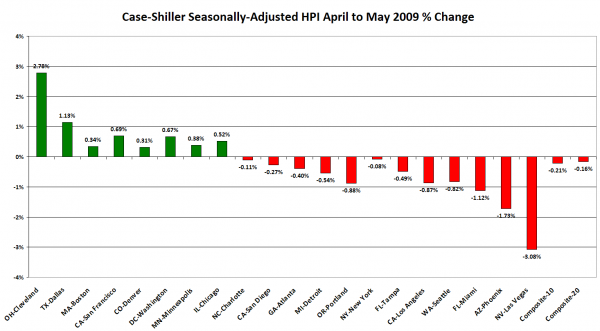