Interestingly, although the overall index fell slightly, the tier breakpoints increased from April to May, which would seem to indicate a shift in the sales mix of homes away from the low end toward the high end. This matches up with what I pointed out on the 8th, that there has been a general trend since the beginning of the year of increasing sales on the Eastside (more expensive homes) and decreasing sales in South King (less expensive homes).

First up is the straight graph of the index from January 2000 through May 2009. 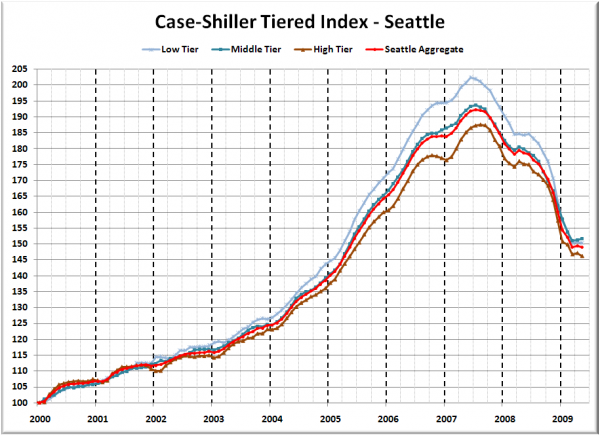 The low and high tiers both fell, by 0.3% and 0.7% respectively, while the middle tier increased by 0.3%. The “rewind” situation held steady for the third month in a row, with low tier rewound to March 2005 and the middle and the high tiers to May 2005.

Here’s a chart of the year-over-year change in the index from January 2003 through May 2009. 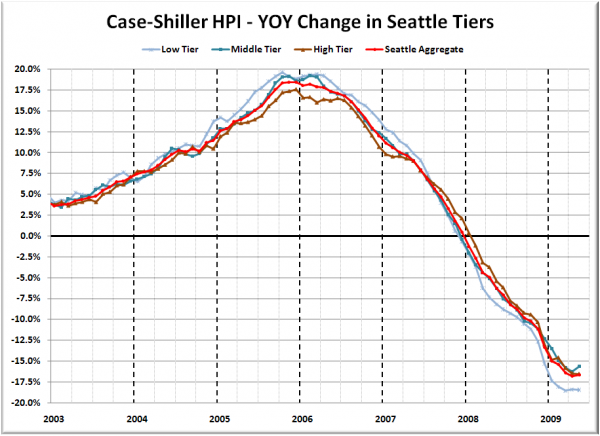 Not surprisingly given the directions of their respective indices, the YOY drop in the low and high tiers increased, while the middle tier decreased. Here’s where the tiers sit YOY as of May – Low: -18.4%, Med: -15.7%, Hi: -16.5%. 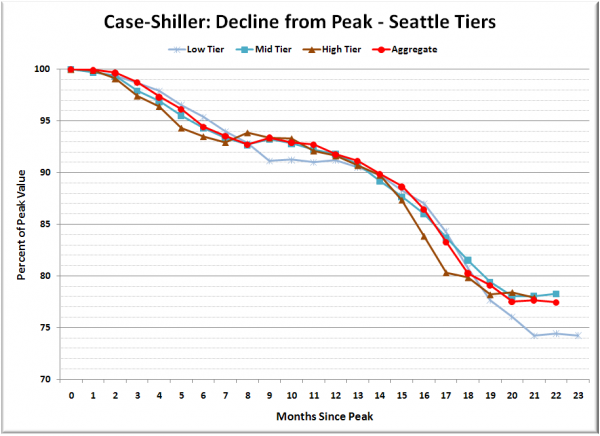