Time for our June update on Foreclosure activity in King, Snohomish, and Pierce counties. First up, the Notice of Trustee Sale summary:

The effect of the new state law that was passed in April (Senate Bill 5810) began waning in July, as the number of foreclosure notices backed off their insanely-high June volumes.

The new law essentially makes it more difficult for a lender to foreclose on owner-occupied homes with mortgages minted from 2003 through the end of 2007, and adds an extra 30 days to the process. Since a notice of trustee sale comes 30 days after the notice of default, a surge in default notices filed before the bill became law in late July could result in a continued surge in notices of trustee sale through this month.

After that, it is likely that we will see a lull in apparent foreclosure activity for a month or two as the newly-legislated time in the pipeline fills up. My guess is that by the end of this year we will probably be back to a more “normal” post-bubble foreclosure level of ~1,000 notices of trustee sale per month.

Here’s a simple look at how July’s foreclosures compare to the same month last year in each of the three counties: 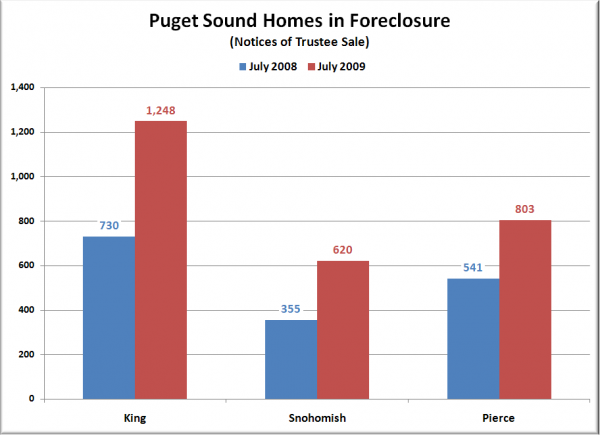 To give the numbers some more context, here’s a comparison of July closed sales reported by the NWMLS and July notices of trustee sale: 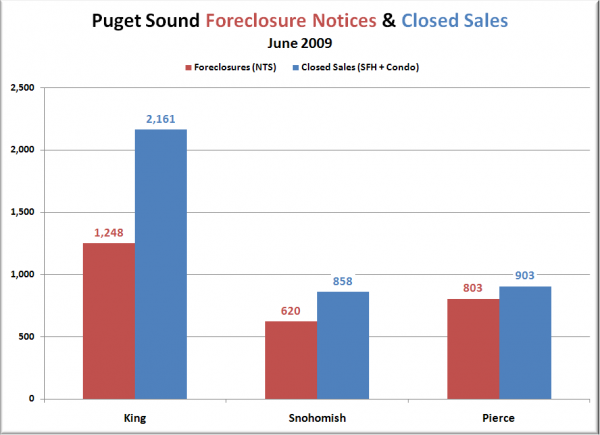 We’re back to more people buying homes than losing them in all three counties, at least. 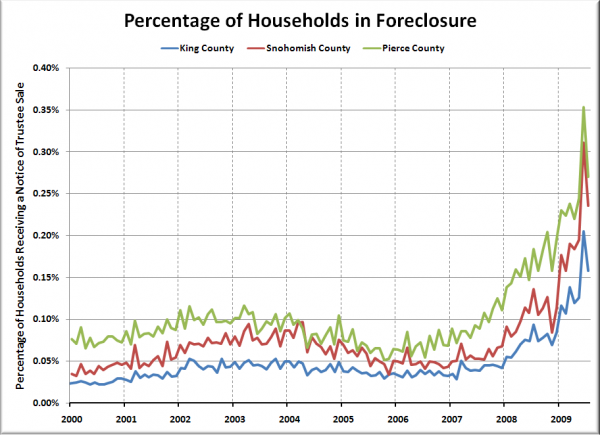 According to foreclosure tracking company RealtyTrac, Washington’s statewide foreclosure rate of one foreclosure for every 511 households was 13th worst among the 50 states and the District of Columbia (up from 17th last month). As usual, this was still better than the national average of 355 households per foreclosure. Note that RealtyTrac’s definition of “in foreclosure” is much broader than what we are using.

Following are the usual charts of King, Pierce, and Snohomish County foreclosures from January 2000 through June 2009. Click below to continue… 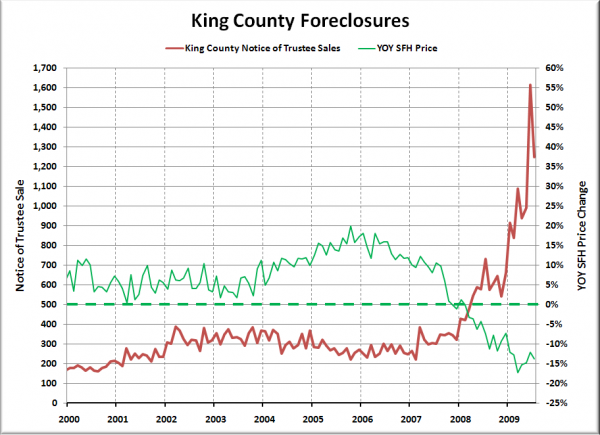 Down slightly from the June peak, but still the second-highest level ever. 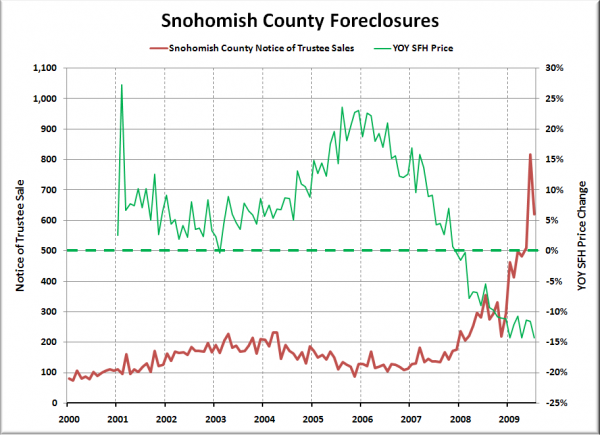 Same deal in Snohomish: second-highest level of all time. 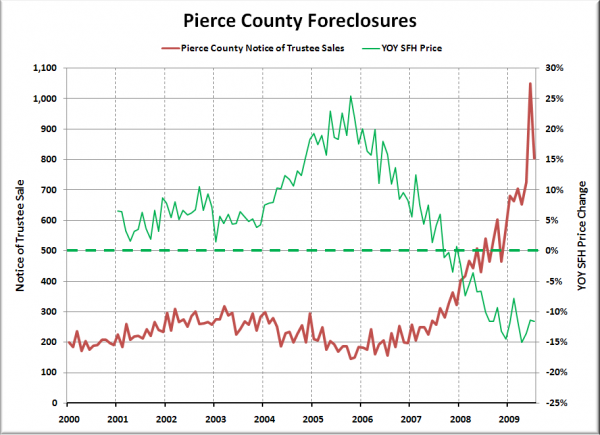 And again, same in Pierce.

It will be interesting to see if this new law has any effect other than to simply delay the foreclosure pipeline. Based on similar actions that have been attempted in other states, I doubt anything else will happen.