Now that August is behind us, let’s have a look at the monthly stats preview. Most of the charts below are based on broad county-wide data that is available through a simple search of King County Records. If you have additional stats you’d like to see in the “preview,” drop a line in the comments and I’ll see what I can do.

Here’s your preview of August’s foreclosure and home sale stats: 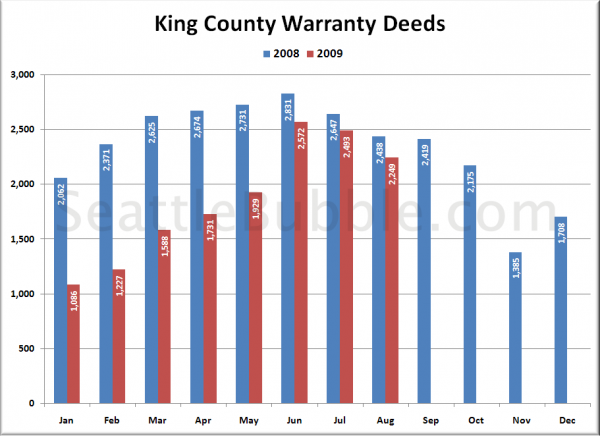 County sales as measured by warranty deeds were down about 8% from last year in August, and off 10% from July. 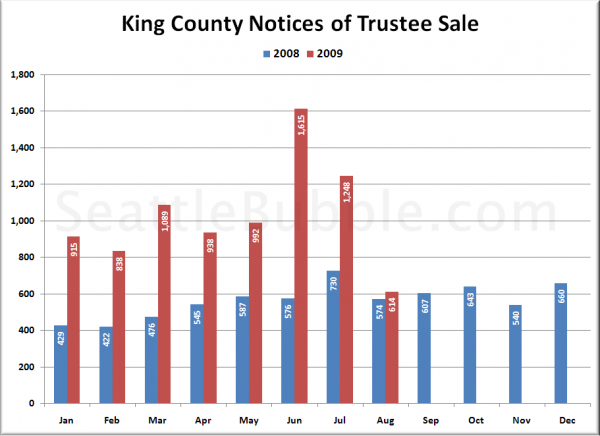 Looks like exactly what we expected to happen. In our July foreclosure update a few weeks ago, I said “it is likely that we will see a lull in apparent foreclosure activity for a month or two as the newly-legislated time in the pipeline fills up.” Actually I was surprised to see that despite the lull, we still came in slightly higher than last year (+7%). 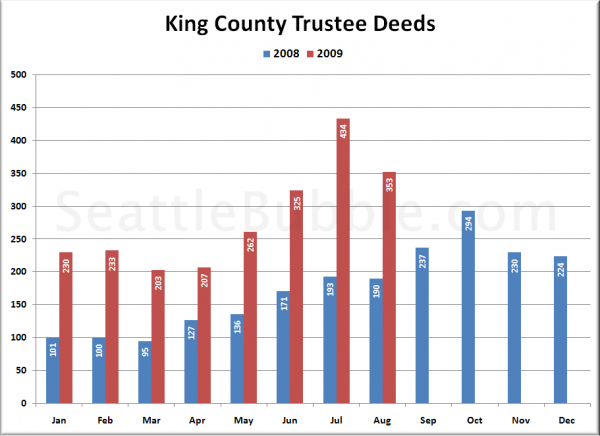 Down from July’s high, but still up 86% from last year. Since actual repossessions lag trustee sale notices by 90 days, we can probably expect to see this drop for the next few months. 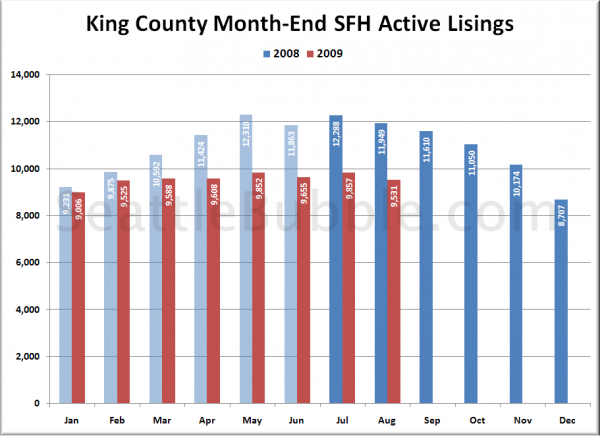 If our tracker is close to the official numbers, inventory will decline again slightly, for another year-over-year decrease of about 18%.

It looks like there still aren’t any convincing signs of a strong recovery underway in the sales figures. Stay tuned later this month a for more detailed look at each of these metrics as the “official” data is released from various sources.