Admittedly, yesterday’s post comparing home prices in Seattle to a remote location in Wisconsin really wasn’t fair. Granted, it was posted more for humor than for serious consideration, but there are certainly better comparisons that we could have made.

So what would be more fair? How about if we take the top 25 cities in the country by population, and see how Seattle home prices stack up?

Here are the top 25 cities in the United States, sorted by population based on Census Bureau estimates from July 2008 (source): 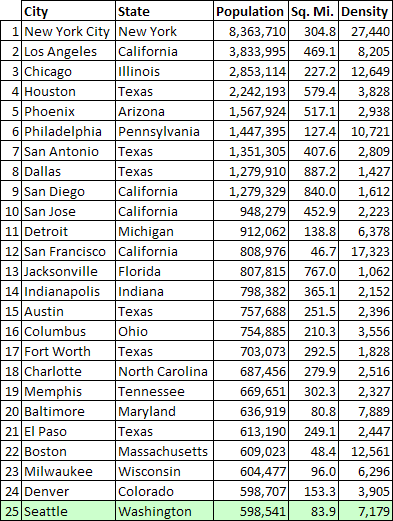 And here’s the same list of cities, sorted by population density (people per square mile): 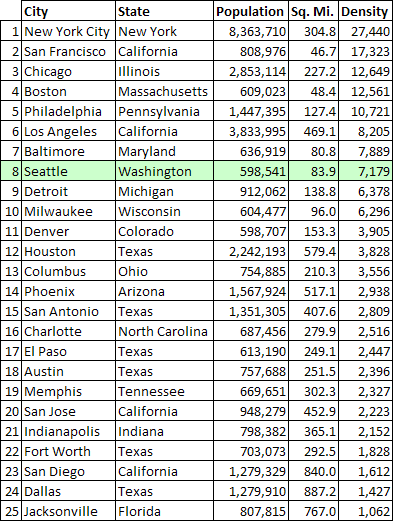 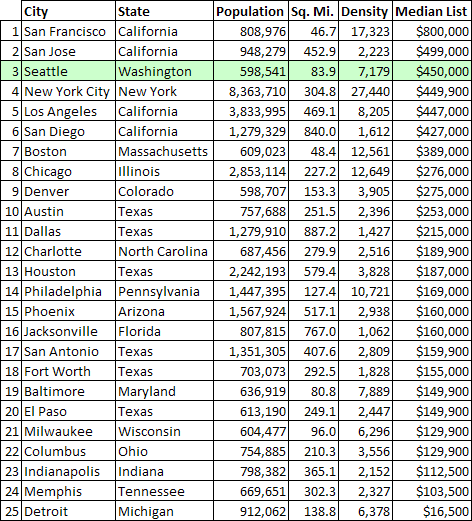 Detroit at #25 makes sense to me. Seattle at #3 above New York, Los Angeles, Boston, and Chicago… not so much. I guess Seattle is still special (at least in the minds of sellers)!