The 2000-2007 average decline in closed sales from October to November was 12.8%, at 10.5%, the fake expiration of the tax credit did not boost November closings quite as much as I was expecting. Could it be that the strength of the tax credit was already wearing off before they even decided to extend it?

It is interesting to note that after spending the previous seven months in excess of 2,000, pending sales dropped through the floor in November, taking the largest one-month tumble on record. The average October to November drop in pending sales 2000-2008 is 13.7. Contrast that with 2009’s 31.1% drop. (Here’s a chart from the Seattle Bubble Spreadsheet for those month-to-month numbers.) Not too surprising considering that November pendings would have been too late to qualify under the old tax credit deadline, and there is no urgency anymore to rush to beat the new deadline.

As we head into winter, I’m comfortable now calling the winners in May’s poll: Guess the maximum 1-month total closed SFH sales in King Co. for 2009. 1,750-2,000 takes the prize. Only 12 of 123 voters selected the correct answer. Congratulations to deejayoh and me, as well as four other registered commenters.

Feel free to download the updated Seattle Bubble Spreadsheet, and here’s a copy in Excel 2003 format. Click below for the rest of the usual monthly graphs.

Here’s a look at pending sales, closed sales, and a forecast of the next two months of closed sales that assumes the relationship seen between the two over the previous nine months continues (which is an admittedly dangerous assumption given the phoney November closing deadline of the tax credit). 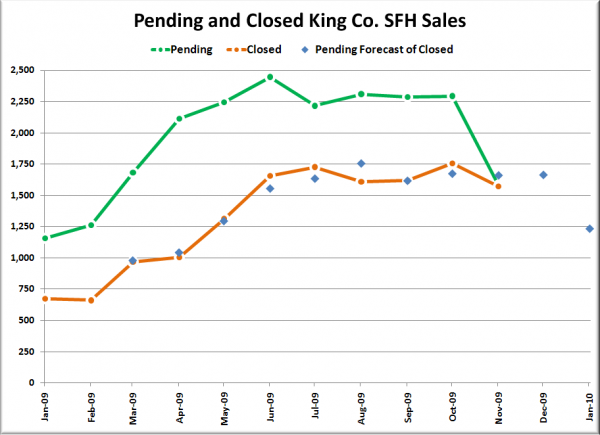 Here’s how the closed sales situation is shaping up compared to previous years: 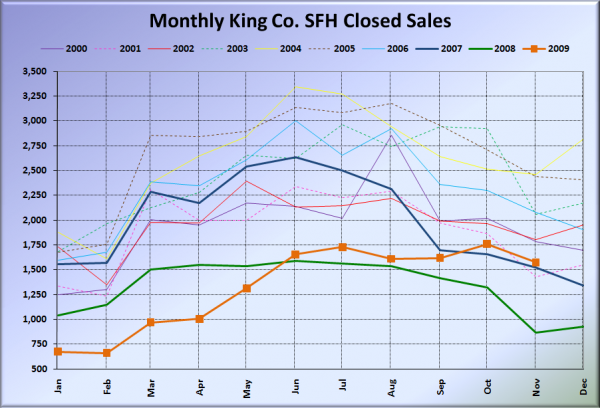 Not much of a deviation from the usual seasonal decline this time around. Certainly a much stronger showing than a year ago, but four other years actually had smaller month-to-month percentage declines from October to November. 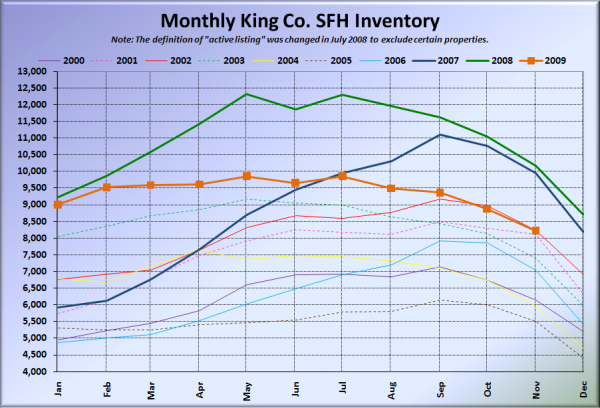 Still following the usual seasonal pattern, coming in as one of the highest years on record, higher than every year from 2000 through 2006 except 2002. 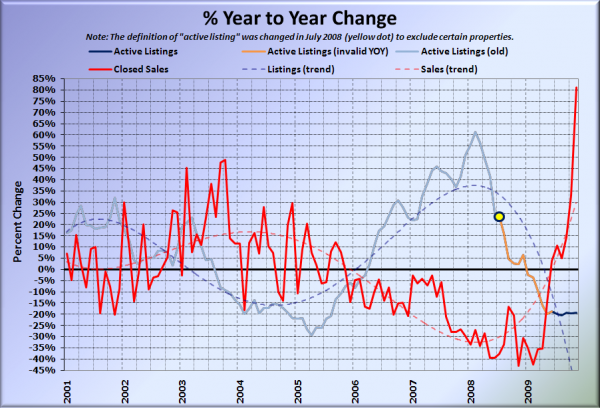 For the first time I actually had to (significantly) adjust the upper bound for the closed sales vertical axis. That’s probably sustainable, right? (sarcasm) 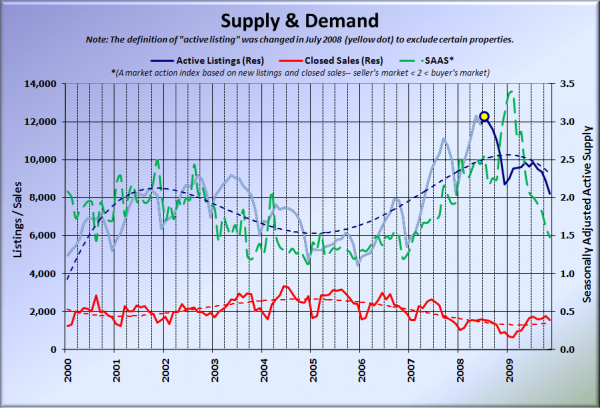 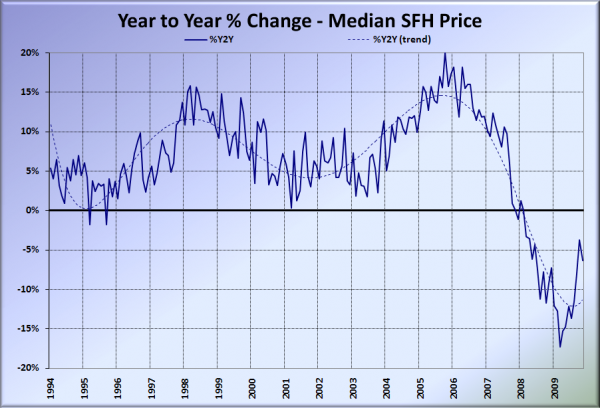 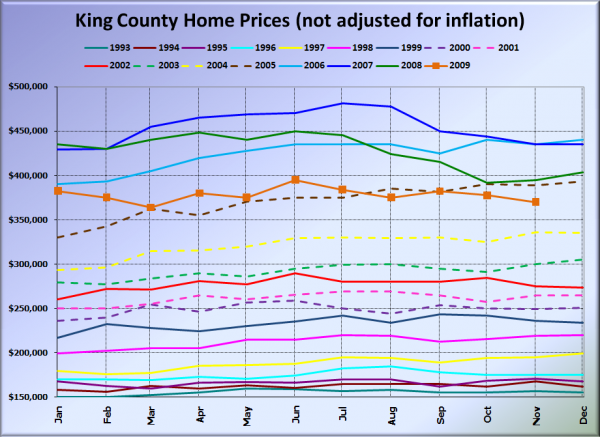 Seattle Times: Home sales shoot up in November from year ago thanks to federal tax credit
Seattle P-I: House sales up 81% in November, prices down in King County