With this latest release we have made a few notable changes. First and probably most interesting to the readers here is a new lower price. Now you can subscribe for a full year for just $60, or purchase a single issue for $20. Second, beginning with this issue we are now also covering Whatcom County. The real estate statistics covered in Sound Housing Quarterly now include 65% of Washington State by population.

Here are a couple of highlights from the fourth quarter issue.

The Real Estate Heat Index (a proprietary index I created that uses supply, demand, and home prices to calculate the general “heat” of the housing market) rose in six of the eight Puget Sound Counties I track in the fourth quarter, declined in Thurston and was flat in Skagit. Here’s a look at King, Snohomish, Pierce, and Kitsap: 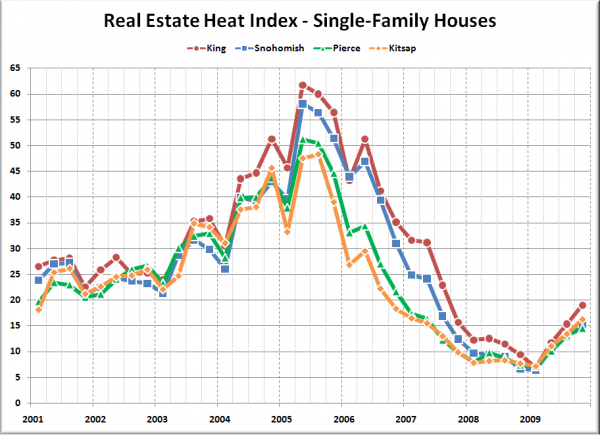 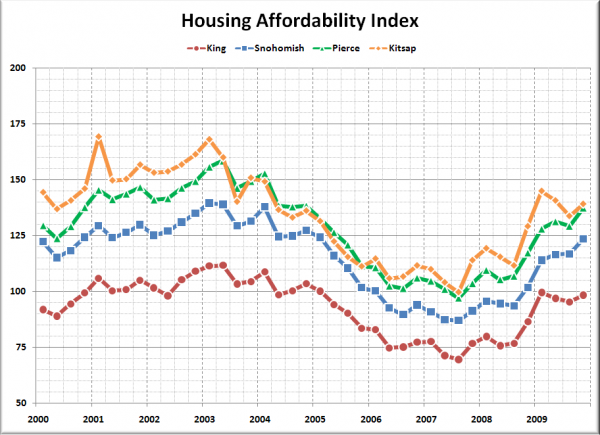 Head over to HousingQuarterly.com to subscribe to Sound Housing Quarterly. You can also download a free single-page summary of this quarter’s report, or head over to the free archive to check out last year’s Q3 and Q4 reports in full at no charge.