Now that the last month of 2009 is behind us, let’s have a look at January’s stats preview. Most of the charts below are based on broad county-wide data that is available through a simple search of King County Records. If you have additional stats you’d like to see in the “preview,” drop a line in the comments and I’ll see what I can do.

Here’s your preview of January’s foreclosure and home sale stats: 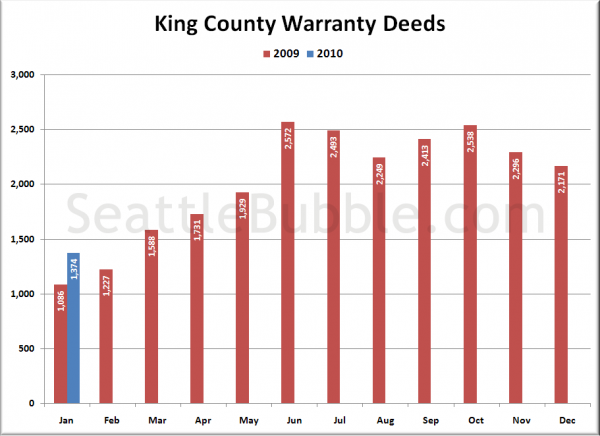 This year’s drop in warranty deeds from December to January was nearly the same as last year’s: -37%. If single-family home sales follow a similar pattern (dropping roughly the same as a year ago), that would put January’s closed SFH at around 1,060, up 58% YOY. Since last January and February saw the lowest 1-month volume of sales since 2000 (as far back as our data goes), a 60% YOY gain certainly isn’t out of the question. 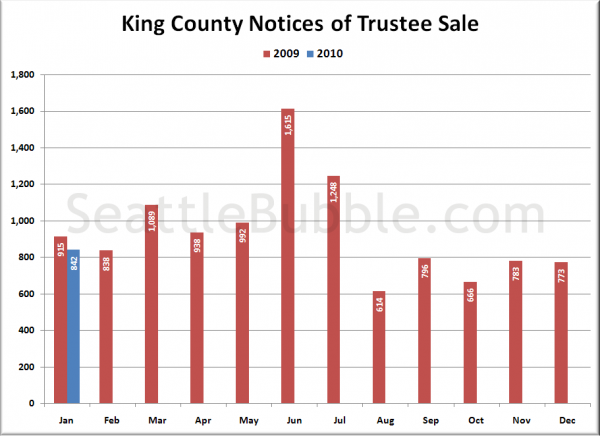 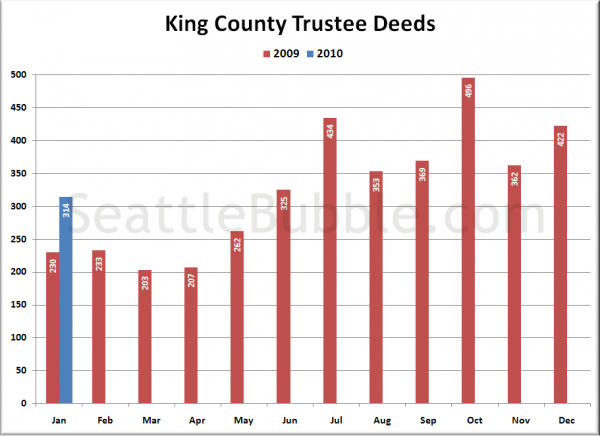 Actual completed foreclosures were up from last year, though the 36.5% year-over-year increase was smaller than any month in 2009. 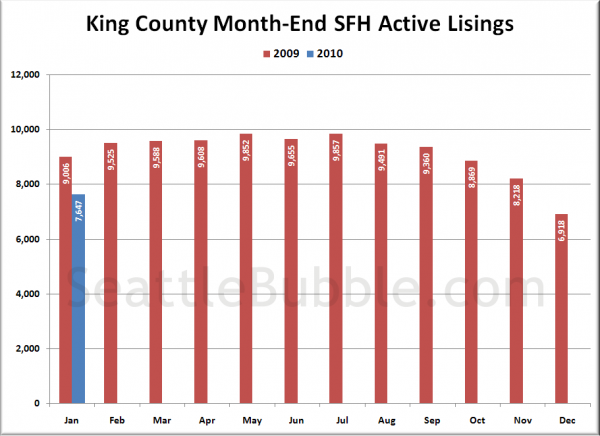 Down 15% from last year, but still 26% above the 2000-2007 average for January. Is the pent-up supply contining to grow, or are inventory levels still elevated, keeping down prices?