May market stats have been published by the NWMLS. Here’s a link to the NWMLS press release (not live quite yet): Home sales adjusting after surge before tax credits expired.

Home sales during May tapered off around Washington state following a surge of activity in April as buyers hustled to meet deadlines for tax credits.

It’s pretty difficult to sugar-coat a 44% month-to-month drop. Here’s what that looks like in chart form: 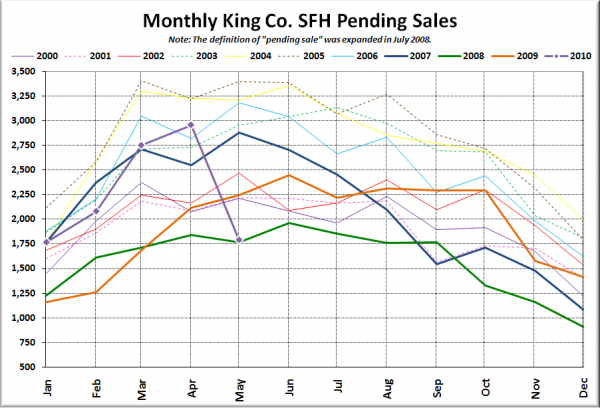 And keep in mind that over a third of pending sales are still seemingly never turning into closed sales. Get ready for the worst July closed sales on record.

That is quite the dramatic drop in pending sales. Also, it is worth noting that the number of new listings dropped off quite a bit between April and May as well (from 3,756 to 2,698), when most years see an increase. Apparently many people who were thinking of selling realized that the tax credit was their best chance this year.

Feel free to download the updated Seattle Bubble Spreadsheet, and here’s a copy in Excel 2003 format. 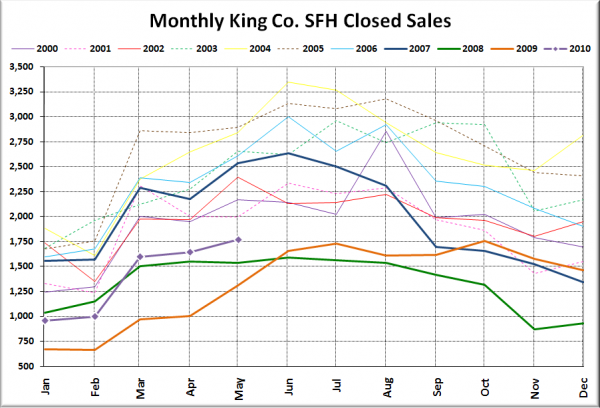 Just as I predicted last month, we bumped up a little from the 2008 line in May, though the increase was less than I expected. Tax credit buyers have until the end of this month to close if they want to qualify for the free cash, so I expect to see another slight increase this month before we drop off a cliff in July. 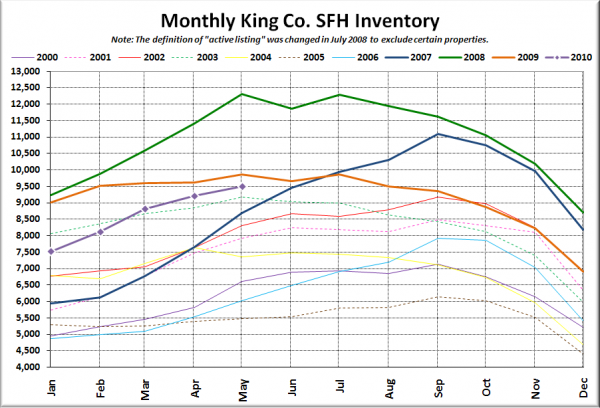 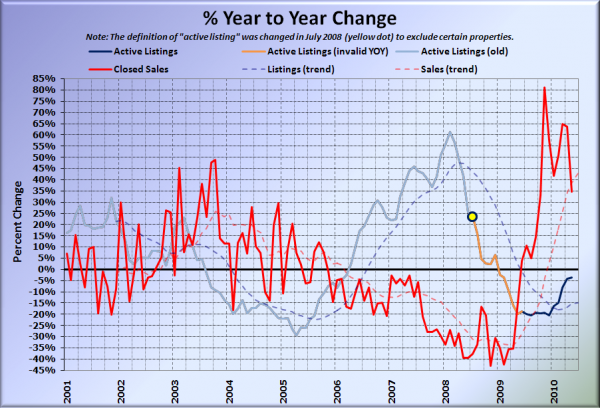 Sales are rapidly dropping off their massive high while inventory approaches zero. Expect the same pattern next month as well. 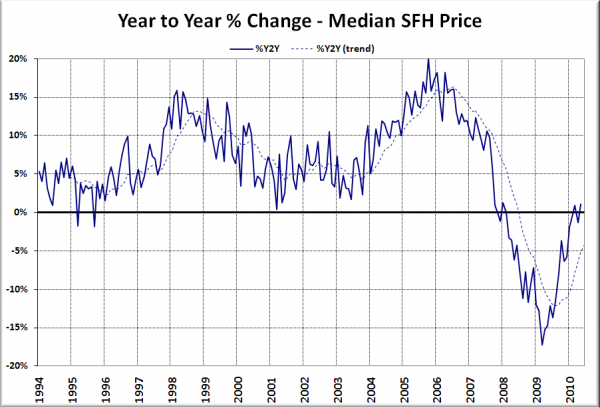 Nothing really all that interesting here. Last-minute tax credit buyers were probably not the best negotiators in the world. 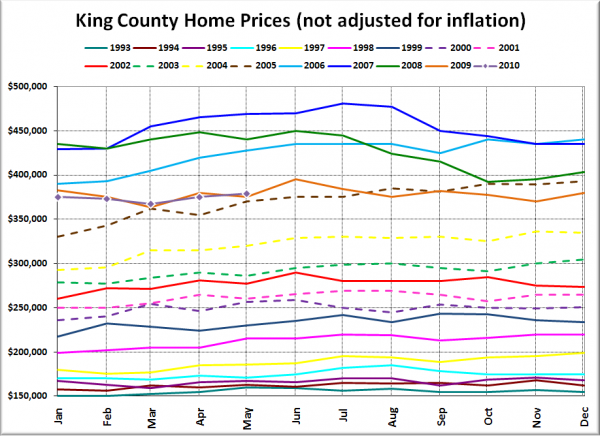 Maybe we’ll just hang out here at 2005 prices for the next five years.

Here are the news blurbs from the Times and P-I: