Here’s a little chart I whipped up that I thought was interesting. I pulled up a list of all the single-family homes sold for $1 million dollars over the last ten years in King County and averaged the square footage of the homes sold each year. 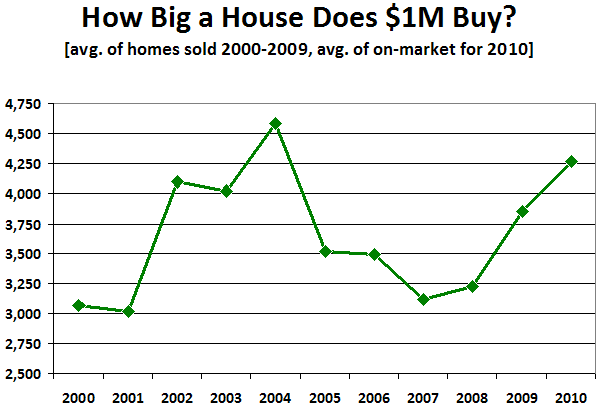