It’s been exactly a year since we last took a look at the local housing oversupply, and since the Washington State Office of Financial Management released their 2010 population and housing supply estimates a few weeks ago, I think it’s high time we took another look. 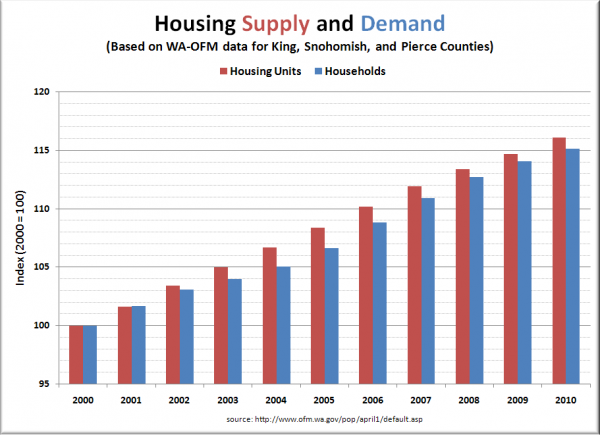 While the OFM’s updated population and housing estimates actually show a slight shrinkage in the oversupply from 2008 to 2009, in the last year 4,613 more housing units have been built in the 3-county region than new households have been created.

Here’s a look at the total number of households and housing units added in each county since 2000: 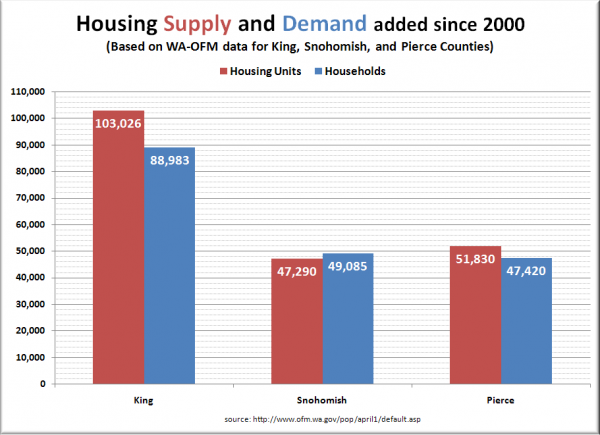 Across King, Snohomish, and Pierce counties, a total of 185,488 new households have been added since 2000. During the same time, 202,146 new housing units have been built, amounting to an oversupply of 16,658 housing units. Thanks to some particularly strong population growth between 2006 and 2008, Snohomish County actually comes in as the only county to have added more households in the last ten years than housing units.

Here’s a look at the raw number of housing units and households added to the region each year: 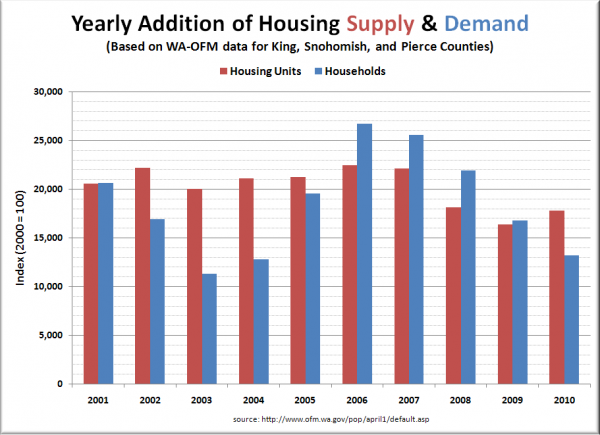 2001 (barely) and 2006-2009 all had people moving here faster than new housing stock was coming online, but the rate of housing stock growth in 2010 seems to be making up for lost ground.

Of course, all counties are not created equal. Here’s the year-by-year breakdown for King: 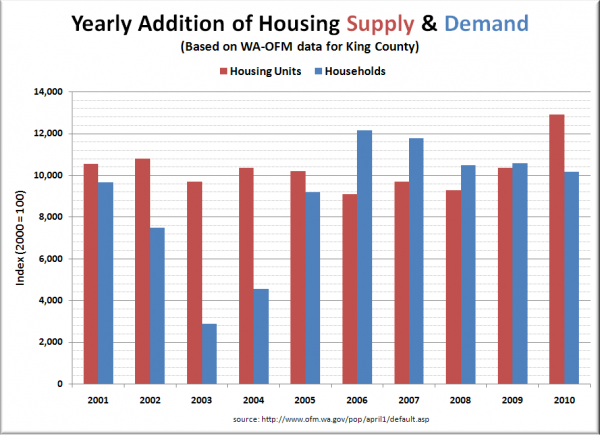 In King County, we’ve added 88,983 households and 103,026 housing units over the past ten years, for a total oversupply of 14,043 housing units. This last year’s housing stock growth has been especially strong compared to household growth.

Here’s the year-by-year for Snohomish: 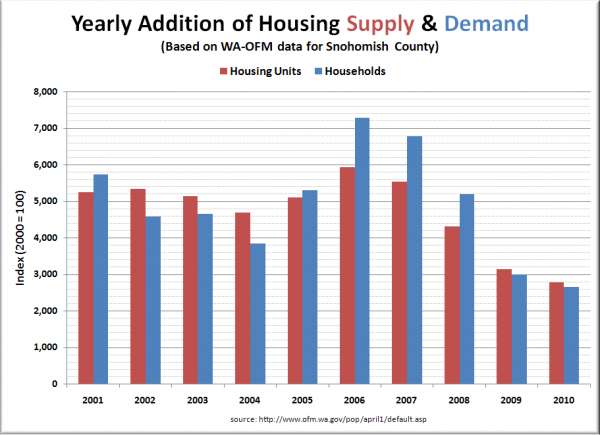 Snohomish has added 49,085 households and only 47,290 housing units since 2000, for a slight housing shortage of 1,795. Snohomish has been a bit more balanced the last couple years, but still added slightly more homes than households in 2009 and 2010. 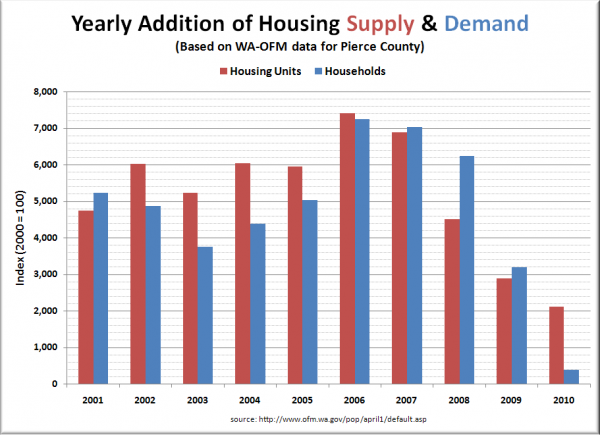 Since the economy didn’t really completely melt down until late 2008, I thought it would be interesting to look at just the total number of households and housing units added since the April 1, 2008 estimates. 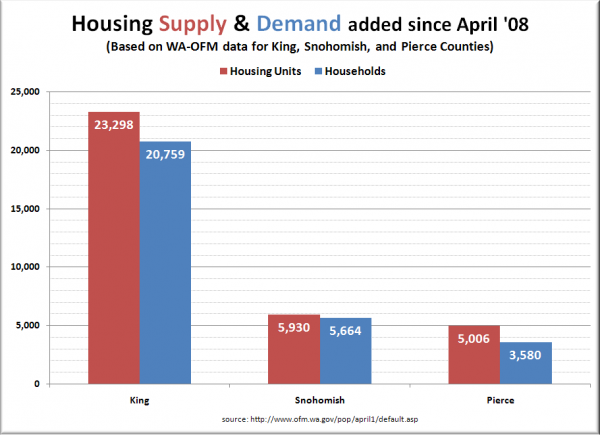 Surprisingly, despite the recession and the biggest housing bust the Seattle area (and the nation) has ever seen, new housing construction in all three counties has exceeded household growth over the last two years. In other words, the housing oversupply continues to grow (or, in Snohomish County, the shortage shrinks).