Our previous excursions into this data have been based on Census Bureau estimates, which are unfortunately not very timely. However, the Washington State Office of Financial Management keeps its own sets of estimates which are much more current. In fact, their latest release a few weeks ago provides data through April of this year. 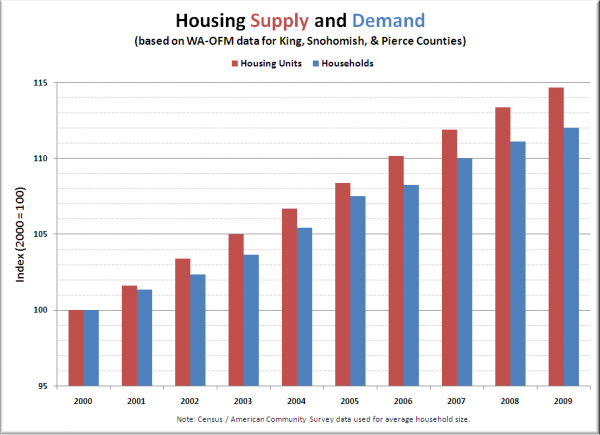 Across King, Snohomish, and Pierce counties, a total of 147,591 new households have been added since 2000. During the same time, 184,378 new housing units have been built, amounting to an oversupply of 36,787 housing units.

Here’s a look at the raw number of housing units and households that were added to the region each year: 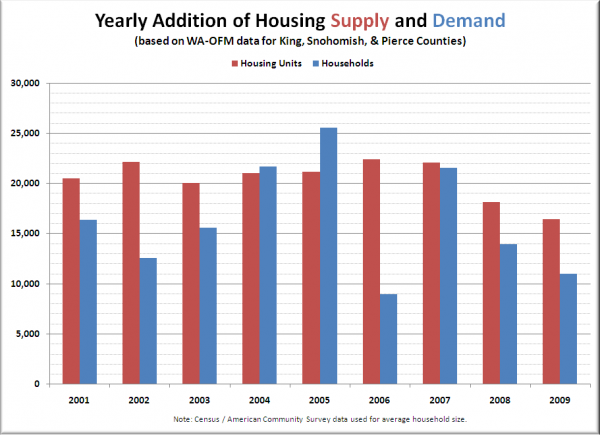 Only 2004 and 2005 had people moving here faster than new housing stock was coming online, and 2006 more than made up for the discrepancy in short order.

Here’s the indexed chart for King County only: 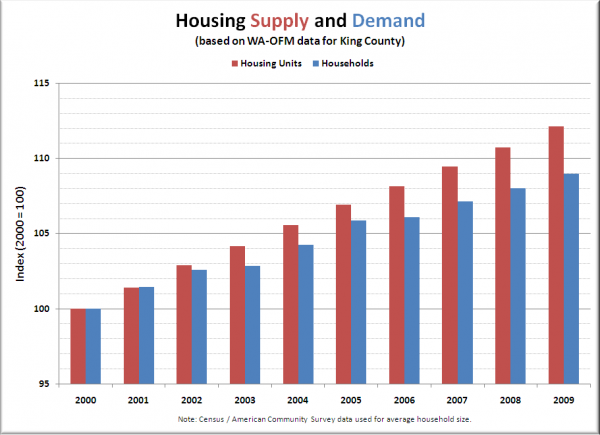 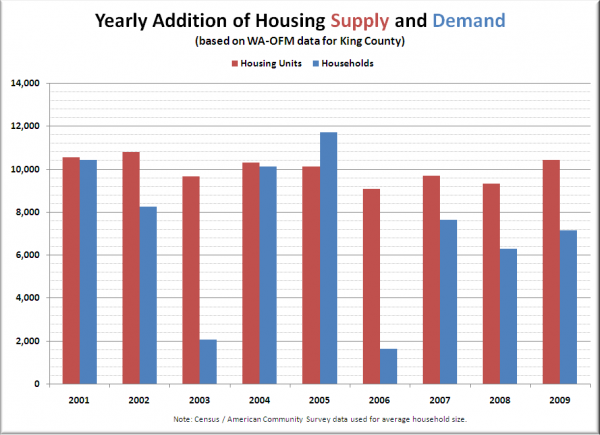 Here in King, only 2005 saw a larger addition of households than housing units. Even between 2008 and 2009, 3,304 more housing units were added than new households.

So it would seem that rather than working through our local housing oversupply, we’re still adding to it.