“If you were in any mall in Washington state in December, you got the feeling that the economy is headed in the right direction,” said OB Jacobi, president of Windermere Real Estate Company and a member of the board of directors of Northwest Multiple Listing Service. “That increase in consumer confidence is the boost the real estate market needs,” he suggested.

“Despite the expiration of the tax credit, King County saw about 3 percent more home sales in 2010 than in 2009,” Jacobi noted.

You mean the tax credit that was in effect for half of 2010, and basically half of 2009? Wow, what an accomplishment.

Anyway, let’s have a look at the actual numbers. 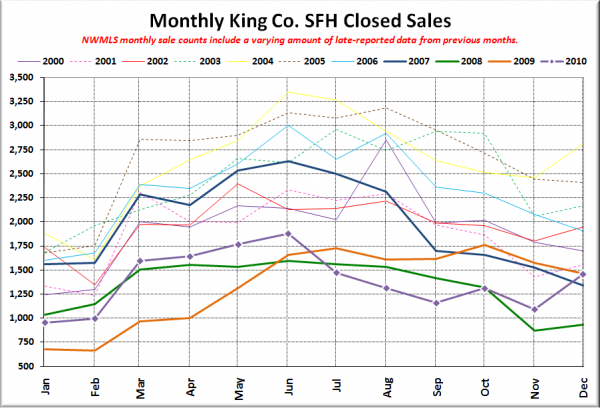 There’s definitely something fishy going on with the closed sales number being reported here. The 33.5% increase between November and December is over twice as large as the next-largest increase between those months in any year since 2000. The average November to December change in closed sales has been +1.0% between 2000 and 2009. The highest change was +14.3% in 2004. Does anyone have a reasonable explanation for why we would see a sudden surge in sales like this?

It’s especially hard to believe that something fishy isn’t going on when the 33% MOM surge in closed sales doesn’t follow any similar movement in pending sales. Closed sales surged to their highest point since July (the month after the tax credit expired), while pending sales were flat for the five months following the credit expiration, followed by a predictable seasonal dropoff the last two months. 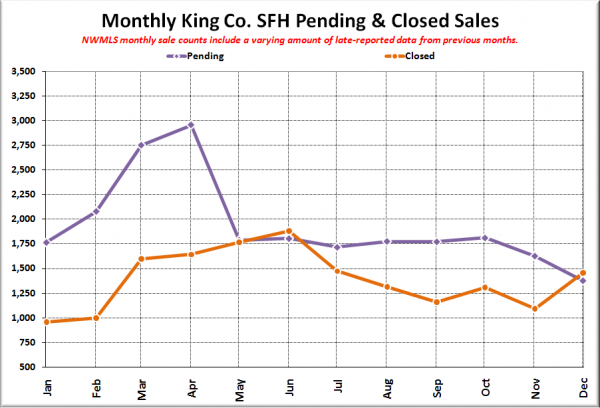 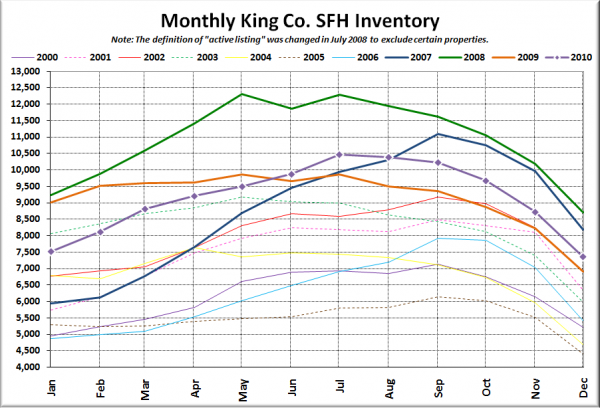 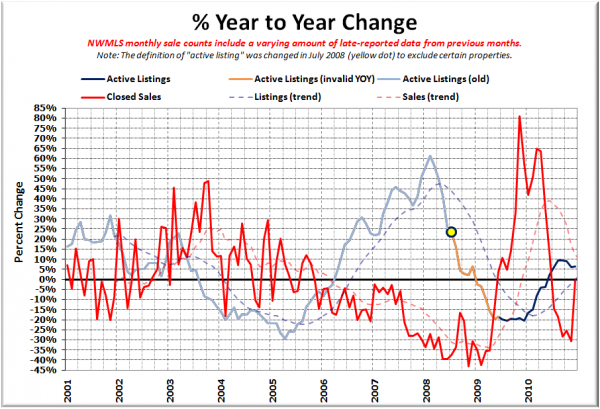 Note the sudden dramatic spike upward in the red line. 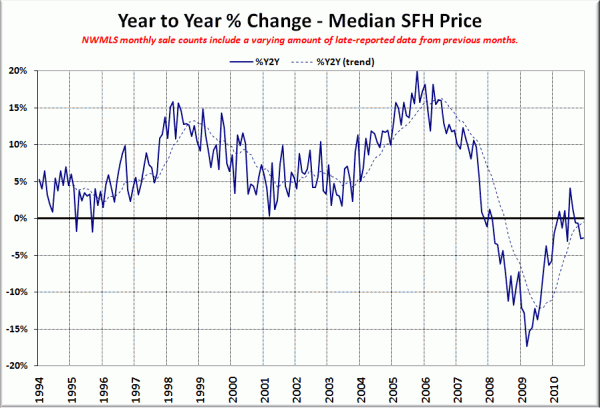 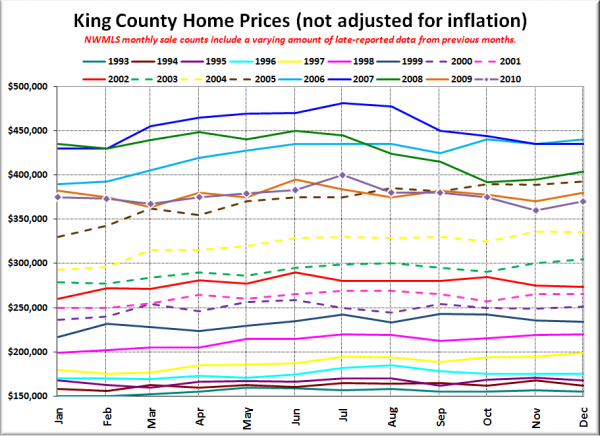 Here’s where news blurbs from other sources go: