First up is the straight graph of the index from January 2000 through December 2010. 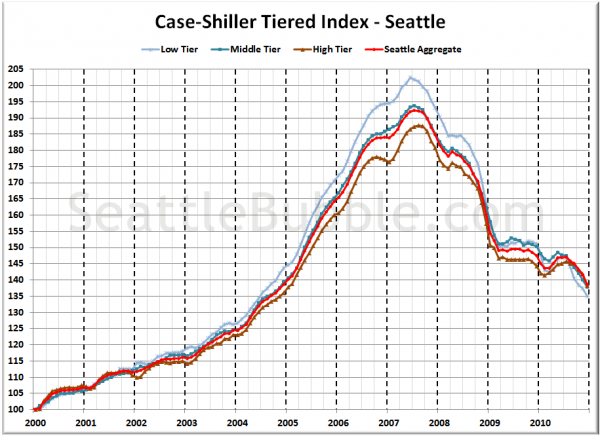 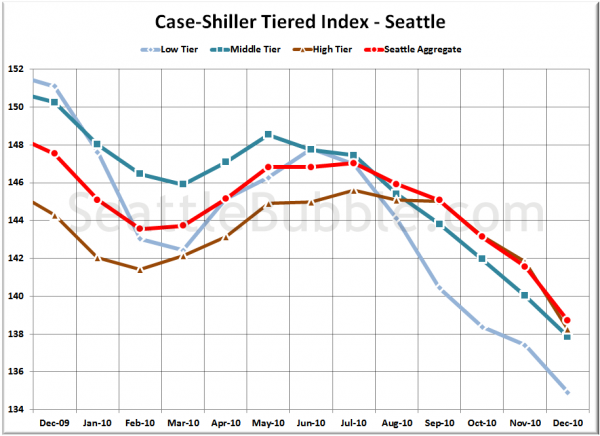 All three tiers are now posting new post-peak lows. The low tier has “rewound” to June 2004, the middle tier is back to November 2004, and the high tier is at January 2005 pricing.

Here’s a chart of the year-over-year change in the index from January 2003 through December 2010. 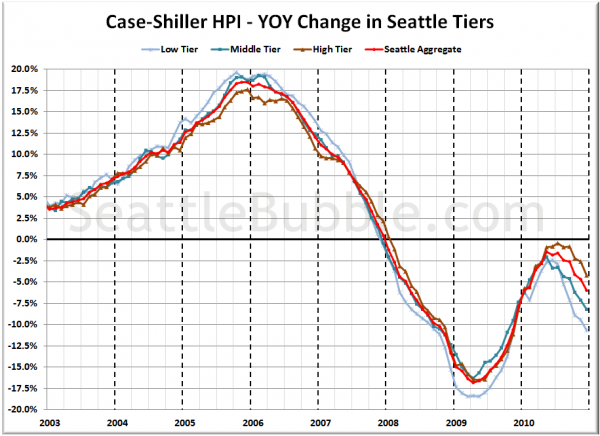 All three tiers continued to increase their rate of decline in December. The spread between the three is increasing in recent months, which is somewhat interesting. The low tier passed into double-digit losses in December. 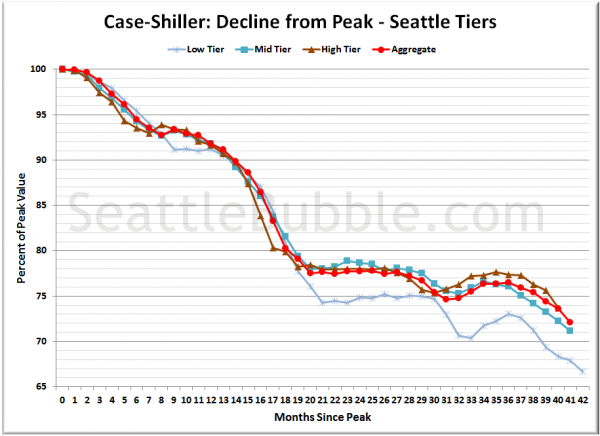