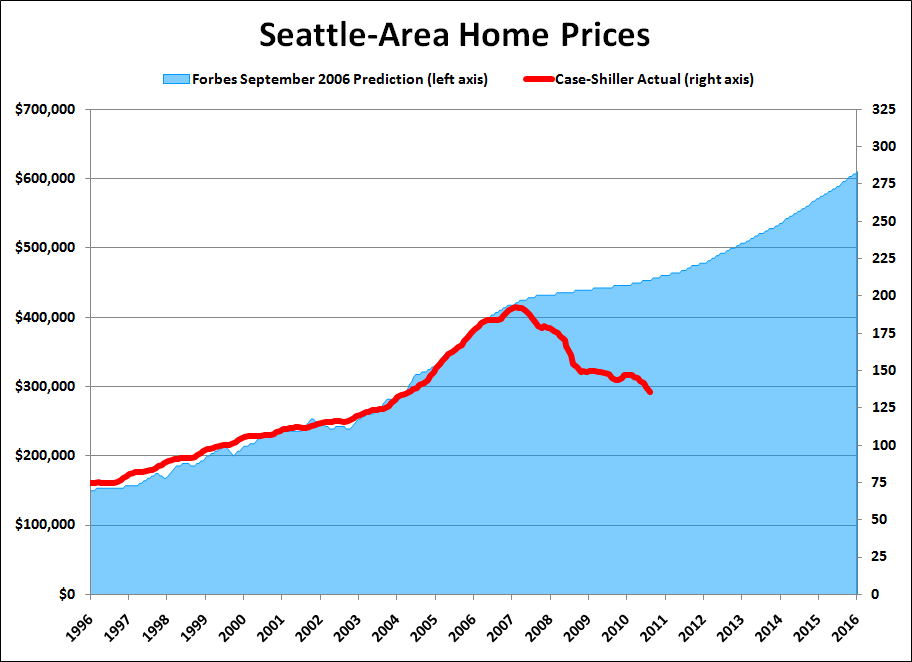 Today’s flashback comes from September 2006, when Forbes tackled the question: How Low Will Real Estate Go?

Get used to it—the seller’s market is closing up shop. The days of fat, fast home value increases are gone. Pack away those flipping fantasies.

“The boom is definitely over, there’s no debate about that,” said Mark Zandi, chief economist of West Chester, Pa.-based research firm Moody’s Economy.com. “Now the question is more how hard is it going to land, if it lands at all.”
…
But that’s just today’s pain. What about six months from now? A year? Five years?
…
To get a sense of how home prices will perform in various parts of the U.S., we turned to Moody’s Economy.com for historic and predicted median home prices in 15 major metropolitan areas. We looked back ten years and forward another ten.

Here’s their prediction for Seattle home prices through 2016, with the actual performance of Seattle-area home prices as measured by the Case-Shiller home price index overlaid on their forecast in red. 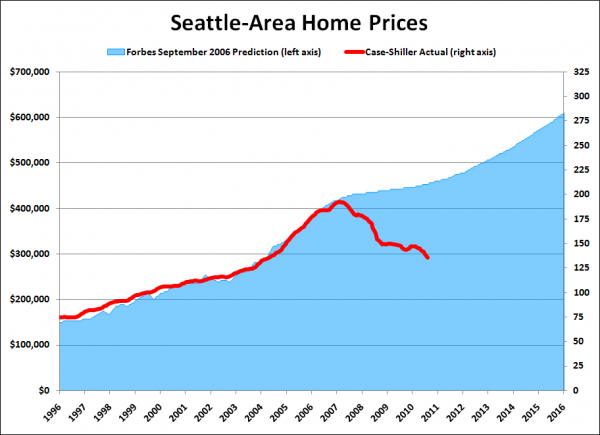 Here’s what I had to say about their forecasts at the time:

But that’s just my ignorant, non-economist opinion. I don’t have any intricate formulas to back it up.

Here’s what one local real estate agent had to say about the forecast at the time:

When I went to the underlying article, I had to say to myself, why would we be second guessing Forbes and Moody’s? Surely they have the data to deliver the most reliable results.

Yes, why would we be second guessing them? Why indeed. And don’t call me Shirley.