A number of people have expressed interest in hearing more about our process in successfully closing on a short sale. So, let’s just dive right in.

In general we had been avoiding short sales like the plague, since we wanted to actually buy a home, not sit in a perpetual pending state for months waiting to hear back from some paper-pusher in a bank office across the country. In the poll I posted shortly after we went under contract (pending), the vast majority (86%) of voters thought that trying to buy a short sale either a giant waste of time or a total crapshoot. That’s pretty much where I was coming from as well.

However, when this home came on the market on March 14th right in the middle of the neighborhood where we had been focusing our search, at a price well below our maximum comfort level, we figured we should at least go check it out. When we looked at the house on March 18th, we all had the same reaction: “Wow, this is way nicer than anything else we have looked at anywhere near this price range around here.”

So, we decided to go ahead and make an offer. Since the home was so much nicer than the price would suggest, we decided to make a full-price offer, with three conditions: 1) The seller could not entertain “back up” offers. 2) The seller would finish installing the second egress window in the basement that he had started. 3) The sellers’ bank would contribute $3,000 toward our closing costs. The sellers were anxious to sell ASAP, and since they could tell that we were serious, they accepted all of our conditions the same day we submitted our offer (March 19th). In total the home was active on the market for just five days.

There were a few factors that made this particular short sale more likely to be successful than your average short sale. One major factor was the fact that although the sellers had an 80/20 mortgage, both of the loans were still held by the same bank. This is huge. I would venture to guess that a majority of short sales that fail are due to the “junior lienholder” (i.e. the bank that holds the 20% loan) rejecting the deal. Fortunately that was not a factor in our transaction at all.

Another big plus was the proactive nature of the listing agent. This was her third successful short sale, so she clearly knew what she was doing. Before the sellers even placed the home on the market, she had them contact the bank that held their mortgage (Ocwen) to get the bank’s “short sale packet” with all of the forms that the sellers would have to fill out to get the process going with the bank. Also, before she submitted our offer to the bank she made sure that she had everything that they were going to want (e.g. Preliminary Title Commitment, signed Form 17, etc.) so that back-and-forth with the bank could be minimized.

[Edit]
As our lawyer and agent Marc points out in the comments, I forgot to mention another major factor that no doubt helped things move so smoothly. The sellers were eligible for the Home Affordable Foreclosure Alternatives (HAFA) program. HAFA sets time limits on the servicer to process the short sale application and in this case they met those time limits.
[End of Edit] 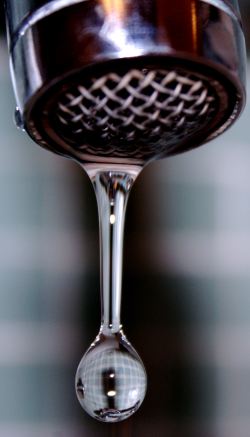 On March 23rd the listing agent submitted the offer packet to the sellers’ bank, and the waiting game began. To our surprise, we got a response back from the bank just over a week later. On March 31st, the bank responded that wanted to adjust the various deductions from the sale price (closing costs, commissions, etc.) such that the total being paid out of the sale price to various entities was no more than 8%. We made a couple of minor adjustments to the agents’ commissions, sent it back to the bank the same day, and began another wait.

The sellers’ bank asked for a closing no later than May 21st (a Saturday), which we gladly agreed to. Now that we had the bank’s short sale approval in-hand, we kicked off our financing, inspection, and other closing tasks, the details of which I’ll save for another post.

Got any questions about the process? Drop a line in the comments and I’ll do my best to answer them!