Let’s have a look at the latest data from the Case-Shiller Home Price Index. According to January data, Seattle-area home prices were:

Last year prices fell 2.4% from December to January and year-over-year prices were down 6.7%.

Continuing toward zero change in both year-over-year and month over month. At this rate I would not be surprised to see us hit zero year-over-year by April, a level we didn’t even acheive when the tax credit was in full force.

Joining Detroit in the year-over-year increase camp: Phoenix and Denver. In January, Phoenix, Miami, and Washington DC all saw month-to-month increases, while everyone else fell. 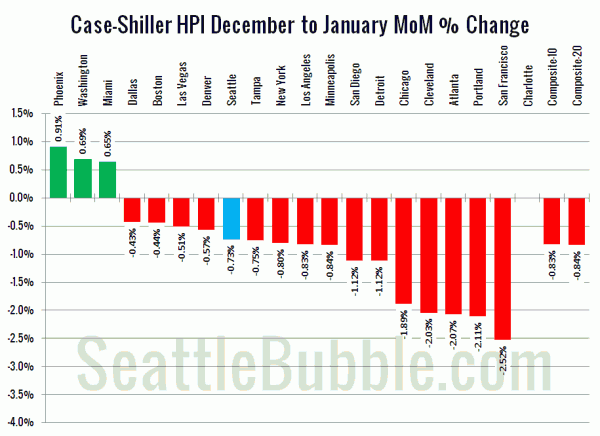 Seattle moved up to near the top of the pile in month-over-month losses, while San Francisco shot to the bottom. Case-Shiller did not release data this month for Charlotte.

In January, eleven of the twenty Case-Shiller-tracked cities experienced smaller year-over-year drops (or saw increases) than Seattle (versus sixteen in December):

Here’s the interactive chart of the raw HPI for all twenty cities through January. 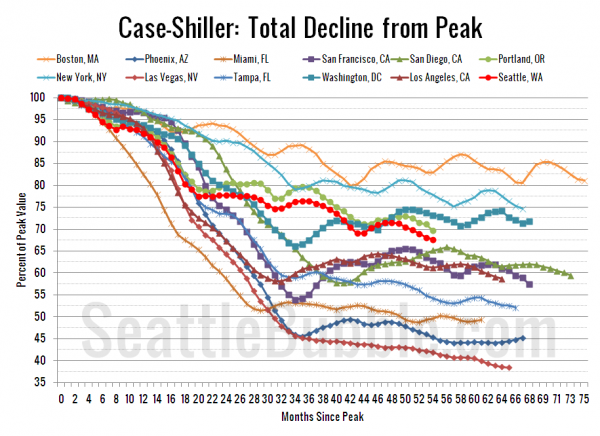 In the fifty-four months since the price peak in Seattle prices have declined 32.4%, another new post-peak low.

Lastly, let’s see just how far back Seattle’s home prices have “rewound.” So far: May 2004. 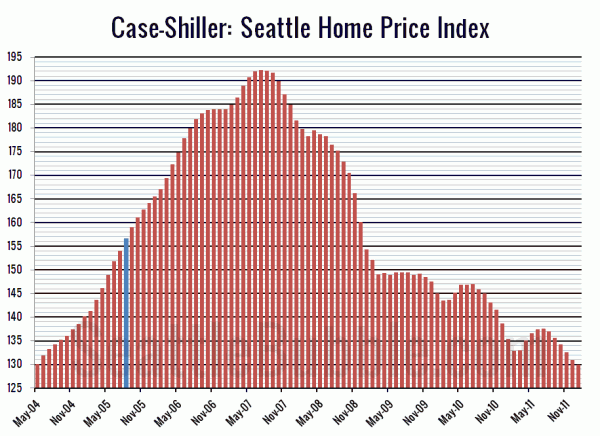