First up is the straight graph of the index from January 2000 through December 2011. 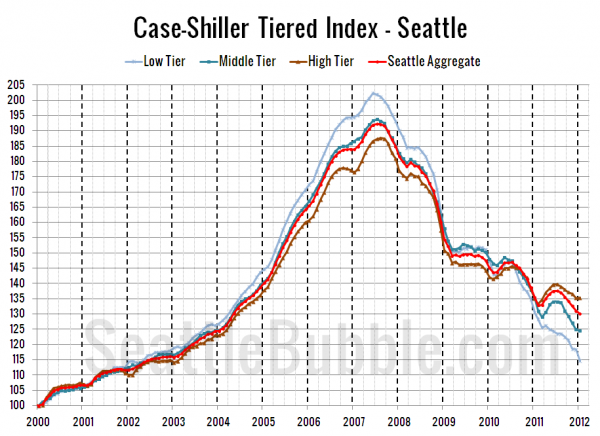 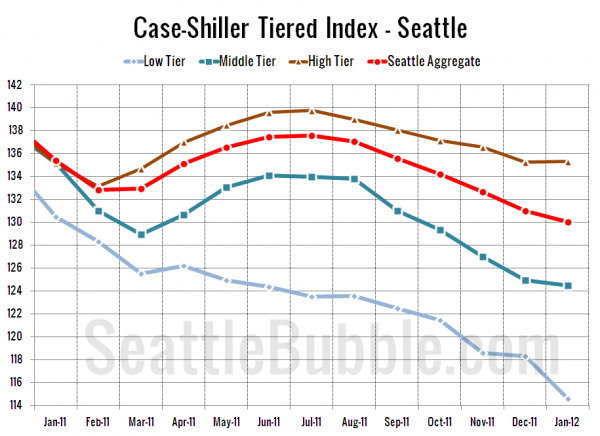 The high tier inched out a slight month to month gain between December and January—an impressive feat given that this data is still from the middle of winter. The low tier fell 3.1% MOM, the middle tier dropped 0.3%, and the high tier gained less than 0.1%.

Here’s a chart of the year-over-year change in the index from January 2003 through January 2012. 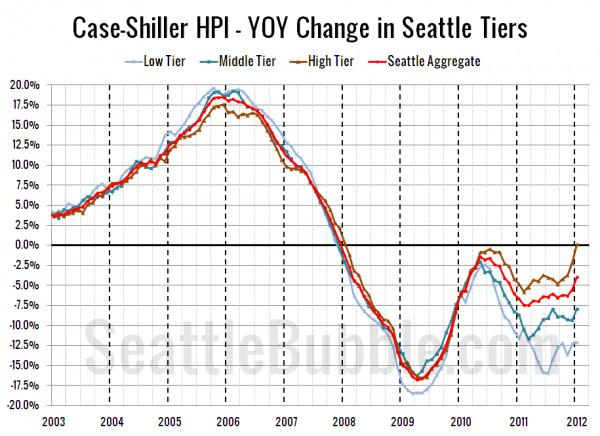 For the first time since January 2008, one of the tiers marked a year-over-year increase. Obviously the middle and low tiers are quite a ways behind, but their second derivatives are both positive as well, and at this point it looks like they could both be in the black before the end of the year. Here’s where the tiers sit YOY as of January – Low: -12.1%, Med: -7.9%, Hi: +0.1%. 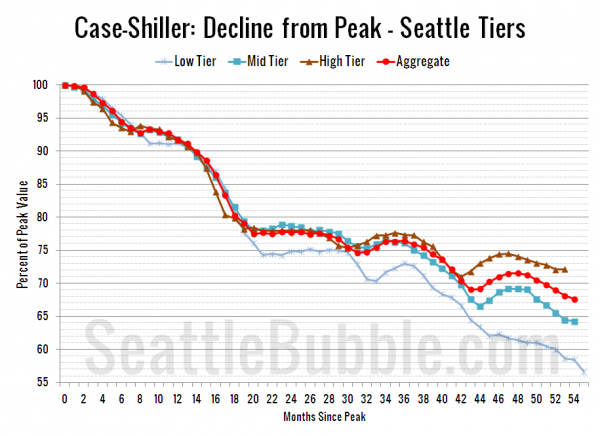