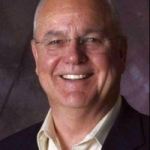 Here’a a great gem that was posted on Rain City Guide in April 2006 by Chuck Reiling: Are We Brewing A Bubble In Seattle?

Probably the most frequent single question I get as a realtor from my friends and clients and contacts is “Are we in a real estate bubble?”

…there are two kinds of residential real estate bubbles. One appears to be driven by investors speculating on a continuing rapid rise in prices, and buying multiple properties to (hopefully) rent, and then flip in a year or so. Examples are the Florida coast and Las Vegas . Builders build because buyers will buy, both as fast as they can until the buyers finally get too stretched, or the prices get too high, or both. Then it crashes. That has happened lots of times, and we’ve all heard the stories. Let’s call that a Type I bubble.

The second kind of bubble, let’s call it Type II, seems to occur when there is a limited supply of homes relative to demand, and people start bidding up the prices, i.e. being willing to pay more, in order to get the home they want in the place they want. Jobs and commute times and schools seem to be the big drivers in this. These forces are at work in San Francisco and Los Angeles and San Diego, and they are at work here. In our greater Seattle and east side area, we are blessed with a very strong economy, and continue to enjoy relatively low mortgage interest rates. But we have very restrictive state and local growth management laws and land use ordinances, and building is not keeping up with demand.

The great thing about being a salesperson is that you can just make stuff up and write statements like “building is not keeping up with demand” as if it is a fact even when readily available data proves exactly the opposite of what you’re saying.

So what should we expect now? First, prices will probably go quite a bit higher. The competition for good houses is intense, and the good economy is feeding good incomes – people are willing to stretch to get the home they want. Second, this ‘bubble’ will probably not burst. Type I speculative bubbles do seem to burst, and they make great news stories. Type II demand-driven bubbles don’t seem to burst, they just seem to pause while the world catches up. Ours doesn’t seem ready to pause yet.

I had been researching and writing about real estate for less than a year when this was posted, but I already knew enough to call out Chuck’s screed as total nonsense:

…it still amazes me that some people really truly believe that Seattle’s current prices are actually justified and sustainable in the long term. The claim that “prices will probably go quite a bit higher” was especially flabbergasting to me. Even with the suicidal financing options out there right now, people are still stretching themselves to the max to afford current prices. What could possibly drive them “quite a bit higher”?

Interestingly, Chuck’s original post has been mostly erased from Rain City Guide (the link above is to a cached copy on the Internet Archive Wayback Machine). It also seems that Chuck has fled Seattle for the greener pastures of Medford, Oregon, gotten out of the real estate sales business, and now spends his time doing marketing consulting.