Let’s have a look at the latest data from the Case-Shiller Home Price Index. According to May data, Seattle-area home prices were:

Last year prices rose 1.1% from April to May and year-over-year prices were down 7.0%.

I’ll be the first to point out that I was wrong. Back in March when January’s data came out (and prices were still hitting new lows), I said that “I would not be surprised to see us hit zero year-over-year by April.” I was off by one month. It took until May. Note that even when the tax credit was in play, Seattle’s Case-Shiller HPI did not manage to break into the black year-over-year.

In May every city gained. Seattle came in slightly above the average, but not in the top tier with Chicago, Atlanta, and San Francisco. 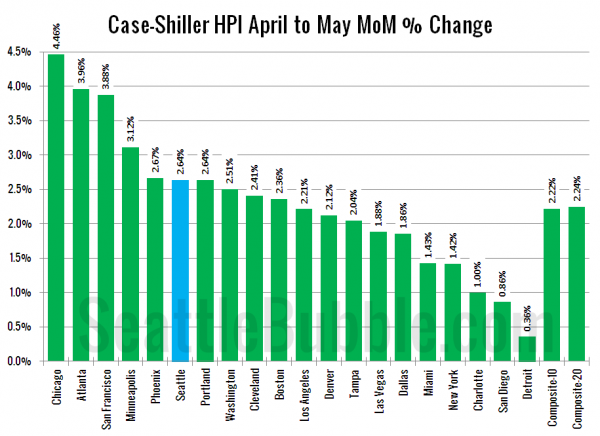 In May, ten of the twenty Case-Shiller-tracked cities gained more year-over-year than Seattle (versus eleven in April): 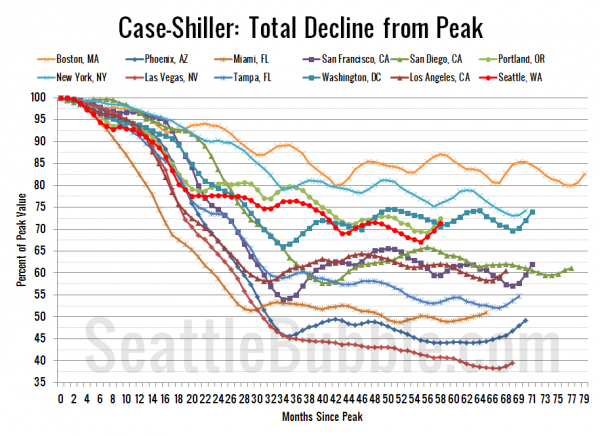 In the fifty-eight months since the price peak in Seattle prices have declined 28.6%.

Lastly, let’s see just how far back Seattle’s home prices have “rewound.” As of May: November 2004. 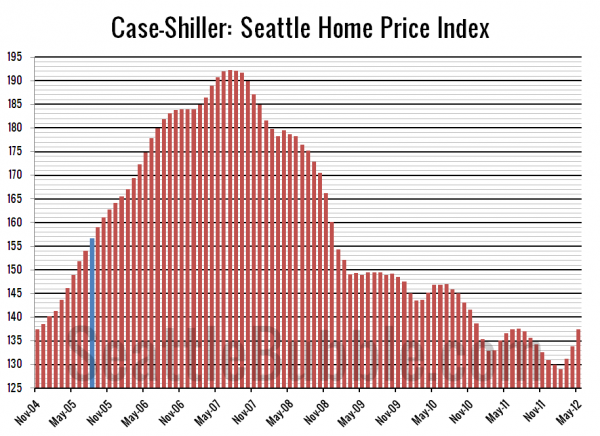