As some long-time readers will recall, Larry Cragun is a former Issaquah real estate agent who received a brief mention in a previous Friday Flashback for his characterization of bubble blogs as “the babbling and whining of children.” But he really deserves to have a Friday Flashback all to himself. So that’s what he gets today.

Larry gave us so many great nuggets back in the day… 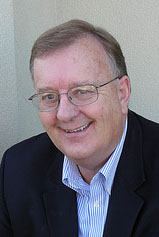 Larry has since quit real estate and moved to Salt Lake City, where he is “now serving a family history mission” for the Mormon church.

And nothing of value was lost.