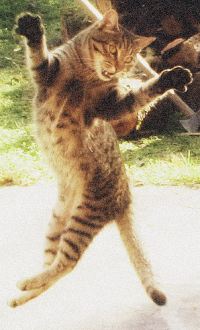 Last month’s housing inventory around western Washington fell to its lowest level since February 2006, according to statistics from Northwest Multiple Listing Service.
…
The shortage of inventory is helping propel prices. J. Lennox Scott, chairman and CEO of John L. Scott Real Estate, commented on the correlation of sharply reduced inventory and rising prices. “The rise in prices is derived from seasonally strong sales activity in a shortage of inventory market,” he remarked.

That comment makes no sense. The median price is down $10,000 from its summer peak, so how could “seasonally strong sales activity” (whatever that even means) have anything to do with the current price trend?

Unfortunately that’s the most interesting bit in their release. It seems that even the home salespeople that run the show over there are having a hard time coming up with anything new to say about this boring market.

October’s 16 percent rise in the median single-family sale price in King County was the biggest year-over-year jump since July 2006.

But that increase is somewhat misleading.

Another factor in the big year-over-year increase: The mix of houses selling has changed.

In October 2011, bank-repossessed houses, which are generally priced lower, made up 21 percent of all sales in King County, according to Redfin. Last month, that figure was just 7 percent.

As usual, Eric hits the nail on the head. It is such a refreshing change from the bubble years to have a competent, coherant real estate reporter at the Seattle Times who doesn’t just regurgitate the breathless sales spin from the MLS and local agents.

King County house prices registered their biggest gain in more than six years in October, according to a new report.

The median price of a house that sold in October was $370,000, up 15.6 percent from a year earlier, the Northwest Multiple Listing Service reported Monday. That’s the biggest year-to-year jump since July 2006, although the median price is still down 23 percent from its peak in July 2007.
…
“Wow. Things are certainly going very very well for the county,” said Glenn Crellin, associate director of the Runstad Center for Real Estate Studies at the University of Washington.

That said, the big boost to the median sales price is “probably an overstatement of what would be viewed as ‘appreciation,'” Crellin said.

One reason for this is that sales of homes in or under threat of foreclosure are down from last year, as a share of all homes, Crellin said. Such homes typically sell at a discount. Meanwhile, sales of higher-end homes in better condition and locations are picking up, he said.

Snohomish County’s housing market mirrored the rest of Western Washington in October, with listings at their lowest level since February 2006 driving year-over-year sales prices up by double digits for the first time since March 2007.

Single family home prices showed a significant rebound in Pierce, King and Thurston counties last month as the supply of homes on the market continued to shrink.

Same story in the News Tribune. Just a handful of numbers with no real insights.

Single-family home prices showed a significant rebound in year-over-year comparisons in Pierce, King and Thurston counties last month as the supply of homes on the market continued to shrink.

Wait a minute… this is the same article that was in the News Tribune. I guess Olympia is basically the same as Tacoma. Or something.