Are you a Seattle-area renter who feels like rents have been going up too quickly the last couple of years? There’s a great article by Eric Pryne this morning in the Seattle Times that you should read: Ballard’s apartment boom comes with risks

Seattle’s apartment boom extends far beyond Ballard. Nearly 8,400 units are under construction in the city now — the largest number in at least 20 years, according to Dupre + Scott.

Developers are building them because demand has risen, led by a demographic surge of young adults who prefer in-city living, at a time when there’s little new supply.

Few projects were built during the recession. The last new complex in Ballard opened more than two years ago. 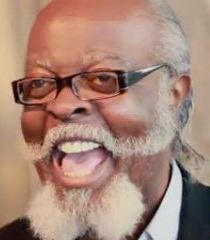 But analysts such as Cain and Dupre + Scott’s Mike Scott forecast that, in a year or so, all the new construction will start to tip the balance between demand and supply.

And the turnaround could be most dramatic in neighborhoods like Ballard where developers have been most active.

“That submarket is getting an awful lot of product in a very short time,” says Scott. “It’s bound to have an impact.”

“It … could be a disaster,” Cain, whose clients are mostly landlords, wrote of Ballard nearly a year ago.

“Except, of course, for the tenants.”

It’s definitely worth reading the whole thing. It definitely sounds like the apartment rental market is going to get a lot more competitive (in renters’ favor) soon.