Here’s something I’m thankful for: That nonsense like this drivel written seven years ago by former Seattle Times real estate “reporter” Elizabeth Rhodes turned out to be totally false. 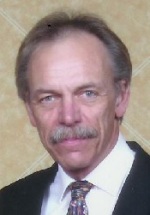 This past year’s broad-based price increase is one of the largest the U.S. has seen since at least 1970, economist Stanley Duobinis told a recent gathering of John L. Scott Real Estate agents and local homebuilders.

Is that a signal that home values are at risk?

“It really depends on where you live,” said Duobinis, president of Maryland-based Crystal Ball Economics. “Not since after World War II have house prices declined nationally, although I can give you instances of local downturns.”

Rather, the Seattle area has several indicators that housing demand will continue strong, Duobinis said.

One is the lack of buildable land within the urban growth boundary.

Another is the strong job market, which attracts newcomers. Every 1.7 new jobs creates the need for another place to live, he said.

“Seattle is one area where you can start talking about restrictive growth — not just because of policy, but also because of geography,” Duobinis said. “You can’t create more land, and you’re having increasing numbers of people coming in.

“Is this a recipe for disaster? No. But you are going to get some pretty strong price increases in the future.”

There’s nothing like telling home salespeople what they want to hear in order to make a quick buck in speaking fees. The sad thing is that this guy appears to still be at it. Who would take someone like this seriously after they completely missed the biggest housing crash in history?