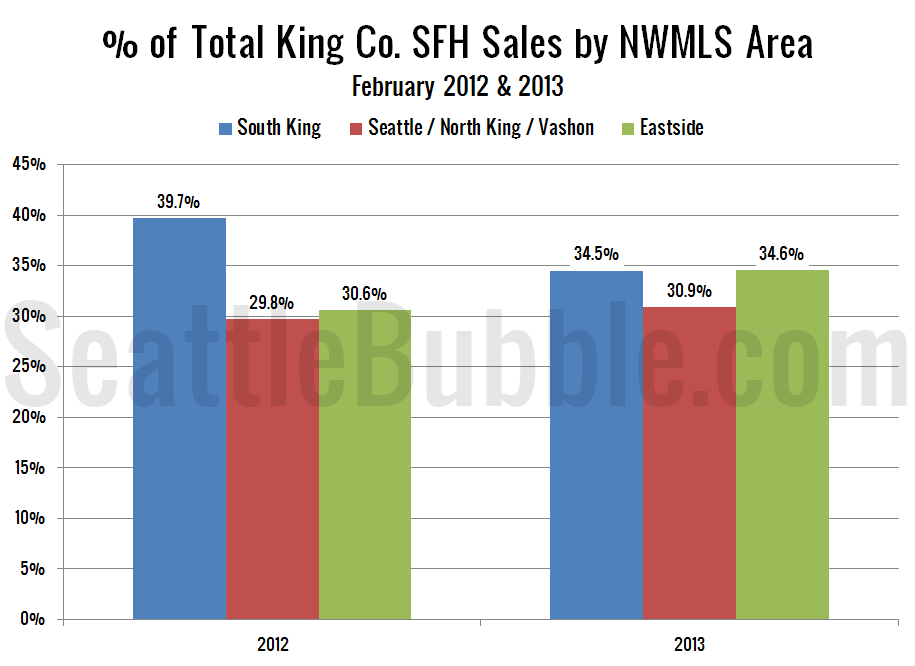 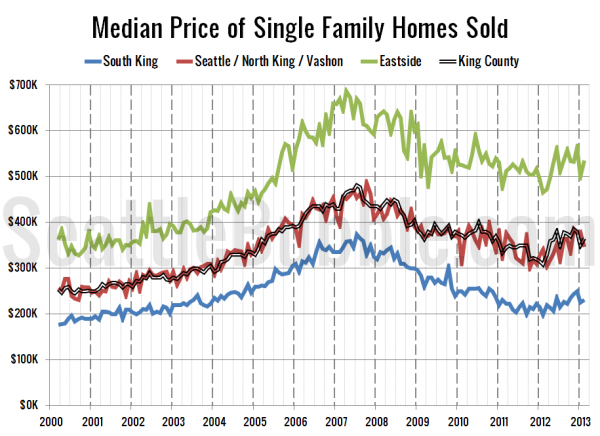 The low and high regions both had their median bump up a bit, while median in the mid-tier regions fell slightly. 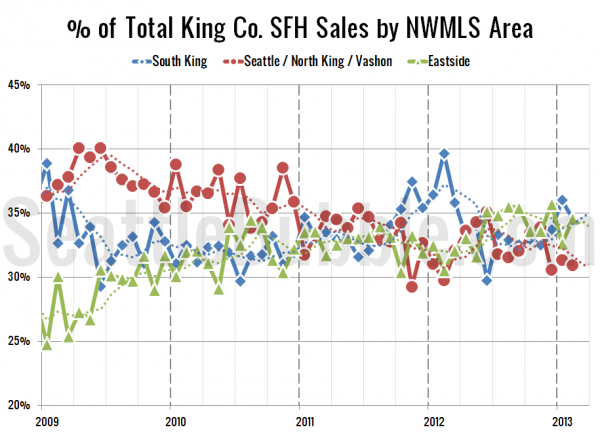 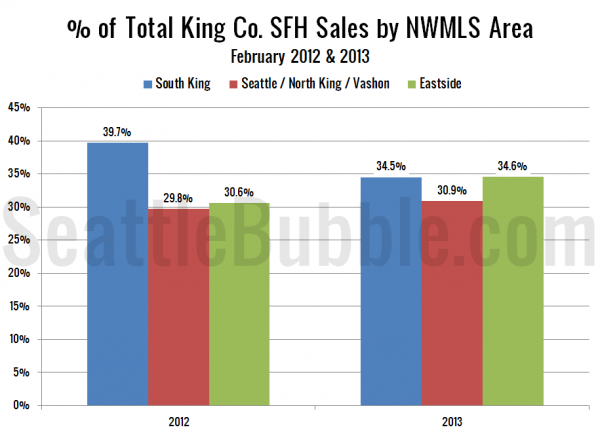 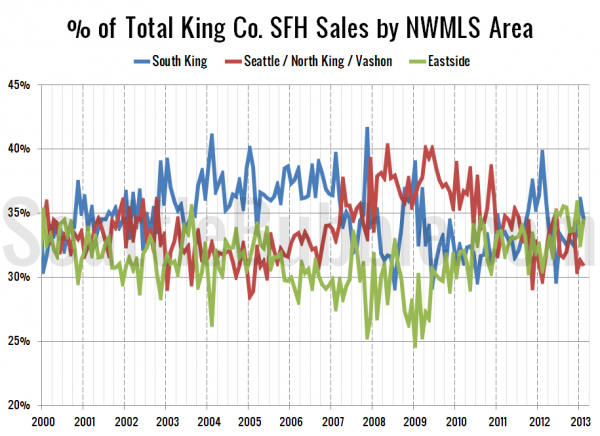 The big shift away from the low end regions and toward the high end regions explains a good amount of the 18.5% increase in the county-wide median price. No big surprise that the median would go way up when sales in cheap parts of the county fall off and sales in expensive regions shoot up.