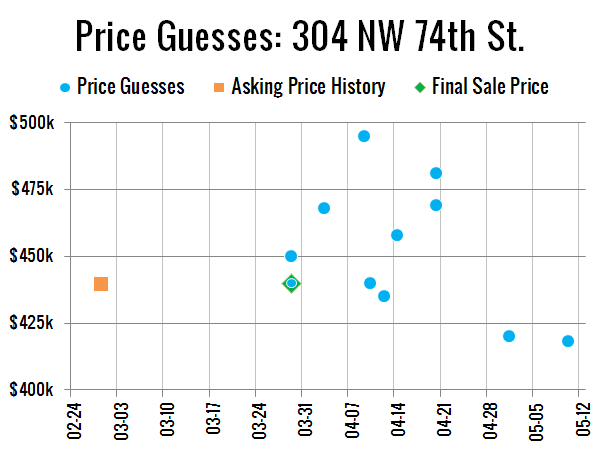 Just barely over a month ago we launched our latest price-guessing contest: Guess the Price Round 5: 101 Years Old in Phinney Ridge. After round 4 dragged on for seven months, I tried to pick a home that was likely to sell a little quicker. Of course, I didn’t expect it to go pending the same day I posted the contest. I thought they would at least leave it on the market through the weekend, to expose it to as many potential buyers as possible. 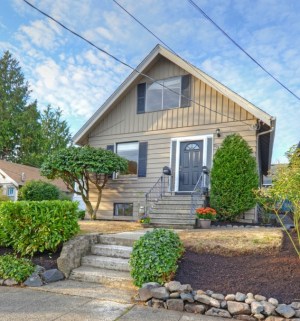 According to the NWMLS, the home sold on March 29 (just four weeks after listing), with a closing price of $440,000—which was exactly what was guessed by commenter Beau. Congratulations! I’ve contacted Beau and we’re making arrangements for his prize.

The final sale price came in dead on the original asking price, and pretty much right at what it last sold for in March 2006.

Here’s the difference between the average guess and the final sale price our contests so far:

Stay tuned in the next few weeks, when we’ll kick off another round of Guess the Price.