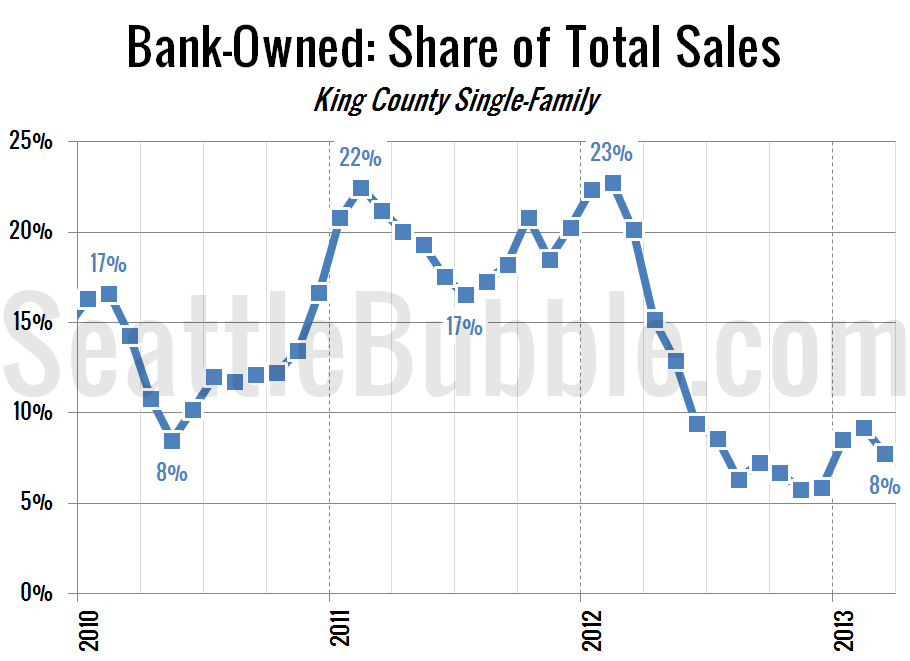 Let’s take another look at what share of the monthly sales are being distressed sales—bank-owned and short sales. In March 2012 20.1% of the sales of single-family homes in King County were bank-owned, just a few points below the highest level on record. In March 2013 that number was just 7.7%. 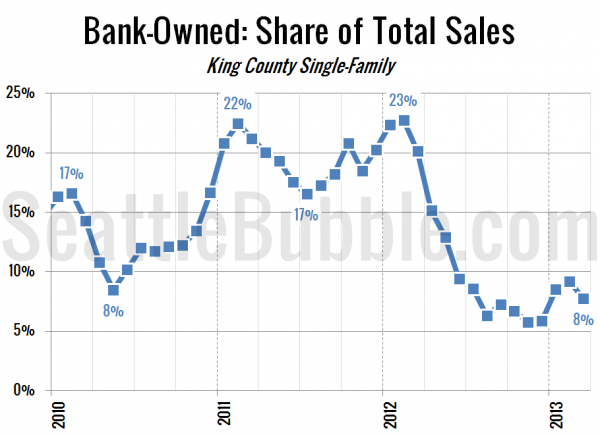 As predicted, after bumping up in January and February, the sales of bank owned-homes fell in March. 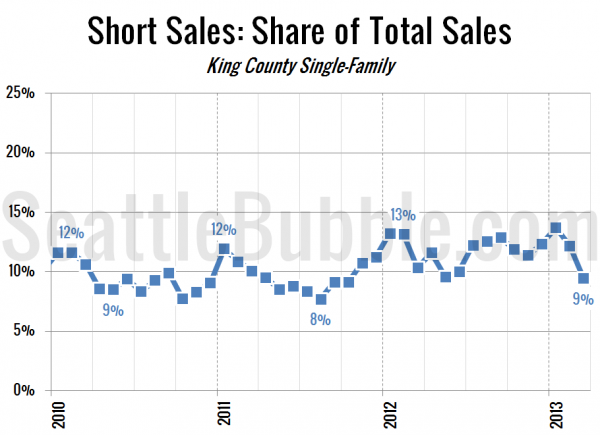 Next week we’ll take a look at how the median prices are moving for bank-owned homes, short sales, and non-distressed sales.