It’s been a couple of months since our last Friday Flashback. Here’s one from an April 2006 Seattle Times article written by our old friend Elizabeth Rhodes: $405,000 Median house price in King County

Ann Dickhoff’s house purchase typifies a milestone in more ways than one.

Like many other parents of adult children, Dickhoff was afraid her son would be priced out of homeownership in his hometown.

So last month she helped him buy a North Seattle rambler, gulping as she paid $409,000 — or $89,000 more than she shelled out a year earlier for a nicer house half a block away.
…
Dickhoff and her husband, Walton, an administrator for the National Oceanic and Atmospheric Administration, had to pay $320,000 last year to snag a small Greenwood-area bungalow for her mother. “That was our wake-up call,” she said, to climbing prices and the possibility that homeownership for her kids was in jeopardy.

Indeed that’s a serious possibility for many residents, according to Washington State University’s Center for Real Estate Research. Average-wage workers, in particular, are susceptible to the double whammy of rising house prices and rising interest rates.

In the past year, the average interest rate on a 30-year, fixed-rate loan has climbed half a percentage point to 6.5 percent.

Can you imagine how shrill the media frenzy would be if rates today were anywhere near 6.5 percent?

In January, Ann Dickhoff, a nurse at Swedish Medical Center, began hunting for a house to buy for son Paul, 21, a cheese maker at Pike Place Market, to live in with roommates. A real-estate agent warned her the first one she bid on would sell for more than its $400,000 list price.

That made clear to her that “the market was taking off, and if we were ever going to buy something for the kids to live in, we’d better make a move.”

They quickly did, landing for $409,000 a newly refurbished 1950s three-bedroom with a spacious new garage.

Still, if the market weren’t so hot, “we wouldn’t even have looked at it,” Dickhoff confided. The house is on busy Greenwood Avenue North, and the street noise is significant. Plus a newer townhouse development has consumed its entire backyard.

Good thing those buyers jumped in when they did, or they never would have had another chance! 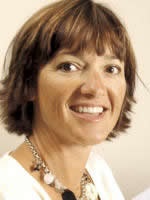 Ironically, as buyers like the Dickhoffs scramble to find a house, the number of King County home sales has been slipping. That usually indicates a cooling market.

That is the case in California and Florida, where sales are slowing down, according to the National Association of Realtors.

But not here, said Jill Jacobi Wood, owner of Windermere Real Estate.
…
King County’s median for single-family homes “will stay over $400,000,” she predicted. “There are too many good jobs; it’s too desirable a place to live for high-income people.”

Here’s what I had to say about this particular nonsense when it was originally posted: Perplexing March Reporting