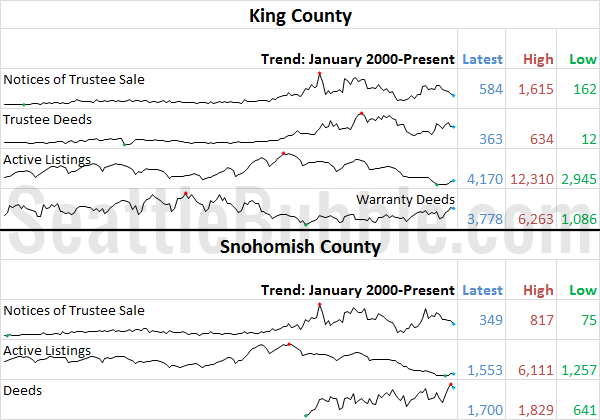 Now that the month of June is behind us, let’s have a look at our stats preview. Most of the charts below are based on broad county-wide data that is available through a simple search of King County and Snohomish County public records. If you have additional stats you’d like to see in the preview, drop a line in the comments and I’ll see what I can do. 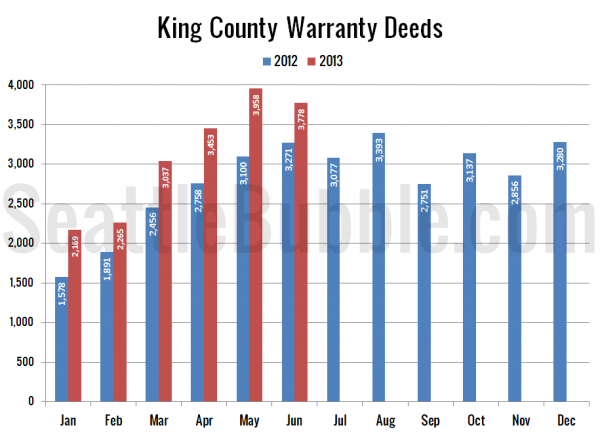 Sales in King County dropped 4.5% from May to June, and were up 15.5% year-over-year, the smallest gain in 15 months. Just as inventory begins to recover, it looks like sales may be moderating. 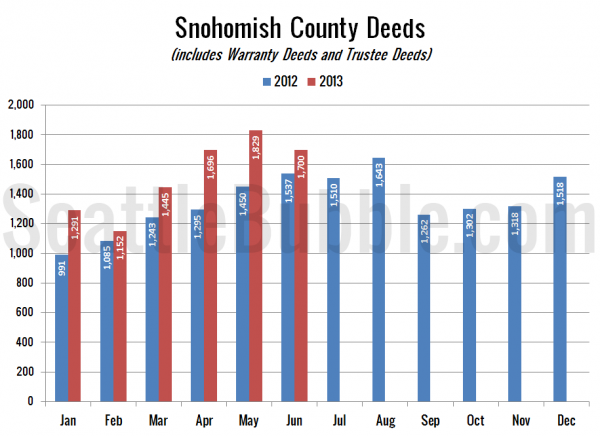 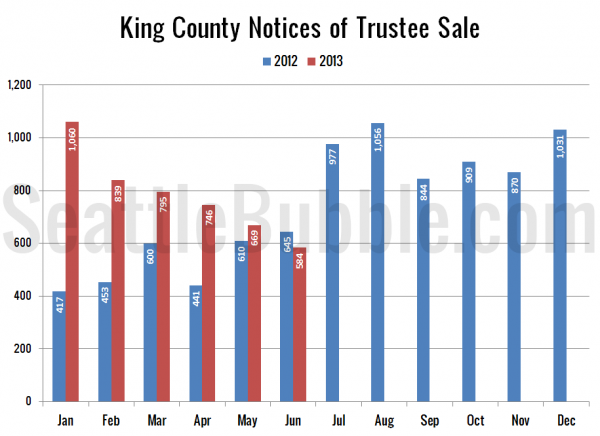 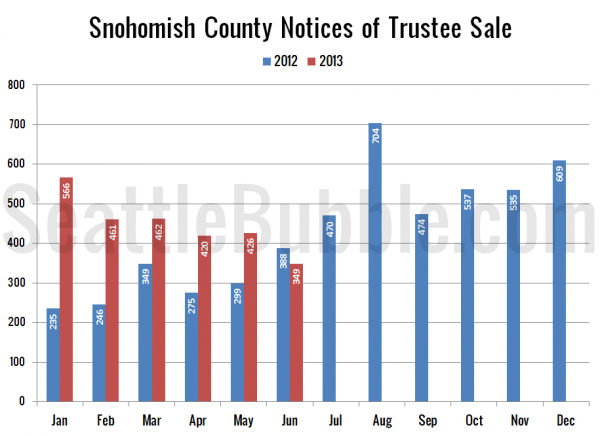 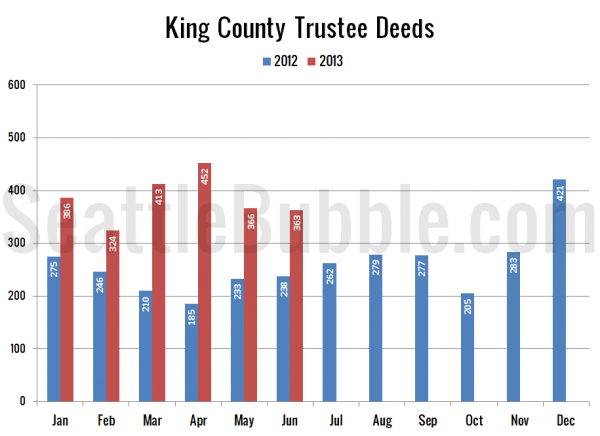 Trustee Deeds were basically flat from a year ago. Since Deeds are on a delay from Notices, I expect Deeds will fall to year-over-year negative by November or December. 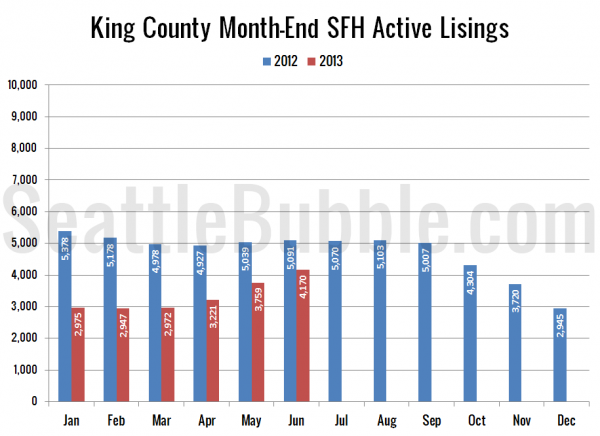 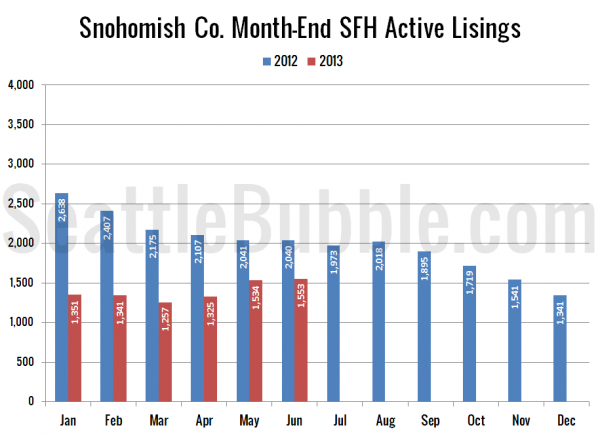 Three months of increases in a row. Last year King County inventory rose just 1.0% between May and June. This year it gained 10.9% over the same period. Snohomish County wasn’t as dramatic: last year listings were flat, this year they were up 1.2%. The year-over-year drop in King County inventory was at its smallest level in 2 years.