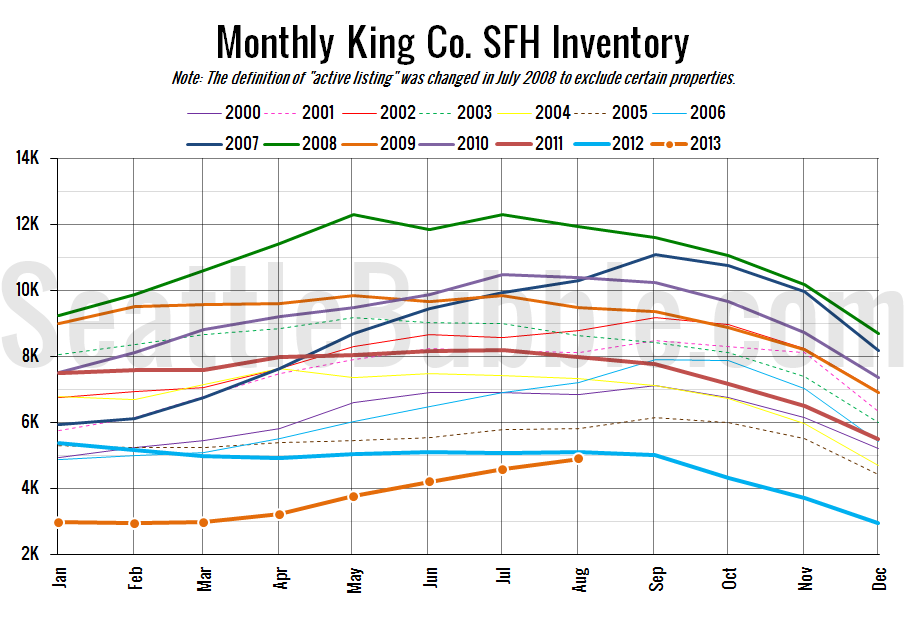 Although they have not yet published a press release to their website, August market stats are now available from the NWMLS. Once they post a press release I’ll update this post with a brief snippet. Until then, let’s just go straight to the stats.

Yet another uptick in inventory, while pending sales fell for the third month in a row. It looks like we’ll probably hit positive year-over-year inventory numbers for King County by next month, one month later than I predicted back in July. 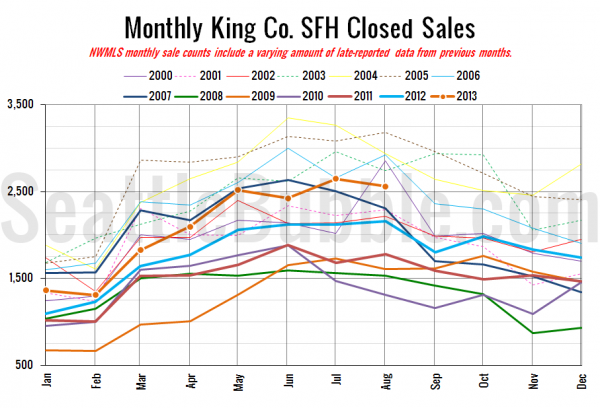 The July to August change is mixed, with some years up, some down. This year was down, but closed sales still came in at their second-highest level of the year. 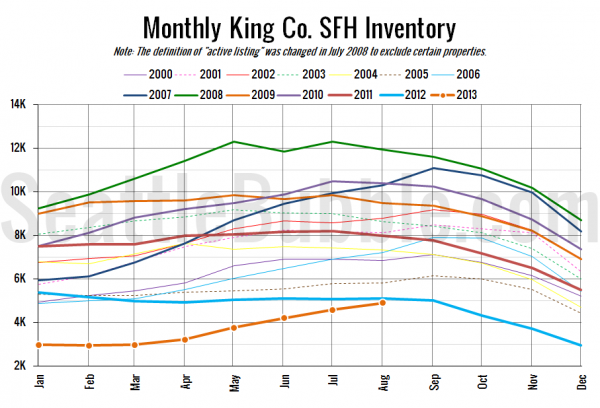 We didn’t quite make YOY positive this month, but it came close. I think we’ll probably see another decent increase in inventory over the next month, driving us back well into positive territory by the end of September. 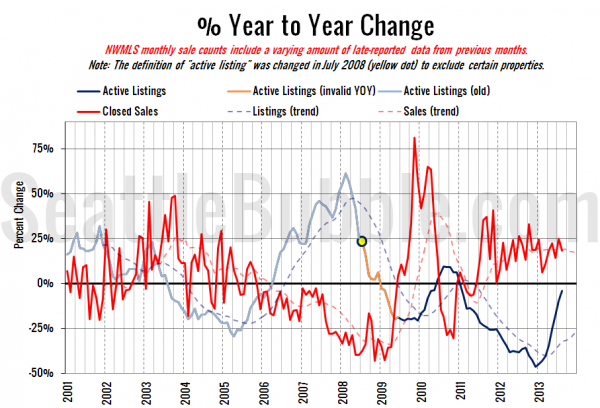 Both lines moved closer to zero in August, indicating a slight move toward a more balanced market. 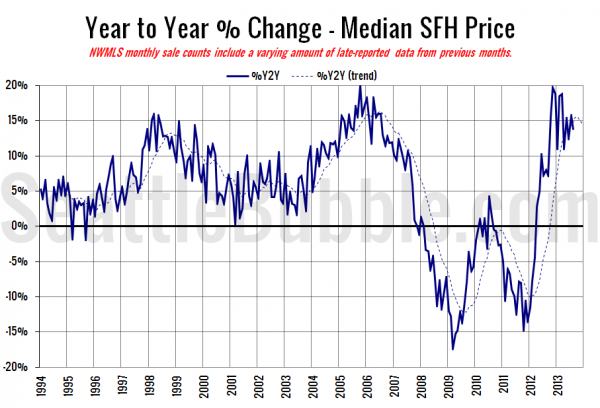 The median sale price actually fell in August, for the first time in seven months. The decrease was very slight though—just $4,000. 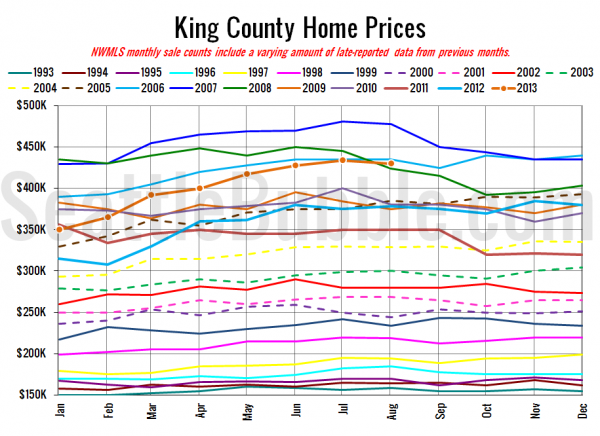 I haven’t seen any articles about the numbers yet at the Times and P-I, but I’ll update this post when they’re posted.

As usual, check back tomorrow for the full reporting roundup.

[Update]
Oddly the NWMLS site still hasn’t been updated with their press release, but the Times and P-I did post their stories: