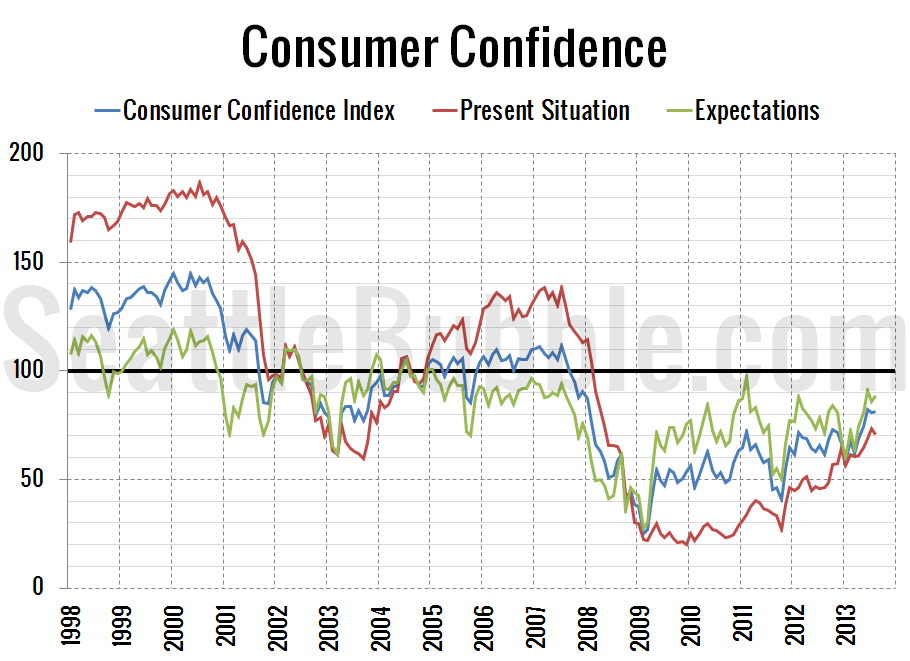 It’s time for another check in on Consumer Confidence. This time around I’m also going to throw in the latest home mortgage interest rate data, since the two are often somewhat related.

First up, here’s the Consumer Confidence data as of August: 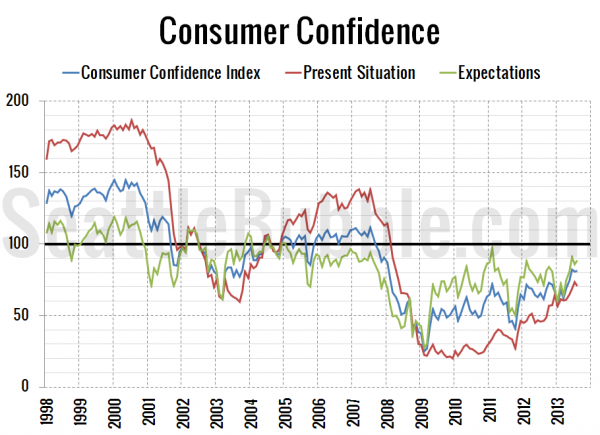 At 70.7, the Present Situation Index decreased 4% between July and August, but has gained 250% from its December 2009 low point. The Expectations Index rose slightly in August, gaining 3% from its July level.

Perhaps this slight dip is the result of increasing interest rates finally sinking in among the public. Here’s your chart of those rates: 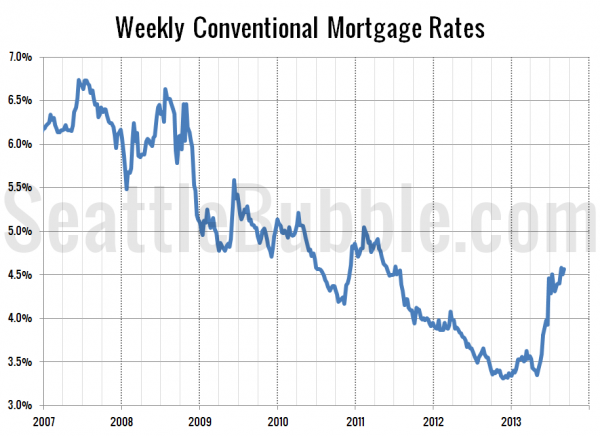 As of last week, the 30-year mortgage rate was up to 4.57%, where it has been hovering for about three weeks. To give you some context on that number, current interest rates are roughly on par with where they were in June 2011, and still nearly two points below the 6.41% average rate during the height of the housing bubble through 2006.