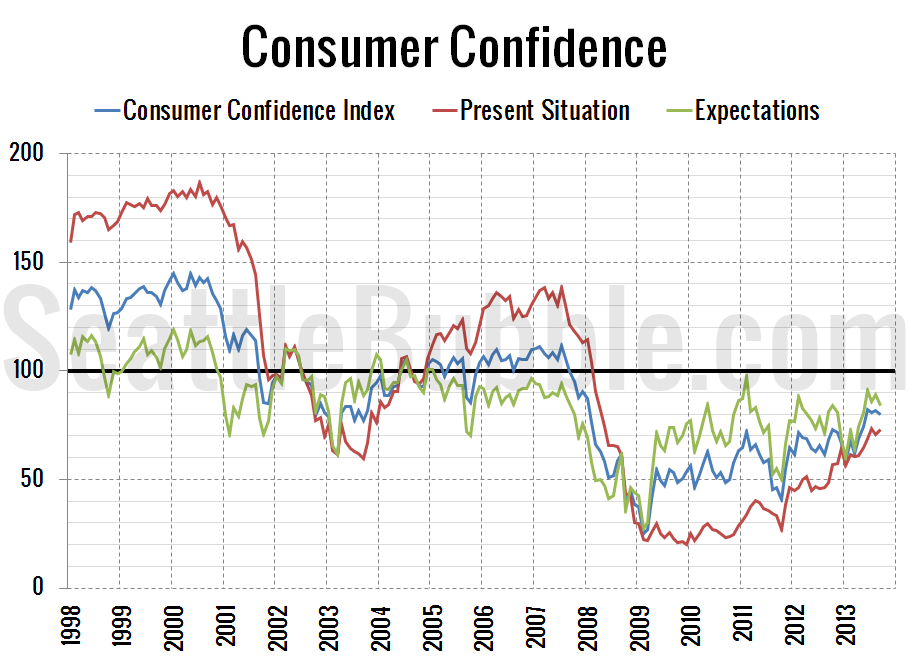 Let’s check in on how Consumer Confidence and mortgage interest rates fared during September.

First up, here’s the Consumer Confidence data as of September: 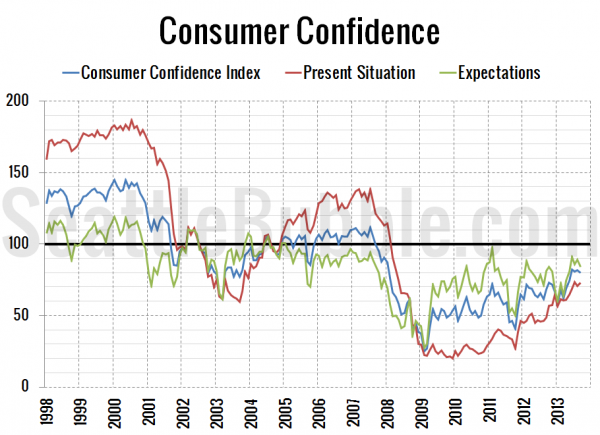 At 73.2, the Present Situation Index increased 3.2% between August and September, and is currently up 262% from its December 2009 low point. The Expectations Index fell slightly in August, losing 5.5% from its August level. 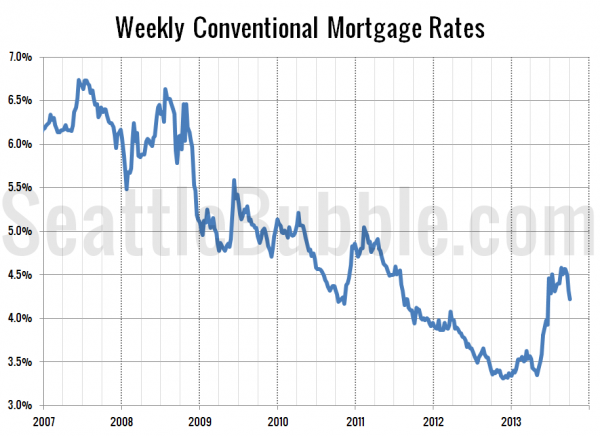 As of last week, the 30-year mortgage rate sat at 4.22%, down about a quarter point from where it sat between mid-August and mid-September. Current interest rates are roughly on par with where they were in September 2011, and still over two points below the 6.41% average rate during the height of the housing bubble through 2006.