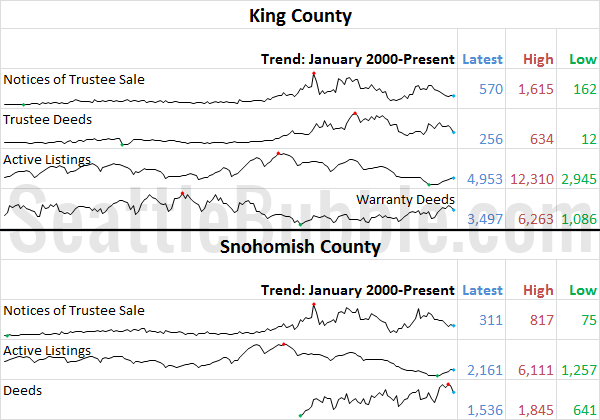 With the month of September now in the history books, let’s have a look at our stats preview. Most of the charts below are based on broad county-wide data that is available through a simple search of King County and Snohomish County public records. If you have additional stats you’d like to see in the preview, drop a line in the comments and I’ll see what I can do.

Summary: Inventory increased one more time this year for the sixth consecutive month, while sales took a seasonal dip. Foreclosure notices fell again, but aren’t quite at their lowest point of the year. 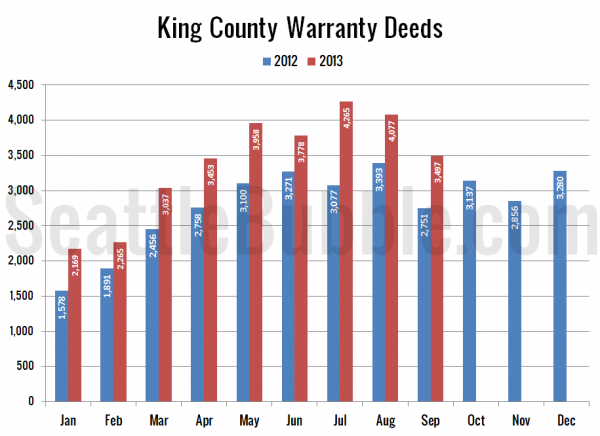 Sales in King County decreased 14.2% from August to September, and were up 27.1% year-over-year, roughly on par with the average year-over-year gains we’ve seen over most of the last year. 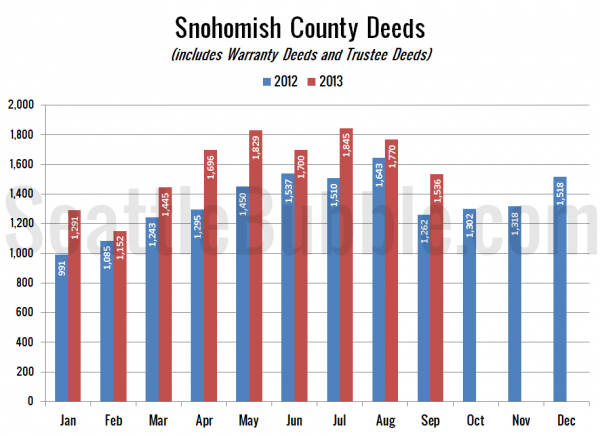 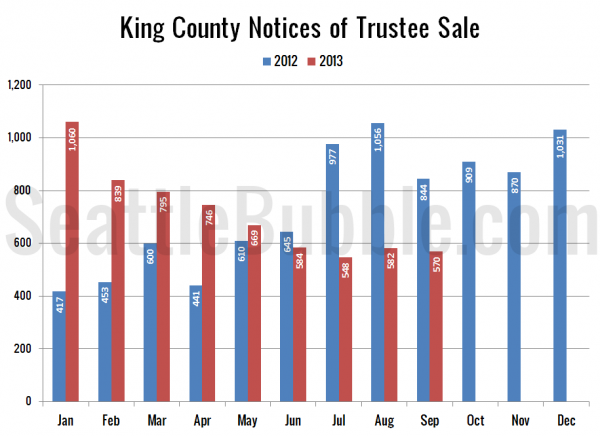 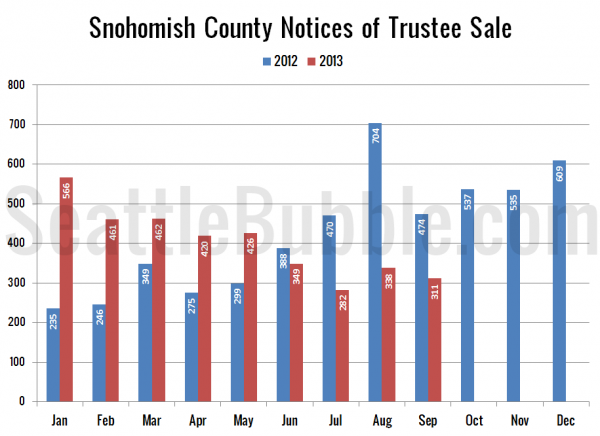 Foreclosures in King and Snohomish County both fell slightly between August and September, and were down over 30% from a year ago. King County came in 32.5% below last year’s level, while Snohomish was 34.4% under September 2012. 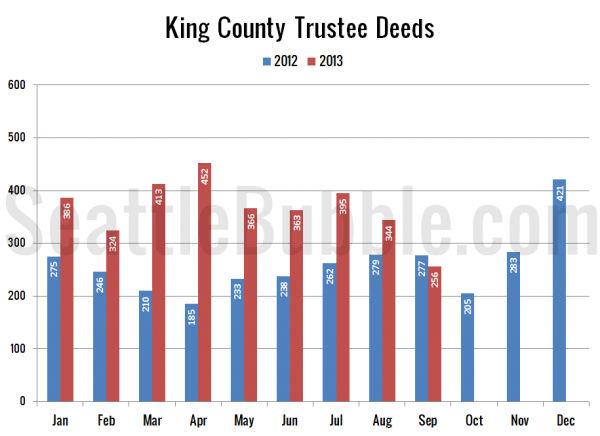 Trustee Deeds fell dramatically from a month ago, and were down year-over-year for the first time since November. 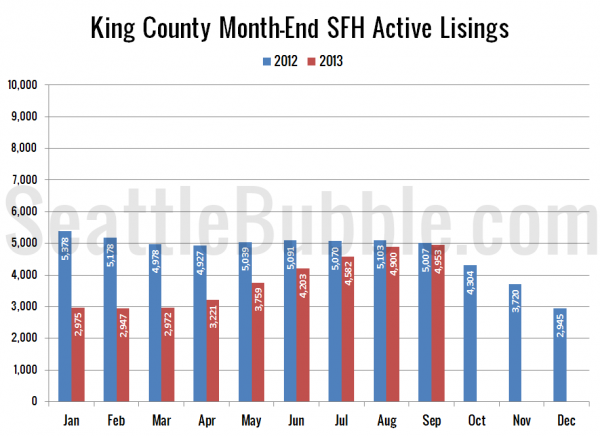 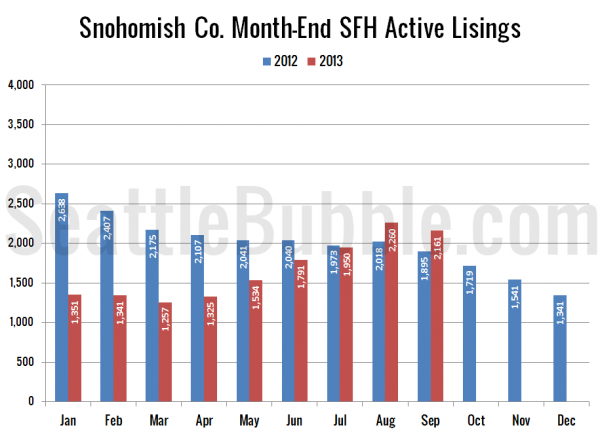 We are now at six months of increases in a row for King County. Snohomish County fell slightly month-over-month, but moved further into the black year-over-year. It looks like King County may have just barely fallen short of year-over-year gains. Last year King County inventory fell 1.9% between August and September. This year it gained 1.1% over the same period. In Snohomish County inventory fell 6.3% a year ago and fell 4.4% this year.