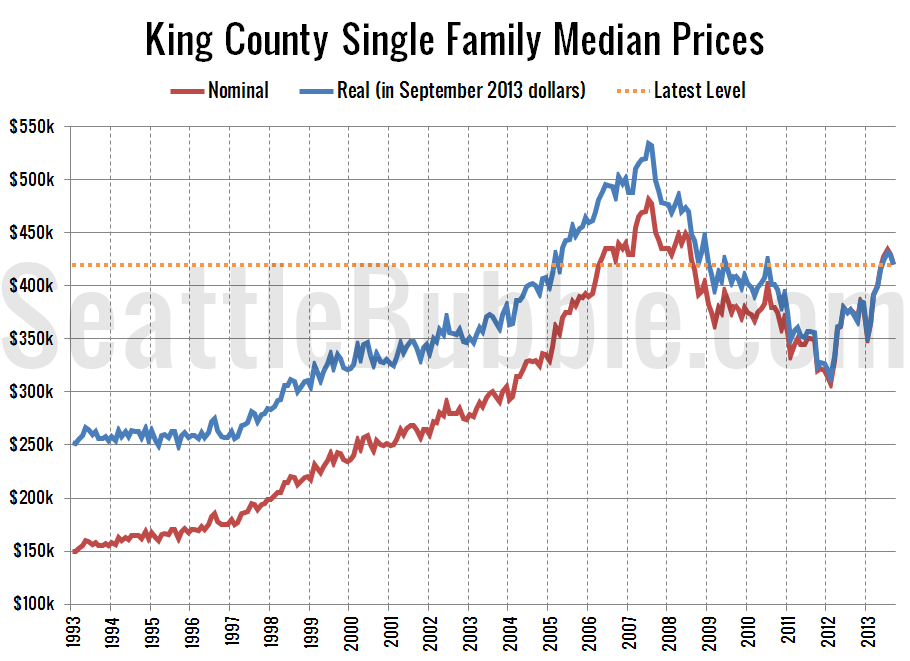 They have not yet published the press release to their website, but September market stats are now available from the NWMLS. Once they post a press release I’ll update this post with a brief snippet. Until then, let’s just go straight to the stats.

Just like we said earlier this week in the stats preview, inventory ticked up one more time this year, but didn’t quite beat 2012’s number yet. Pending sales fell for the fourth month in a row, while closed sales fell for the second month. The median price dipped slightly, putting home prices on par with where they were in February 2005 after adjusting for inflation. 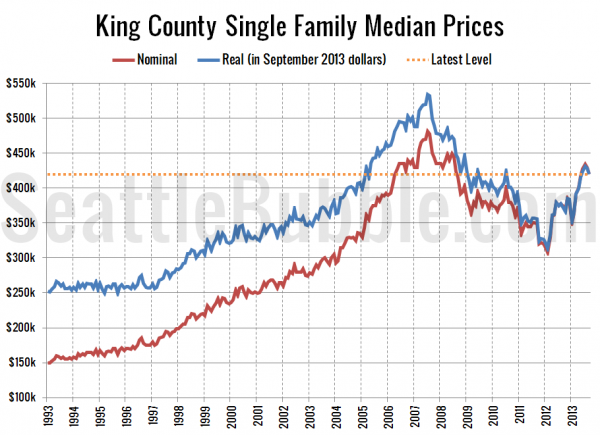 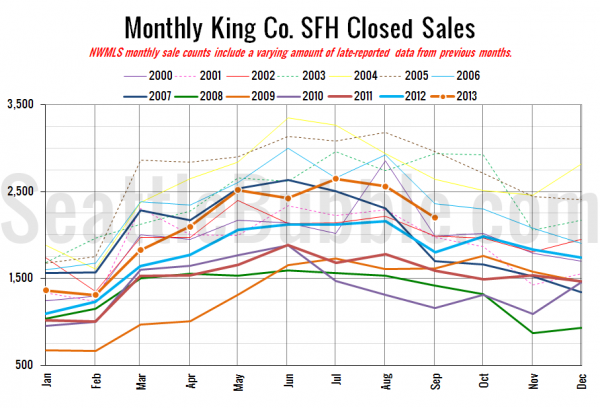 Closed sales fall between August and September most years, and 2013 was no exception. The decline was somewhat on the large side though, as the 6th largest drop in the last 21 years. 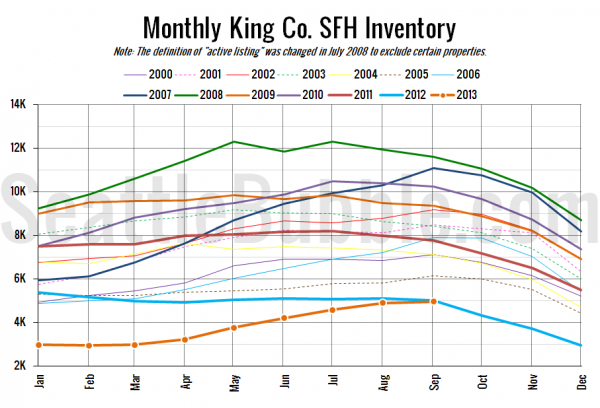 Still didn’t quite hit year-over-year positive inventory in September, even though we saw a month-over-month increase while last year the same period saw a decrease. Inventory was down less than one percent from a year ago—a lot better for buyers than the 44.7% year-over-year decrease we saw in January. 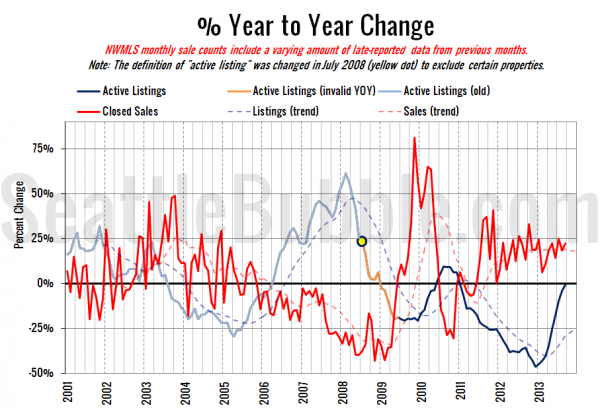 The supply trend almost hit zero, while the demand trend moved back up a bit. We’re still quite a ways from a good market for buyers. 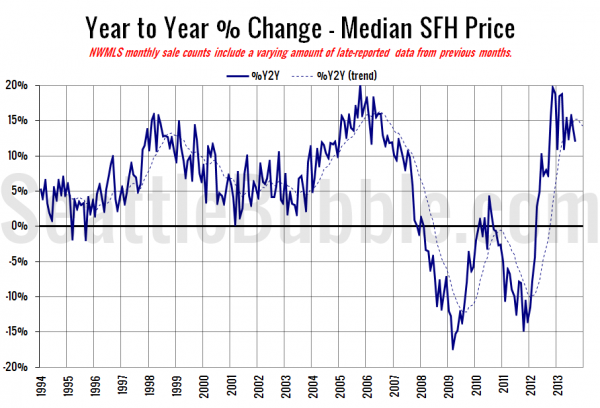 The median sale price fell for the second month in a row in September, but year-over-year the median price is still up double digits. 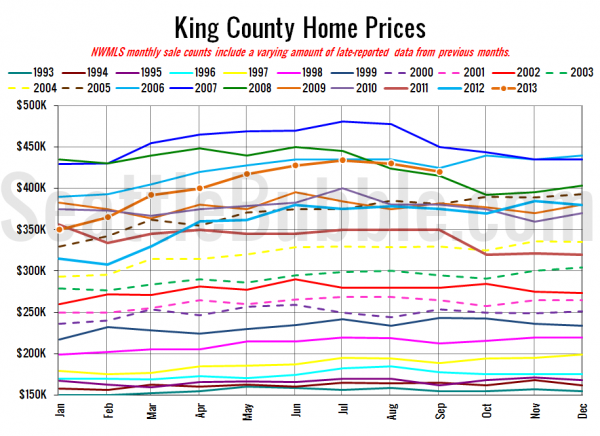