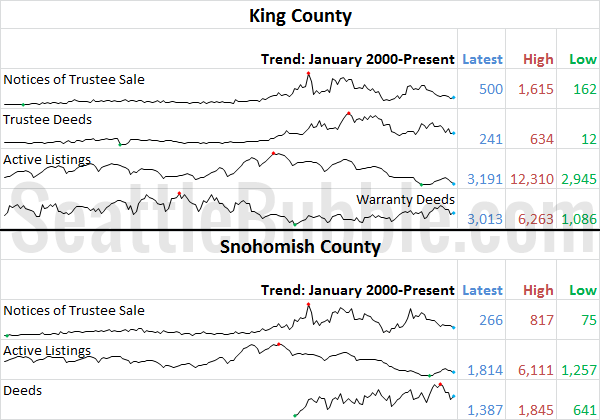 With the last month of 2013 now in the history books, let’s have a look at our stats preview. Most of the charts below are based on broad county-wide data that is available through a simple search of King County and Snohomish County public records. If you have additional stats you’d like to see in the preview, drop a line in the comments and I’ll see what I can do.

Following the typical seasonal trend, both listings and sales continued to drop in December. However, year-over-year, the picture continues to get better for buyers as sales in King County were down 8 percent, while listings were up 8 percent. Similar story in Snohomish, where sales were down 9 percent and listings up 35 percent. Foreclosure notices were down again from a year ago in both counties. 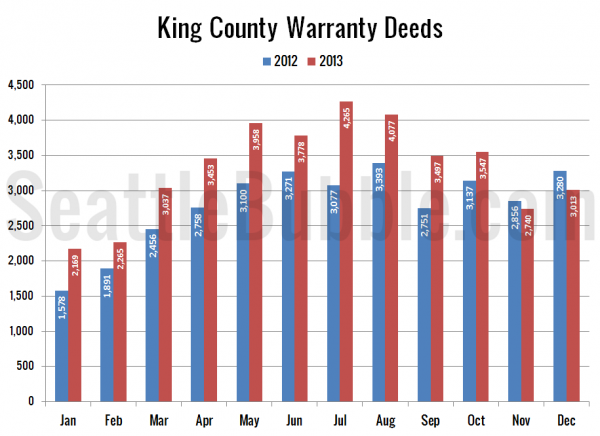 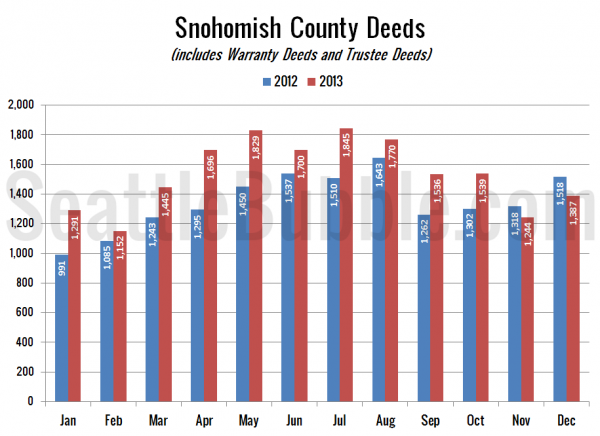 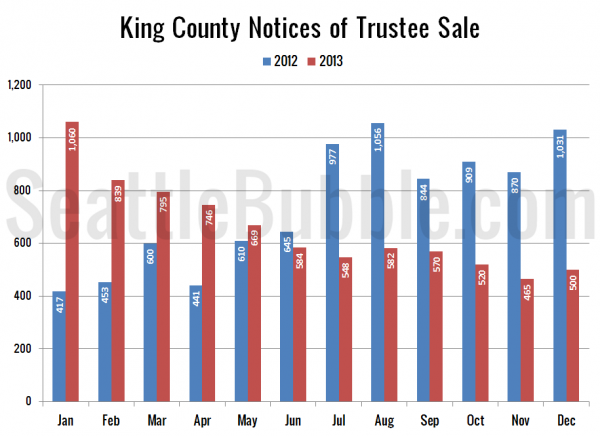 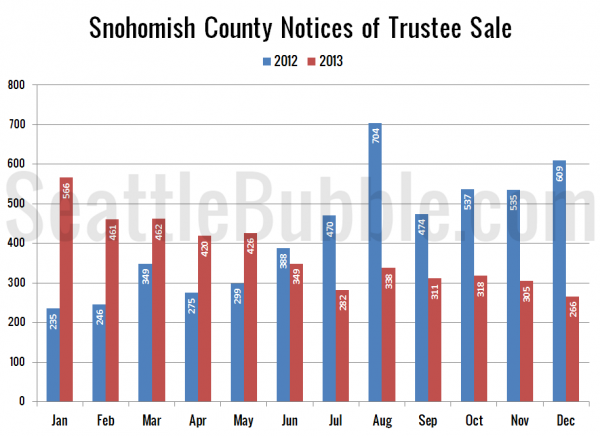 Foreclosures in both counties were down over 50 percent from a year ago. Month-over-month foreclosures increased in King and fell in Snohomish. King was down 51.5% from last year, and Snohomish fell 56.3%. 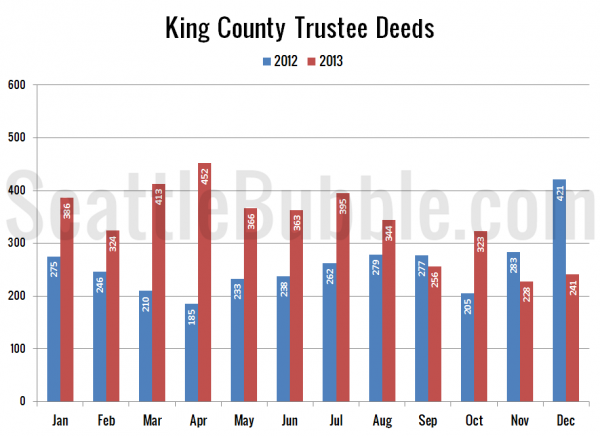 Trustee Deeds rose slightly between November and December, but were down 42.8% from a year earlier. 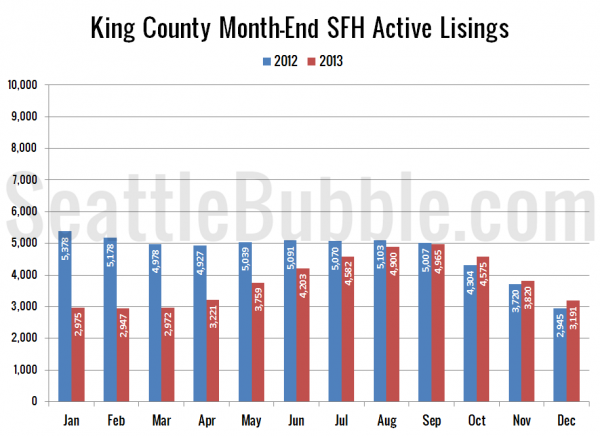 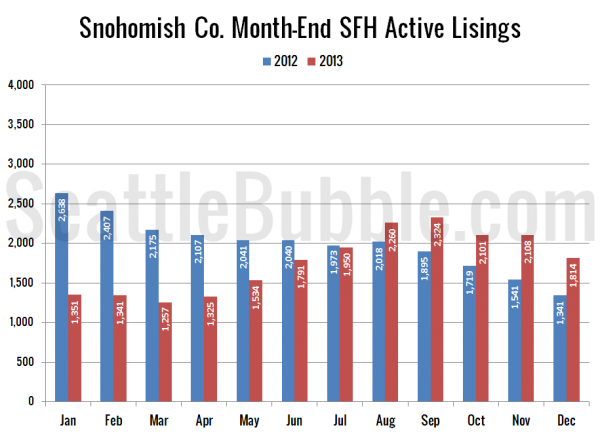 Same trend as the last two months as inventory continues its seasonal decline while remaining above last year’s level.